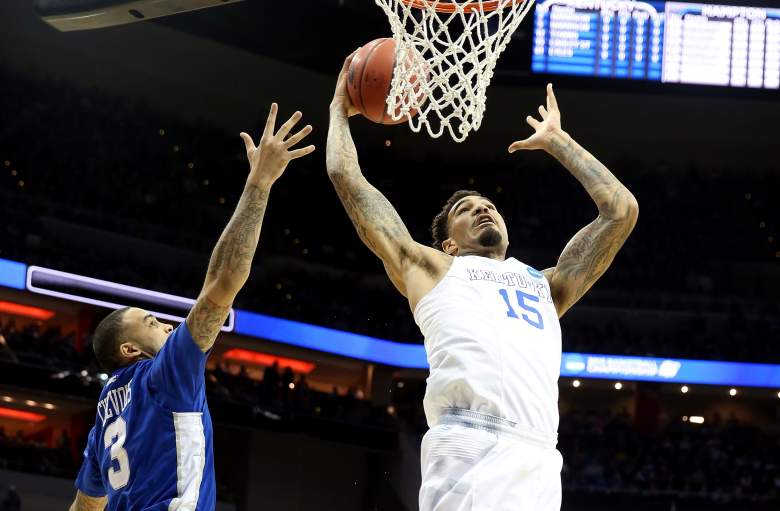 Kentucky’s Willie Cauley-Stein goes up for a shot during an NCAA Tournament game vs. Hampton on Thursday. (Getty)

Kentucky started slowly, but then regrouped and ran away from Hampton 79-56 Thursday night.

Karl Anthony-Towns had 21 points and 11 rebounds for the top-seeded Wildcats, which overcame a slow shooting start to improve to 35-0.

UK will next meet No. 8 Cincinnati, which beat No. 9 Purdue 66-65 in overtime in their Midwest Region game.

Quinton Chievous led the Pirates with 22 points and 10 rebounds.

– Hampton was shooting just 3 of 16 from the floor when the second official timeout came with 11:12 left.
– Kentucky was 9 of 15 shooting in the first 9 minutes of the second half.
– UK started the second half on an 8-2 run, forcing Hampton to use a timeout less than 3 minutes in.

Preview: Kentucky Looks to Stay Perfect In the NCAA Tournament

Kentucky is looking to make history.

The Wildcats are 34-0 and looking to become the first team complete a season undefeated since the 1975-76 Indiana Hoosiers accomplished the feat.

The Pirates, who defeated Manhattan 74-64 in a First Four game on Tuesday, are hoping to become the first No. 16 seed to beat a No. 1.

The Wildcats haven’t been challenged for much of the season, while Hampton’s win over the Jaspers finally got them to the .500 mark (17-17). 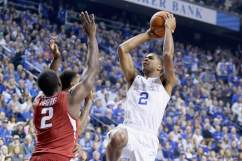 How to Watch Kentucky vs. Hampton Live Stream Online

Read More
Basketball, College Basketball, Kentucky Basketball, March Madness 2015
Kentucky did what it was supposed to do - win big. The top-seeded Wildcats ran away from No. 16 Hampton to improve to 35-0.