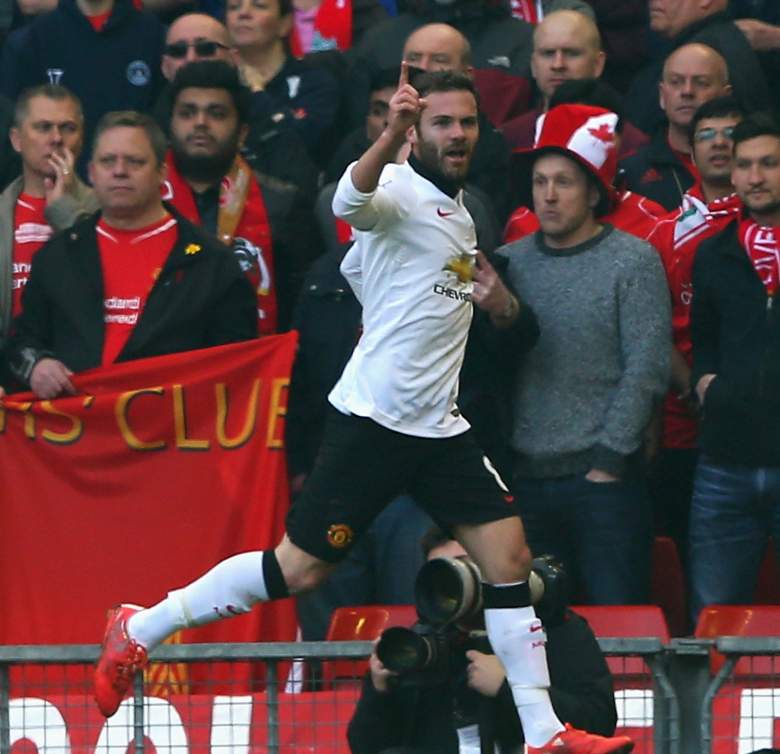 Juan Mata scored twice for Manchester United to lead the Red Devils to a pivotal road victory against Liverpool. (Getty)

This 2-1 Manchester United victory will be known for two things: the amazing scissor kick goal for Juan Mata of Manchester United to give them a 2-0 lead and Liverpool captain Steven Gerrard’s red card within 41 seconds of entering the game in the second half.

Mata scored twice for Manchester United, adding a first half goal in front of the Liverpool supporters as well, to lead them five points ahead of Liverpool in the battle for fourth place in the English Premier League. Manchester United has now beaten Liverpool three times this season, earning a 3-0 victory at Old Trafford on December 14th and a 3-1 victory in the International Champions Cup. Manchester United faces Aston Villa on April 4th before hosting second placed Manchester City on April 12th and visiting league leading Chelsea on April 18th.

Liverpool’s last two losses in the English Premier League have been to Manchester United and the Reds now have eight games to make up the five point deficit to Manchester United in the English Premier League. Liverpool looked to captain Steven Gerrard for motivation in the second half, but, after a couple good passes and a stern tackle to dispossess Juan Mata, Gerrard was sent off for a stamp on Ander Herrera within 41 seconds of entering the game. Down to 10 men, Liverpool fought for possession of the ball, getting a goal back from Daniel Sturridge in the 69th minute. Simon Mignolet stopped a penalty kick from Wayne Rooney in the 93rd minute, but it was not enough for Liverpool. The Reds head to London for a match with third in the table Arsenal on April 4th before returning for a replay of a quarterfinal match of the FA Cup away to Blackburn.

Here are some of the major highlights from the game:

Emotions got to his head. pic.twitter.com/wLNs2KFQAP

Steven Gerrard entered the game after the half and in less than a minute he was gone. After a harsh tackle on Juan Mata, he stepped on Ander Herrera and was shown a red card.

A sharp finish by the Manchester United midfielder gave the visiting Red Devils a lead in the 59th minute that they never squandered.

Daniel Sturridge scored in the 69th minute to make the game 2-1. It was his 4th goal of the season in the English Premier League, his 3rd since returning on January 31st after thigh and calf injuries hampered his season.

Liverpool is back to their winning ways from the 2013-2014 season, beating Swansea City 1-0 earlier in the week. Liverpool has won five straight matches in the English Premier League to move within two points of Manchester United and the 4th spot in the English Premier League. Of course, the 4th spot in the table is pivotal because that leads to Champions League contention and Liverpool looks to return to the Champions League after a poor showing in 2014-2015, where they lost in the group play. Champions League contention seemed like a long shot as the Reds sat 12th in the table earlier in the 2014-2015 season, but the change to a 3-4-3 formation in a 3-0 loss to Manchester United on December 14th has rejuveniated Liverpool. Emre Can has become a defensive stalwart, using his speed and aggression moving forward, and once-banished Simon Mignolet has seven clean sheets since the beginning of the New Year. Liverpool has lost twice to Manchester United this year, also losing to them in the preseason International Champions Cup 3-1, and look to regain their form from last season where they beat Manchester United 1-0 and 3-0 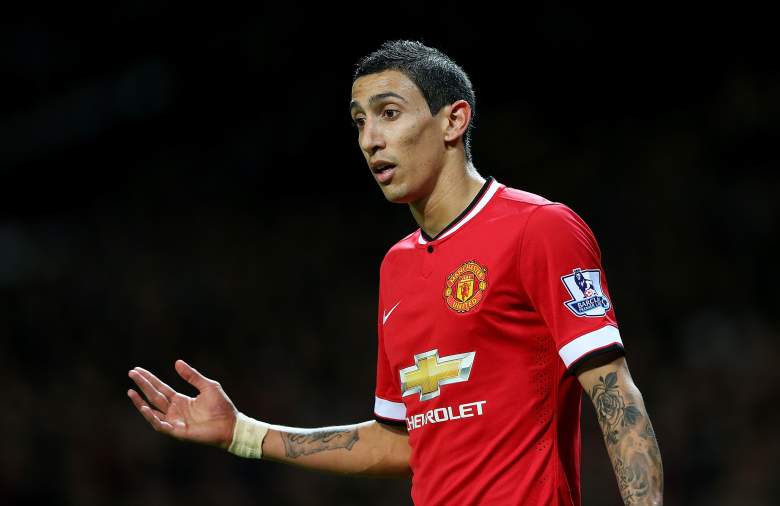 Manchester United is back in Top Four form after a couple rough fixtures in February and dropping out of the FA Cup against Arsenal. Manchester United came out strong against Tottenham last Saturday, drubbing Spurs 3-0 at Old Trafford. Hopes are high for United as they beat Liverpool 3-0 at Old Trafford in December and are two points ahead of the Reds in the table. Angel Di Maria returns after a one-match ban for grabbing an official, but Robin van Persie, who scored in the first match, is not fit to play and Luke Shaw may be limited against Liverpool.