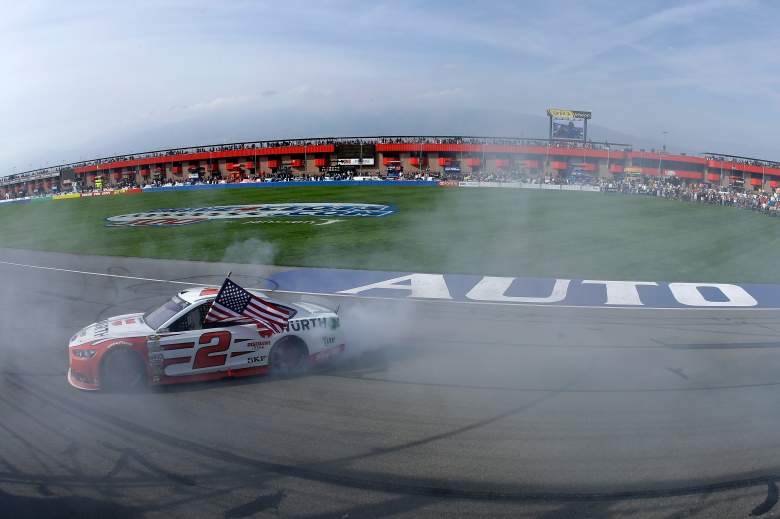 Keselowski took advantage of a second attempt on a green-white-checkered finish to pick up the victory at Auto Club Speedway in Fontana, California, his first of the NASCAR Sprint Cup season.

It was his 17th career win, including his first at ACS. Keselowski had 3 top 10 finishes in a row this season before Sunday’s victory.

Kevin Harvick, who was looking for his 3rd-consecutive victory on the NASCAR Goes West tour, took second, his 3rd runner-up finish of the season.

Pole-sitter Kurt Busch was third in his second race of the season after being suspended for domestic abuse. He led a race-best 65 laps. 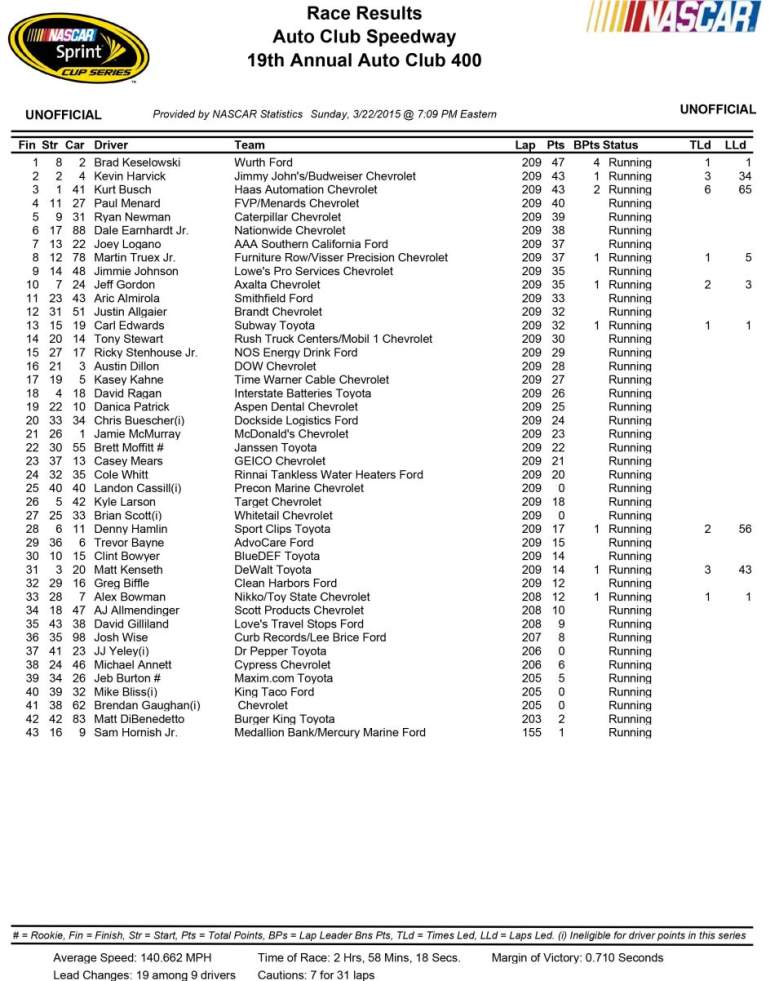 – All 43 cars are still running in the race
– 7th caution (debris) on the first green-white-checker
– 6th caution (debris) came with 1 lap to go resulting in a green-white-checkered finish
– Fast pit for Matt Kenseth but broke an axle
– The 5th caution (Lap 185) for debris on Turn 1
– With 20 laps to go, the top 4 are: Matt Kenseth, Kevin Harvick, Kurt Busch & Jimmie Johnson
– Matt Kenseth takes the lead coming out of the 4th caution
– Joey Logano will go to the back of the field for an uncontrolled tire on pit road
– The 4th caution (Lap 153) for 3 on the front straightaway
– Kurt Busch and Kevin Harvick enter and exit pit road on Lap 140; they stand 1-2 with 60 left
– With 85 laps to go: Kurt Busch, Kevin Harvick and Joey Logano are 1-2-3
– New leaderboard out of pit: Martin Truex Jr., Tony Stewart, Kurt Busch and Denny Hamlin
– The 3rd caution (Lap 98); Sam Hornish Jr. hit the wall after bumping Trevor Bayne
– New leaderboard out of pit: Matt Kenseth, Kurt Busch, Kevin Harvick and Denny Hamlin
– The 2nd caution was called for debris on the track on Lap 85
– Through 79 laps, there was only 1 caution (Lap 22)
– Through 76 laps, Denny Hamlin had led for 44; Kevin Harvick was in front for 19
– Pole setter Kurt Busch led for 5 laps

Caution is out for debris in turn 1 at @ACSupdates! This changes everything… No doubt the most important pit stops of the day coming up!

.@KurtBusch is being told to save fuel — Crew saying he is 1.5 laps short for the finish at @ACSupdates. #NASCAR

@KevinHarvick not pleased with some lapped cars.

Leaders hit pit road. Working the 2nd caution of the day at @ACSupdates. Kenseth wins the race off followed by KuBusch and Harvick. #NASCAR

Brad @Keselowski gets a big push from @ClintBowyer just after the restart at @ACSupdates. 90 laps to go on @FOXTV! pic.twitter.com/BNHU2XDrtU

Kevin Harvick has been as dominant as you can be so far on this young NASCAR season.

He’s coming off back-to-back wins in Phoenix and Las Vegas and has two runner-up finishes at the season-opening Daytona 500 then the following week at Atlanta.

Harvick is looking for the third-straight win on the NASCAR Goes West portion of the Sprint Cup schedule.

He’ll start second in Sunday’s Auto Club 400 in Fontana, California. Kurt Busch, fresh off a suspension for domestic abuse, will be on the pole. 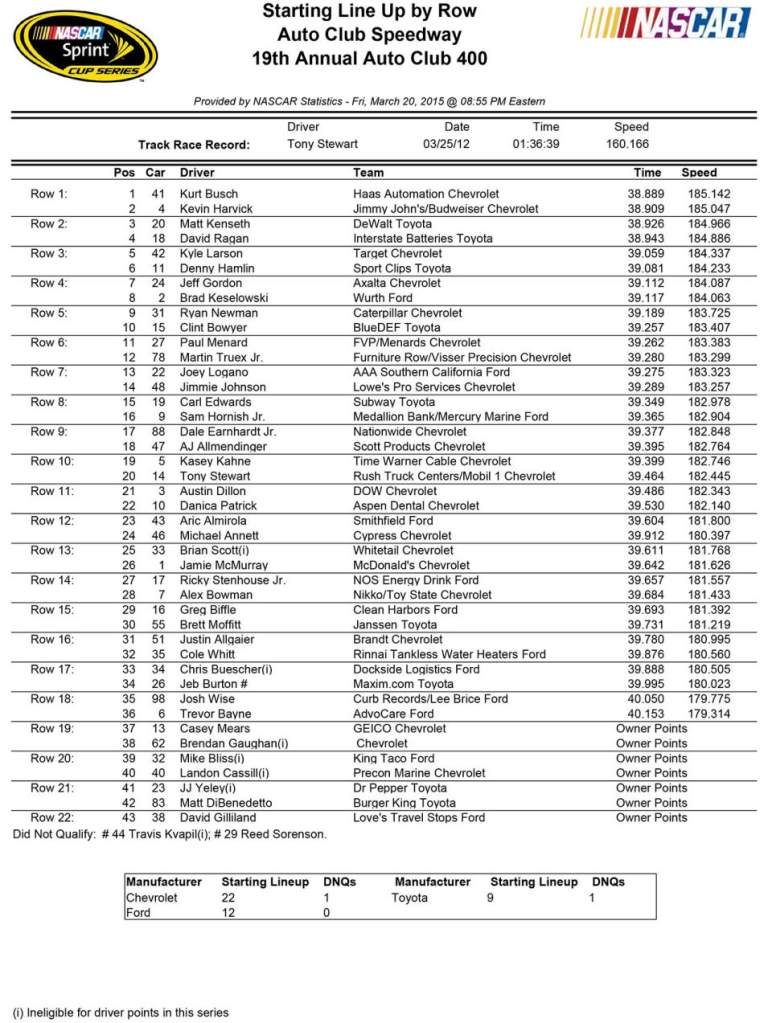 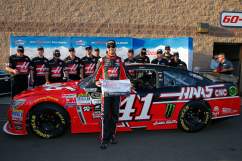 Read More
Auto Racing, NASCAR
Brad Keselowski led just one lap in Sunday's Auto Club 400 - the final one - to get his first win of the NASCAR season. Click here for the results and highlights.