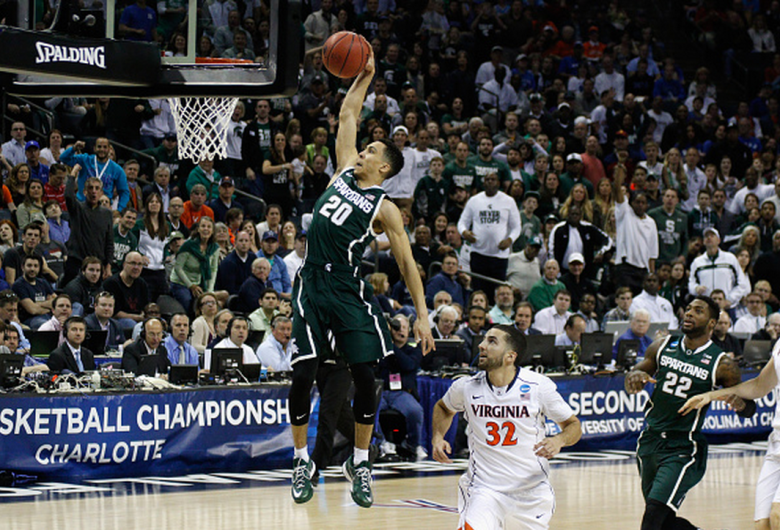 Michigan State’s Travis Trice drives to the basket against the Virginia Cavaliers during the third round of the 2015 NCAA Men’s Basketball Tournament. (Getty)

Michigan State Head Coach Tom Izzo knows the recipe to a successful postseason and so far he has done a good job of showcasing that. After finishing out the regular season as runners-up in the Big Ten Conference Tournament, the Spartans routed No. 10 Georgia in the round of 64 and then delivered an upset to No. 2 Virginia. With the win over the Cavaliers, Michigan State moves on another week to the Sweet 16 – its the Spartans 13th Sweet 16 appearance in the past 18 seasons.

Sparty will take on Oklahoma, which was one of seven teams that represented the Big 12 in this year’s NCAA Tournament. After receiving a selection committee bid, the Sooners defeated No. 14 Albany in the Round of 64. Oklahoma faced the known sleeper team – Dayton – and put them to rest in the round of 32 as they beat the Flyers, 72-66. With the win, the Sooners not only move on to the Sweet 16, but also head coach Lon Kruger becomes the first coach in NCAA history to win a tournament game with five different teams – Oklahoma, Kansas State, Florida, Illinois and UNLV – four of which advanced to the Sweet 16. 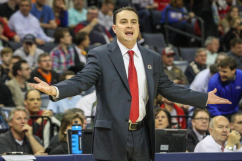 Read More
Basketball, College Basketball, March Madness 2015
After four days of madness, college hoops is moving on to the Sweet 16. Get to know the East region matchup between No. 3 Oklahoma and No. 7 Michigan State.