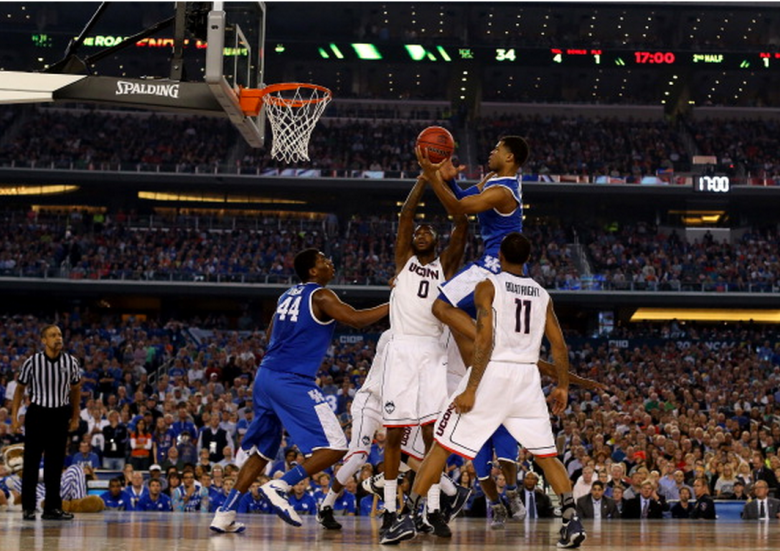 Andrew Harrison #5 of the Kentucky Wildcats goes to the basket against the Connecticut Huskies during the NCAA Men’s Final Four Championship at AT&T Stadium on April 7, 2014 in Arlington, Texas. (Getty)

Selection Sunday is here, and the NCAA tournament bracket has been unveiled.

You can print out a bracket below by clicking the “download” button in the lower-left corner of the screen.

The Sweet 16 is set for March 26 and 27, with the Elite Eight to follow March 28 and 29. The national semifinals will take place April 4 in Indianapolis, with the title game to follow on April 6.

Click here for a rundown of conference tournament title games and other key dates.