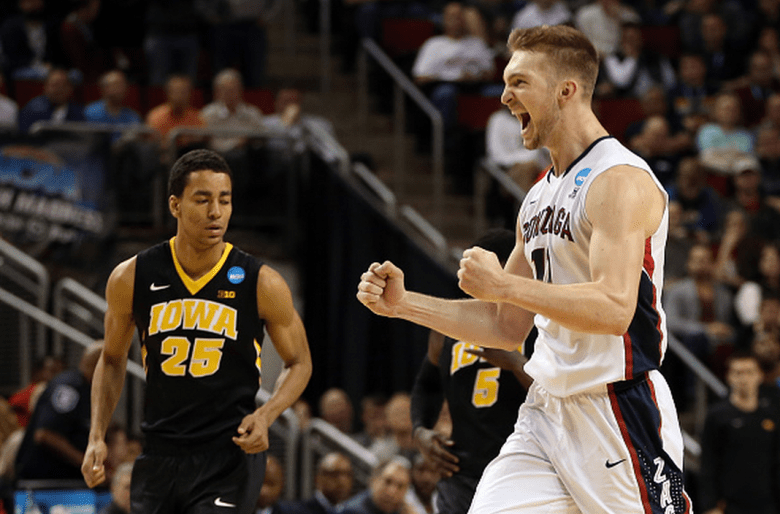 Gonzaga’s Domantas Sabonis celebrates against the Iowa Hawkeyes in the second half of the game during the round of 32 in the 2015 NCAA Men’s Basketball Tournament. (Getty)

After a week of literal madness, the field of 68 has dwindled to just 16 still vying for the national championship. Four of those teams have already punched their tickets to the Elite Eight, while the others will face off today, Friday, March 27. Kicking off Day 2 of the Sweet 16 is No. 2 Gonzaga vs. No. 11 UCLA.

The Zags punched their ticket to the dance with an automatic bid for winning the West Coast Conference tournament. The Bulldogs opened up NCAA Tournament play with a win over No. 15 North Dakota State in the round of 64. Gonzaga then knocked off No. 7 Iowa, 87-68, to move on to the Sweet 16.

The Zags will go head-to-head against UCLA.

The Bruins joined the dance floor after receiving a selection committee bid. Although UCLA slid by in the round of 64 with a close win, 60-59, over SMU, the Bruins handily beat No. 14 UAB, 92-75, to advance to the Sweet 16. Under the direction of Steve Alford, UCLA is heading into the next round posting a record of 22-13 (11-7).

The game starts at 7:15 p.m. Eastern and will be covered by CBS. The announcers for the game will be Jim Nantz, Bill Raftery, Grant Hill and Tracy Wolfson.

The winner between Gonzaga and UCLA will move on to play with the winner of No. 1 Duke and No. 5 Utah in the Elite 8. That game will take place on Sunday, March 29.

But before that happens, here’s how to watch Gonzaga vs. UCLA online and on mobile: 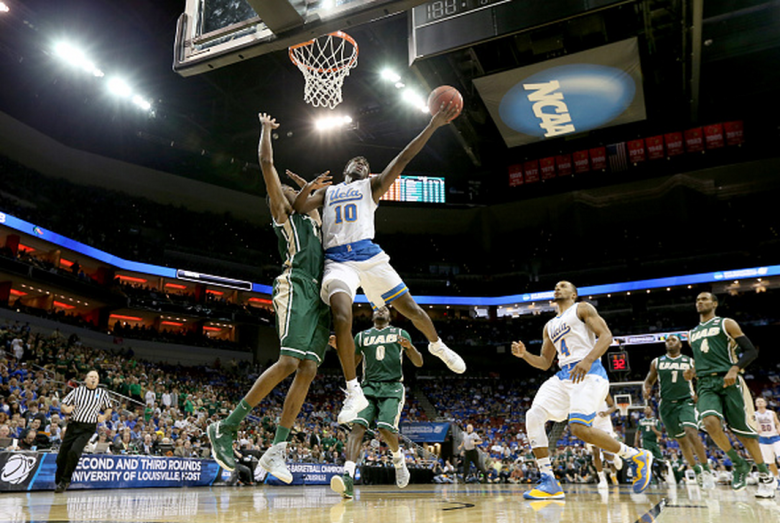 UCLA’s Isaac Hamilton drives to the basket against the UAB Blazers in the 2015 NCAA Men’s Basketball Tournament. (Getty) 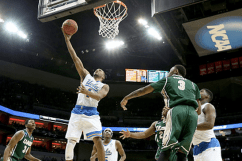 Read More
Basketball, College Basketball, March Madness 2015
The Sweet 16 in the NCAA Tournament continues March 27. Find out how to watch South matchup No. 2 Gonzaga vs. No. 11 UCLA online and mobile here.