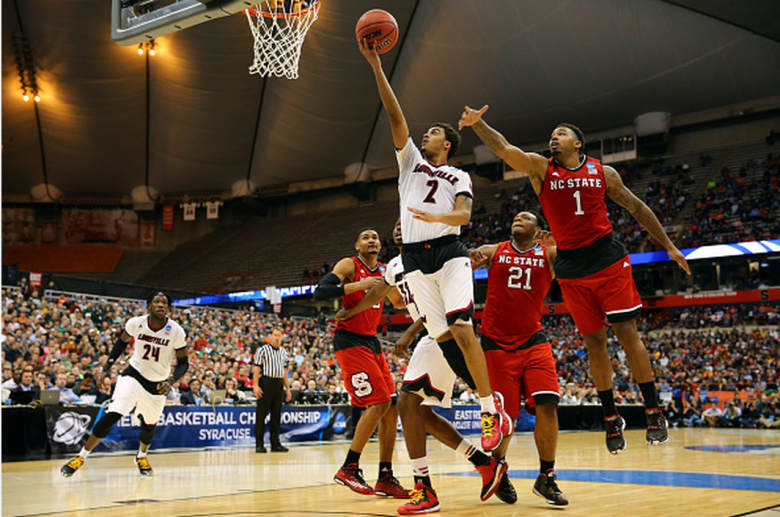 One more day is all that is left to determine the Final Four for March Madness 2015. Three of the teams punched their tickets already, and the last one to join them will be either No. 4 Louisville vs. No. 7 Michigan State.

Two years removed from winning the national championship and one from a Sweet 16 appearance, the Cardinals are back at it again. So far Louisville has knocked off No. 13 UC Irvine, No. 5 Northern Iowa and ACC foe No. 8 NC State.

And like Cardinals’ head coach Rick Pitino, the Spartans also have a coach who knows how to win in the postseason.

In his 18th-straight NCAA Tournament appearance, Tom Izzo has led Michigan State past No. 10 Georgia, No. 2 Virginia and No. 3 Oklahoma to move on to the Elite Eight.

The game starts at 2:20 p.m. Eastern and will be covered by CBS. The announcers for the game will be Verne Lundquist, Jim Spanarkel and Allie LaForce.

The winner between Louisville and Michigan State will move on to face the winner of No. 1 Duke vs. No. 2 Gonzaga in the Final Four. That game will take place on Saturday, April 4.

But before that happens, here’s how to watch Louisville vs. Michigan State online and on mobile: 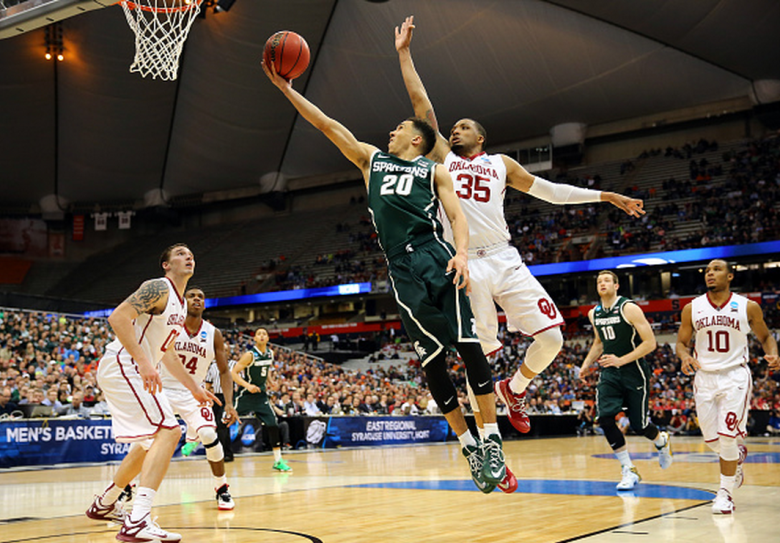 Read More
Basketball, College Basketball, March Madness 2015
The Elite Eight in the NCAA Tournament continues March 29. Find out how to watch East matchup No. 4 Louisville vs. No. 7 Michigan State online and mobile here.