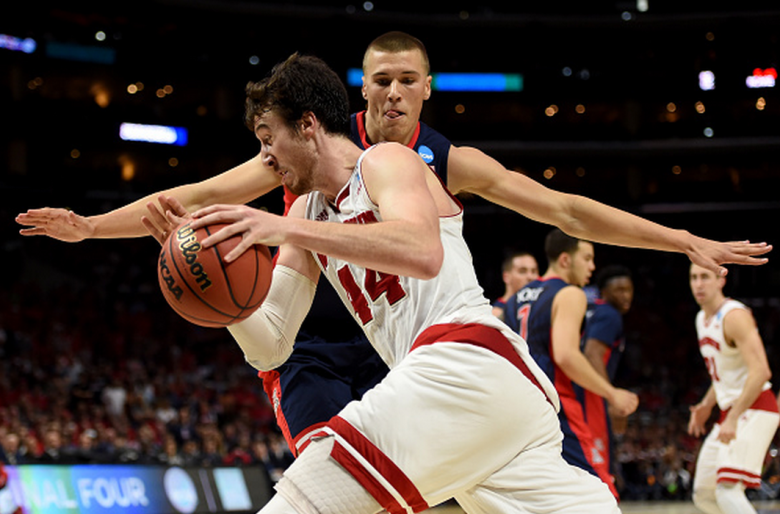 Wisconsin has made it past two rematches from a year ago. The first came after the Badgers knocked off No. 16 Coastal Carolina, it was against No. 8 Oregon. Then Wisconsin faced its second rematch of the NCAA Tournament – knocking off No. 2 Arizona in the Elite Eight to advance to the Final Four for the second-straight year. And now Wisconsin will face its third rematch next weekend against No. 1 Kentucky.

Last year the Badgers road ended in the Final Four with a loss to Kentucky. Will it be a different outcome this year?

The Badgers will have their work cut out for them just like the 38 teams before them. The Wildcats head into their fourth Final Four in the past five seasons after defeating No. 16 Hampton, No. 8 Cincinnati, No. 5 West Virginia and No. 3 Notre Dame, 68-66, in a game that came down to the wire.

It will be a classic 1-seed vs. 1-seed in the Final Four next Saturday, April 4.

Keep up with OddsShark for when it publishes the matchup odds and line.