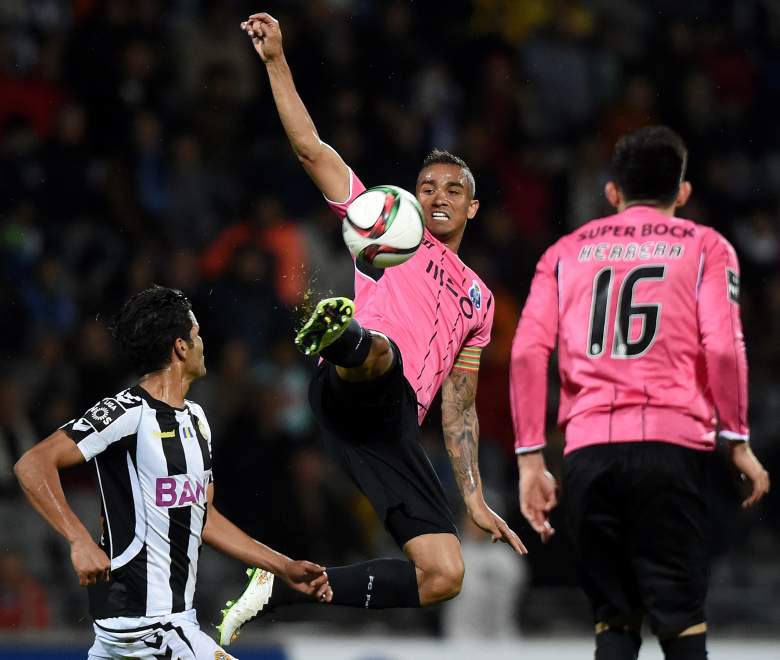 New Real Madrid defender Danilo clears the ball during a game for Porto in March. (Getty)

Brazilian international Danilo has developed into a quality right back for FC Porto over the past several seasons. His performances garnered interest from a variety of European clubs, with Real Madrid winning the race for his signature on March 31.

Here’s what you need to know about the newest Galactico:

1. He Rose Up Through The Ranks in Brazil 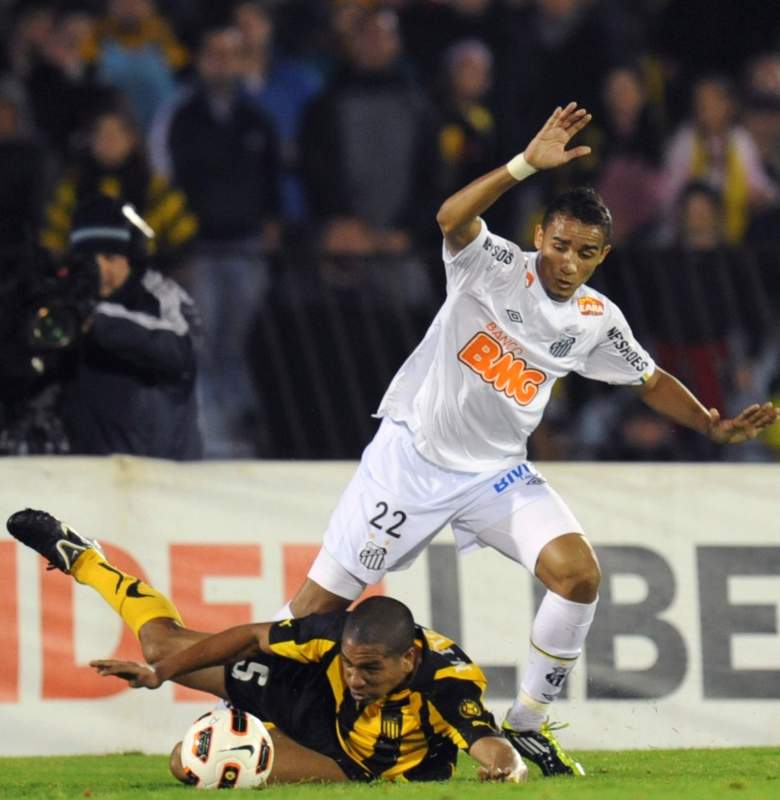 Danillo, top, goes for the ball against a Penarol player during the final of the 2011 Copa Libertadores. Santos would win the competition for the first time since 1963. (Getty)

Santos, the club responsible for giving many young Brazilians their breaks such as Neymar, signed Danilo in 2010.
Like many players in Brazil, 37.5 percent of Danilo’s rights were acquired by investment company DIS Esporte, with Santos retaining 37.5 percent of his rights and America Futebol Club keeping 25 percent. This is commonly done to split up the future transfer fee of the player when he moves on.

He made 49 appearances for Santos, including helping the team win the 2011 Copa Libertadores — the South American equivalent to the UFA Champions League — for the first time since 1963. 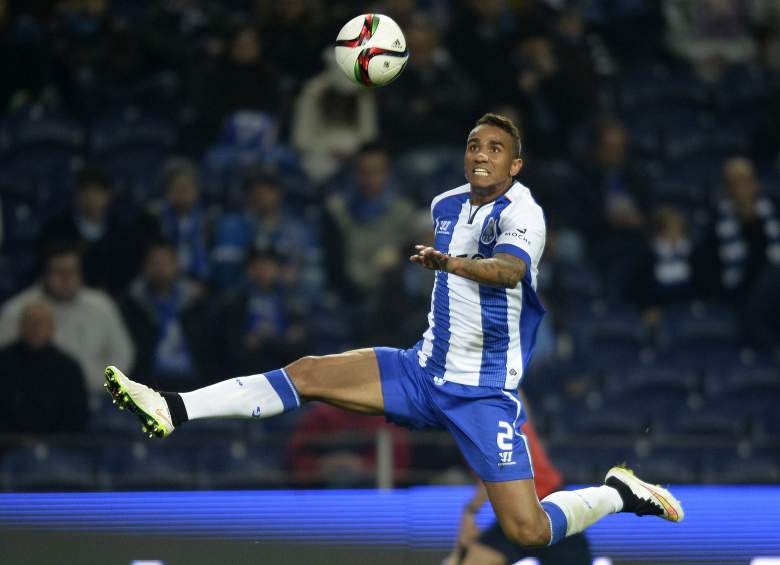 Danilo jumps for the ball during a match with Porto from 2014. (Getty)

After dazzling for Santos, many European teams took notice. Porto snapped up the 20-year-old during the 2012 January transfer window.

Signed along with Alex Sandro, another highly-rated defender, Danilo went straight into the Porto lineup and has been a fixture since.

In his three seasons with Porto, Danilo won two Portuguese league titles and currently has the club in the quarterfinals of the Champions League. Porto is also three points behind Portuguese league-leaders Benfica with eight games remaining.

3. He Has Been Capped for Brazil 13 Times 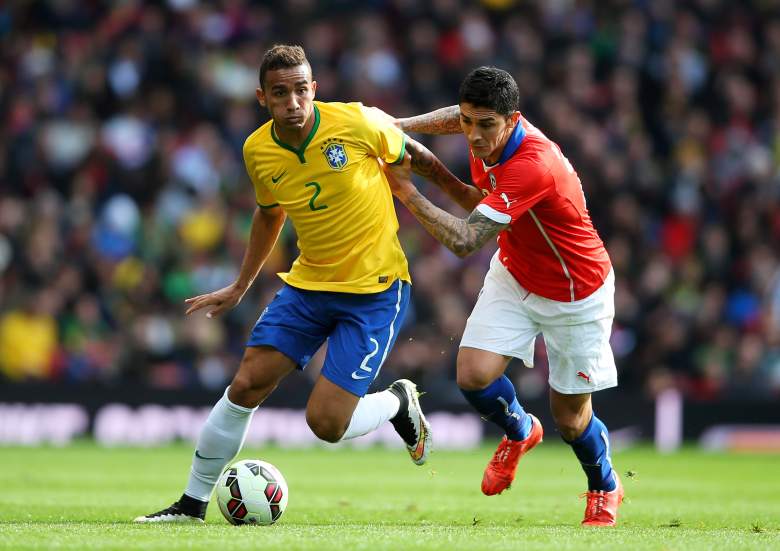 Danilo, left, appears in a game for Brazil against Chile March 29. Danilo has 13 caps for his country. (Getty)

As a 20-year-old for Santos in 2011, Danilo made his international debut for Brazil against Argentina. He has made 12 apperances since, including helping Brazil earn a silver medal at the 2012 London Olympics.

However, he did not make Felipe Scolari’s 23-man squad for the 2014 World Cup as Scolari opted to go with the more experienced Maicon (now 33) and Dani Alves (31) at right back.

Danilo returned to the squad under new manager Dunga, including in a 1-0 friendly win over Chile last week.

Getting one over on their arch rivals, Los Blancos beat Barcelona for Danilo’s services. Barcelona had targeted Danilo as a long-term replacement for Dani Alves, who is out of contract at the end of the season, but couldn’t secure a deal. Barcelona’s transfer embargo that lasts until January 2016 may have hurt the club in its pursuit of the defender.

Real Madrid and Danilo agreed on a six-year contract. The transfer will go through July 1, when the transfer window reopens.

The signing also continues a massive tradition Porto has of finding gems and selling them on for profit. 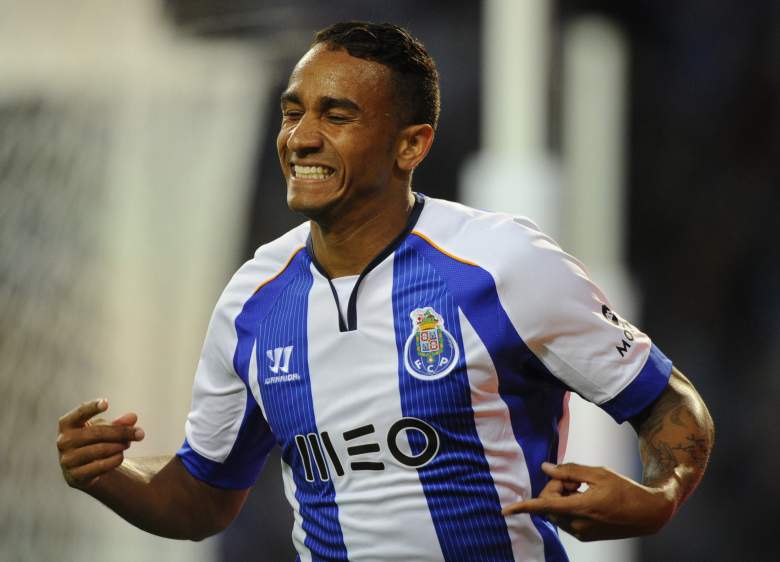 After an up-and-down start to his Real Madrid career, Dani Carvajal — who was signed in 2013 from German side Bayer Leverkusen for $8 million — finally settled into the right back role this season. Making 23 appearances in La Liga, Carvajal lost his place in the Champions League to 32-year-old Alvaro Arbeloa.

Danilo is a likely upgrade over the Spanish international and solidifies one of the weaker positions on the field for Real Madrid.