Born John Paul Vaccaro in Trafford, Pennsylvania, “Sonny” busted out of the tiny borough near Pittsburgh and grew up to be one of the most influential sports marketing executives the industry has ever seen.

A pioneer in the sneaker industry who worked closely with high school and college programs, Vaccaro is the subject of a new ESPN 30 for 30 documentary titled “Sole Man.” The film will air Thursday night at 9 p.m. Eastern on ESPN.

Vaccaro rubbed elbows and got big-time college basketball coaches like Jim Boeheim of Syracuse and John Thompson of Georgetown to sign shoe deals, putting his company’s brand on the best and most recognizable players in the country. The brands took off and the money poured in.

But it wasn’t always all fun and games as Vaccaro took a tremendous amount of heat and criticism for his tactics, which many deemed money-driven and unscrupulous.

Here’s what you need to know about Sonny Vaccaro:

Vaccaro, now 75, was a sports marketing executive best known for his tenure at Nike.

He left Nike for Adidas and made a huge impact for that company.

Vaccaro was an ace pitchman and used grassroots marketing to become a huge success. He would offer contracts to both college and youth athletics programs, who in turn offered shoes to players. He says he saw no harm in his tactics.

2. He Signed Michael Jordan to his First Sneaker Deal

As a broker for Nike, he signed Michael Jordan to his first sneaker deal in 1984. The 5-year deal was worth about $2.5 million, plus royalties.

In 1985, Nike gave Jordan his own sneaker line and the Air Jordan was born.

The original Air Jordan I sneaker sold for $65. You could say the shoes made an impact; Jordan hasn’t played since the 2002-03 season and Nike still makes the shoe. 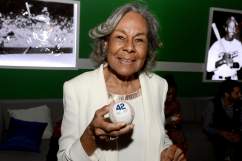 Vaccaro was a founder of the ABCD All-America Camp, which ran from 1984-2007. It was one of the premier – if not, the premier – camp for the top high school players. Some alumni of the camps include Kobe Bryant, LeBron James and Dwight Howard.

4. Vaccaro Was Often Criticized by Traditionalists for his Business Tactics

To say Vaccaro was criticized for his role in youth basketball would be an understatement.

Basketball traditionalists often blamed him for destroying the purity of the game. They believed Vaccaro was just a salesman, not looking out for the best interests of the young players. And he was only there to glamorize the game and make money for whatever company he was working for.

Vaccaro tells ESPN in the documentary:

I don’t influence kids. I don’t think anyone should be involved in the recruiting process except parents and kids. If things happen subconsciously, like in ‘The Manchurian Candidate,’ brainwashing, well, I can’t control that. 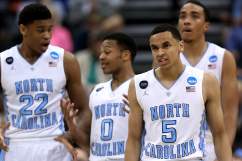 5. He Has Cut Ties With Shoe Companies

Vaccaro severed ties with the shoe companies about 8 years ago and now is a critic of a system which he believes is corrupt and detrimental to the growth of young players.

For years Vaccaro had been against schools and the NCAA profiting when the players were unable to share in the money they helped generate.

It’s just the NCAA imposing its own set of rules. It’s selfish on their part. These kids are working for the NCAA — it’s an employment contract.

So when former UCLA basketball star Ed O’Bannon sued the NCAA for profiting from their names and likenesses, and won, Vaccaro was ecstatic, calling it his “proudest moment.”