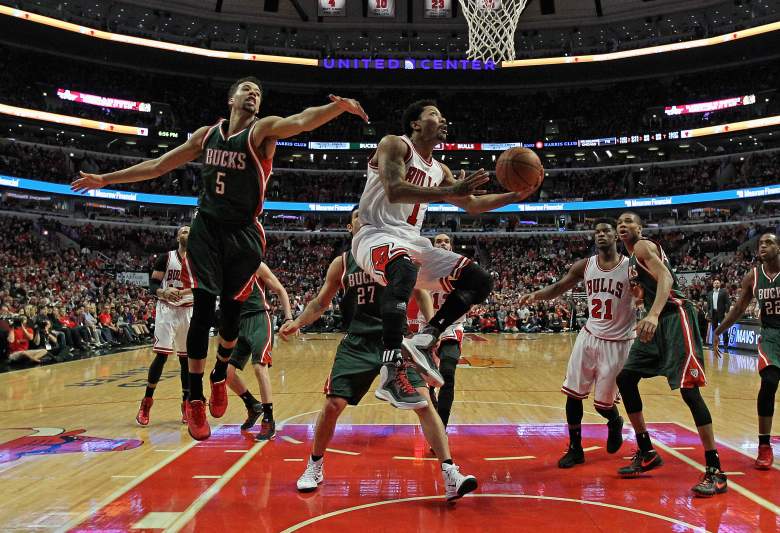 Derrick Rose goes up for a shot Saturday in the Bulls’ playoff win over the Bucks. (Getty)

Behind 25 points from Jimmy Butler and 23 from Derrick Rose, the Chicago Bulls won Game 1 103-91 over the Milwaukee Bucks in the first round of their NBA Playoff series.

The Bucks gets a chance to even the series Monday night in Game 2 in Chicago. Including Saturday, the Bulls have won 4 of 5 against Milwaukee this season.

The game tips at 8 p.m. Eastern and will be televised on TNT. 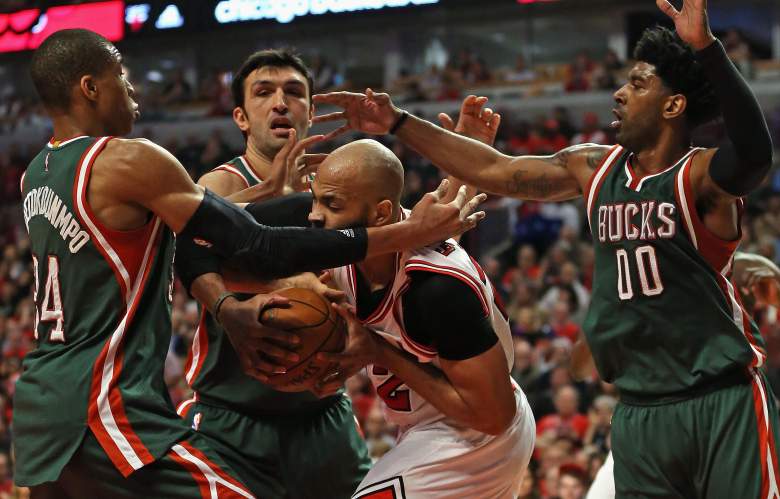 Taj Gibson of the Chicago Bulls is pressured by Giannis Antetokounmpo (34), Zaza Pachulia (27) and O.J. Mayo (00) of the Bucks Saturday. (Getty)

Read More
Chicago Bulls, NBA, NBA Playoffs 2015, TNT, TV
Chicago took Game 1 from Milwaukee and now the Bulls and Bucks are set for Game 2 Monday. Get all the information on how to watch the game here.