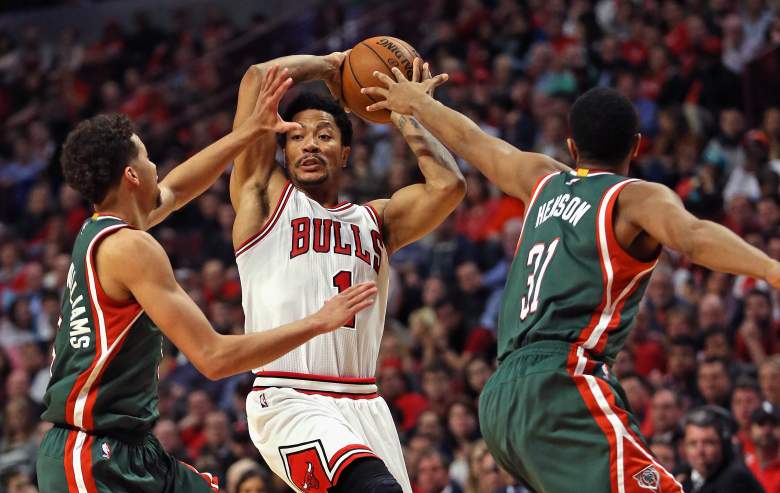 After going down 3-0, the Milwaukee Bucks have won 2 straight from Derrick Rose and the Chicago Bulls. Game 6 is Thursday night. (Getty)

With their backs against the wall, the Milwaukee Bucks responded.

Down 3-0 in their opening round series against the Chicago Bulls, Milwaukee used a buzzer-beater from Jerryd Bayless to steal Game 4 then a near triple-double from Michael Carter-Williams to win Game 5. Thursday night at home, the Bucks have a chance to even the series.

The game tips off at 7 p.m. Eastern and will be televised by TNT.

Brian Anderson (play-by-play), Steve Smith (analyst) and Allie LaForce (reporter) will be on the call.

Sign up for DraftKings and play one-daily fantasy basketball during the playoffs to win big cash prizes.