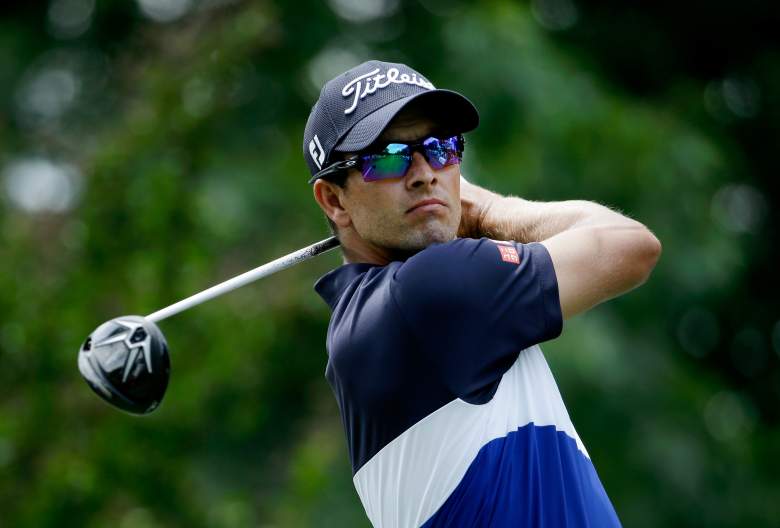 Adam Scott is the defending champion at the Crowne Plaza Invitational. (Getty)

The PGA Tour is in Fort Worth, Texas, this week for the Crowne Plaza Invitational at Colonial.

Played on the private course of the Colonial Country Club, this is the 69th time the PGA pros will tee it up in the prestigious event.

Defending champion Adam Scott is one of the notable names the field. Scott defeated Jason Dufner in a playoff to win the 2014 event. Dufner is also committed this week.

Tee times have yet to be released, but click here to see the field.

Who’s not playing this week (and I’m sure the rest of the field doesn’t mind) is world’s No. 1 Rory McIlroy, who dusted the competition at Quail Hollow for a 7-stroke win at the Wells Fargo Championship. His 21-under 267 set the course scoring record by 5 shots (Anthony Kim).

Editors note: The U.S. Open is next month and Heavy’s partners at DraftKings have created a fantasy golf contest which can turn your $20 entry fee into $1 million. The PGA Millionaire Maker begins on June 18 and first prize wins $1 million. It’s too early to pick your team now, but head over to DraftKings to sign up and reserve your spot in the contest today. If you are new to DraftKings, when you create an account and are asked for a promo code, use “HEAVY.”

Keep reading for all the information you need for this week’s Crowne Plaza Invitational:

FedExCup Points For the Winner: