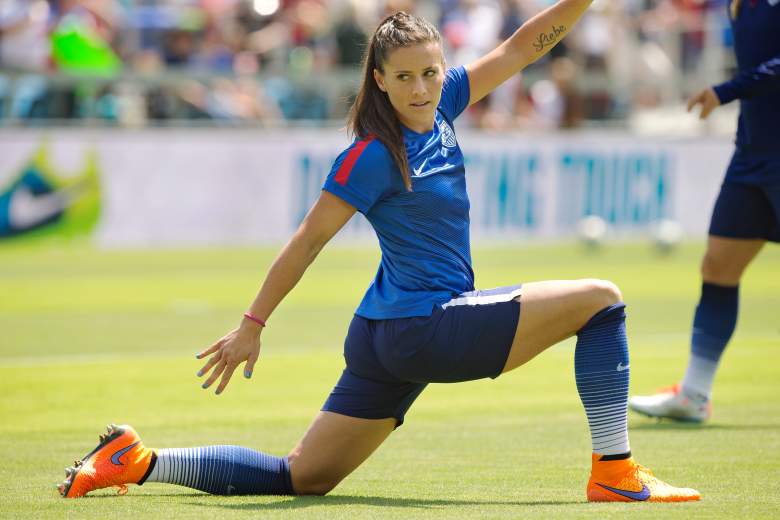 Krieger, who started at right back for all three group play matches, is an important part of Team USA (Getty).

During the 2015 Women’s World Cup, much discussion has been made about USA’s front line. The right formula of Press, Leroux, Morgan and Wambach has yet to be discovered, and coach Jill Ellis has used her substitutions during games to figure out her best lineup. She is able to do this because of the confidence she has in her back line. The defense of Team USA has been stellar in this tournament, settling down after an early goal to Australia to allow 1 goal through 270 minutes of action.

Present forall 270 of those minutes has been Ali Krieger at right back. The 30 year old from Virginia has been a cornerstone of the team since breaking into the roster in 2008. An aggressive ball-winner, Krieger has suffered some pretty serious injuries in the past, but has always come back with the same competitive fire that has made her successful. 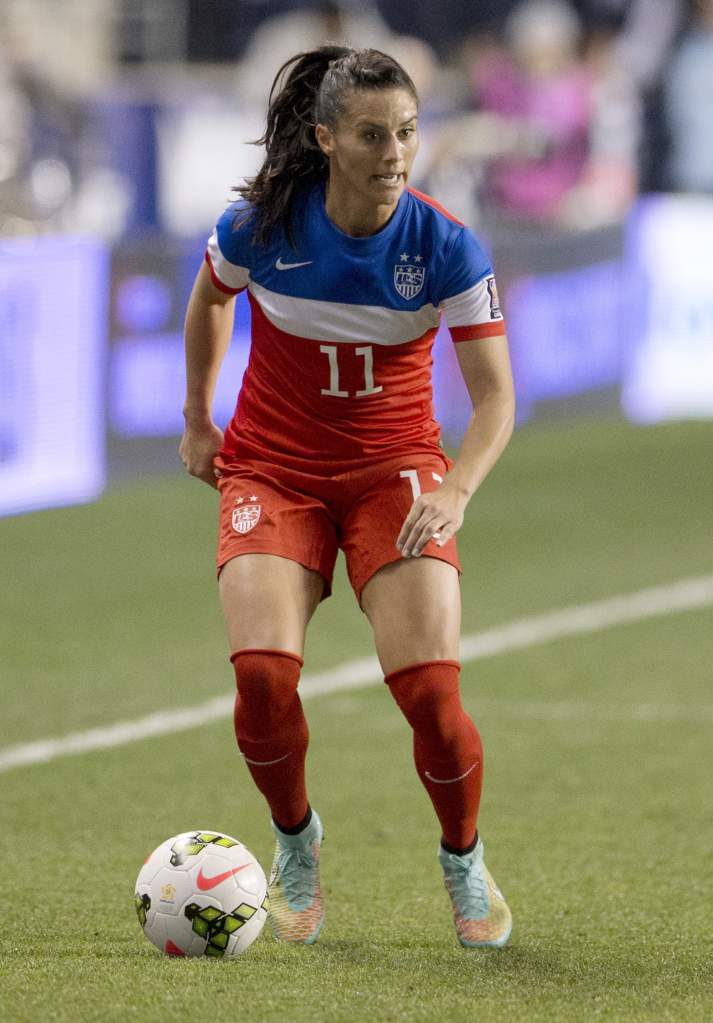 Since begin first selected to the team in 2008, Krieger has been a fixture in the lineup (Getty).

Ali debuted with Team USA in 2008, but 2011 was her breakout year. She scored the winning penalty shot in the quarterfinal victory over Brazil, and was one of four women to play every minute of action for Team USA. Although USA didn’t win the World Cup, Krieger’s performance was a bright spot going forward. That excitement was short-lived, as Krieger tore her ACL and MCL in her right knee in January 2012. Krieger remained resilient, and battled back to start in 10 matches in 2013 and 20 matches in 2014. Krieger doesn’t get injured because she is brittle, but because she is fearless. In 2012, her knee was forced inward while planting for a shot in an Olympic qualifying match against the Dominican Republic. 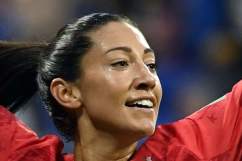 2: She Wears a Protective Headband Because of a Concussion 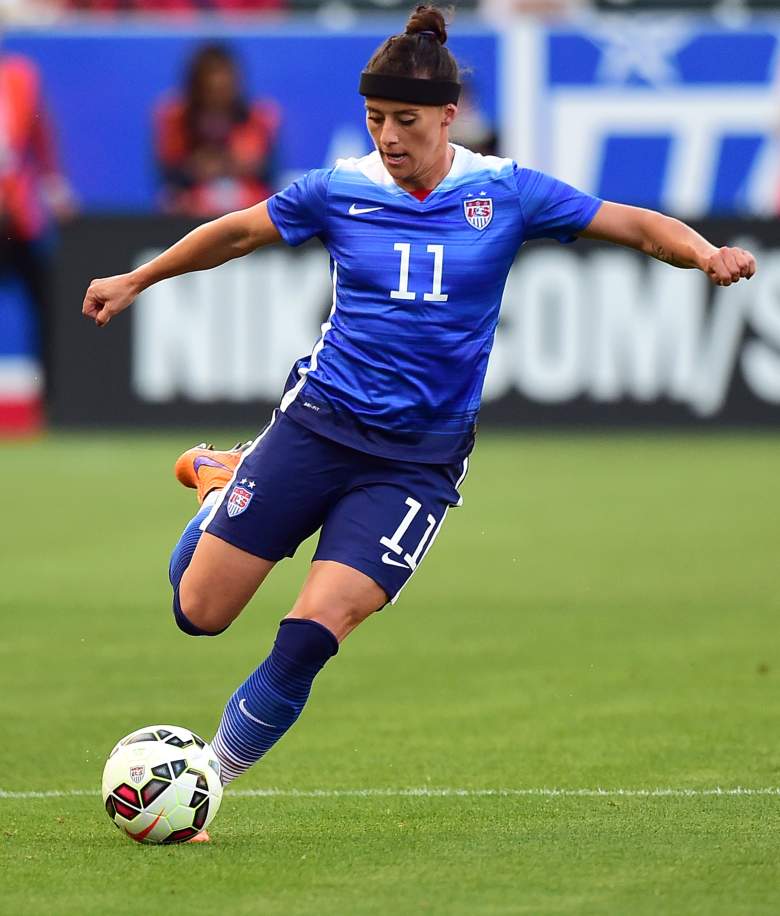 Krieger has been wearing a protective headband since she sustained a concussion in May (Getty).

The quickest way to identify Krieger during a World Cup match is to look for her protective headband. In a sport that involves direct head collisions, Krieger is taking the precauation after an incident in May when she was playing for the Washington Spirit of the NWSL. In a match against the Houston Dash, Krieger went up for a ball in her own box and went down hard. Krieger stayed down for more than five minutes and was eventually stretchered off the field. Today, Krieger wears the headband as a preventative measure.

The headband is made by Unequal Technologies, which specialize in added protection for football and baseball helmets. The Halo headband she sports was customized just for her, after she spoke with Taylor Twellman and other soccer players whose careers were impacted by concussions. Krieger is the best right back on USA’s roster, and cannot afford to miss any time due to injury. 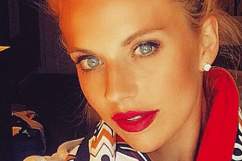 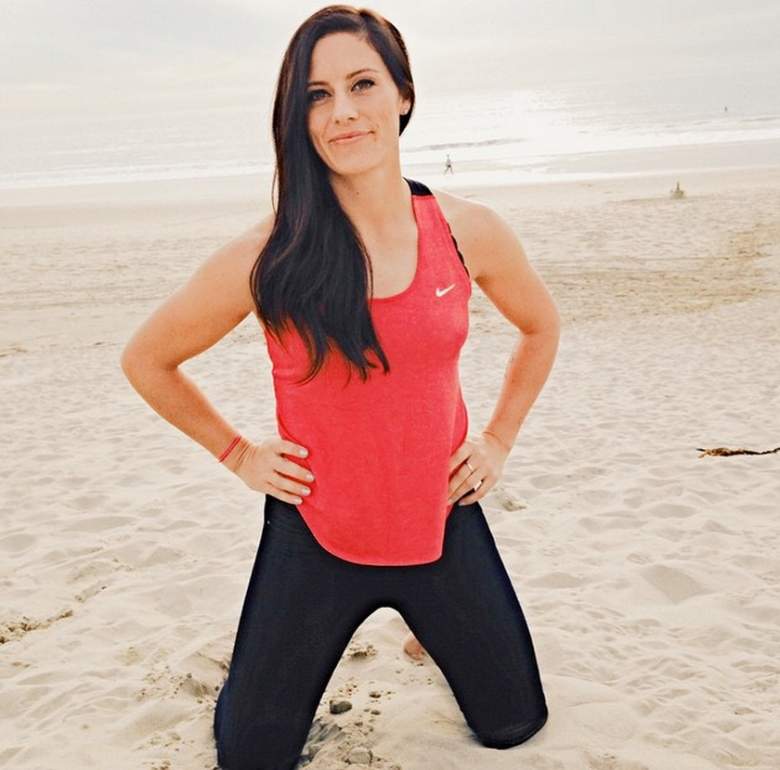 Krieger has rebounded from multiple serious injuries during her soccer career (IG: akrieger11).

Ali has had a tough road to success in the international game, and it almost all ended while she was in college. In 2006, Krieger broke her leg while playing at Penn State, forcing her to miss the 2006 NCAA Tournament. After returning from a flight to Florida to see her family, Krieger returned to campus and told her then-boyfriend she was having trouble breathing. The boyfriend, Penn State football player and pre-med student Brent Wise, picked up on the symptoms and checked her into the nearest hospital. Test results revealed blood clots, and that Krieger had suffered six small heart attacks. Krieger was placed in critical condition, and had no physical activity for six months. 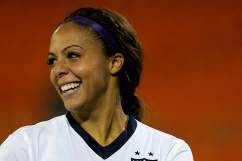 4: She Played in Sweden Alongside USA Teammates Engen and Press 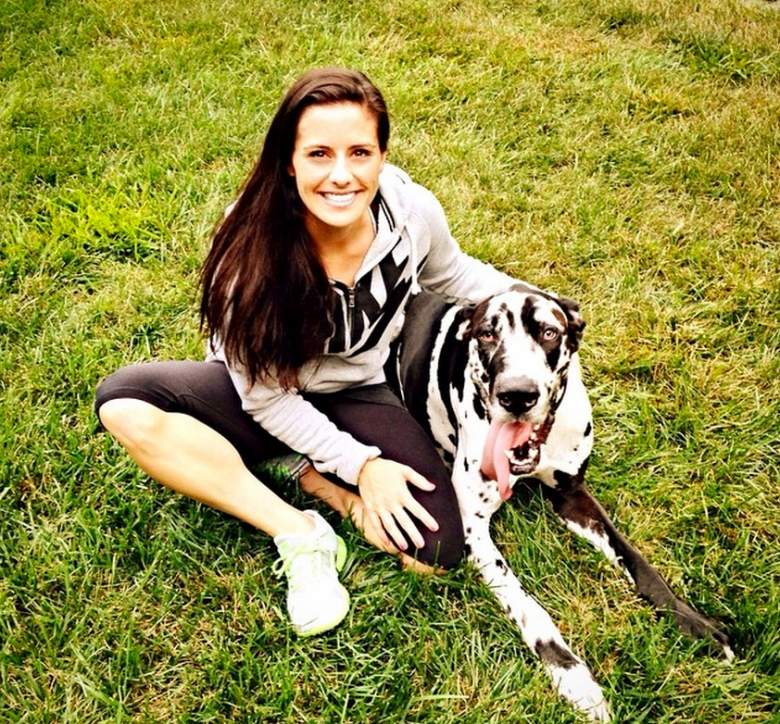 Krieger has spent multiple seasons abroad, but has always returned to Team USA and her dog, Apollo (IG akrieger11).

Like many other US soccer standouts, players go overseas to find better competition and for women, a more stable league system. Krieger, whose Penn State teams won the Big 10 every year she was on the team, had intended to stay local, and help grow her sport domestically. As is the case in the history of women’s soccer in the US, Krieger was unable to play consistently given the unstable nature of the soccer leagues. While at school in 2005 Krieger joined the Washington Freedom, who were at the time playing for the W-League. But the Freedom were only partial members of the struggling W-League, and in 2007 Krieger left for Germany.

Krieger has spent most of her playing career in Germany, playing most of 2007-2011 with 1. FFC Frankfurt Her contract allowed her to leave freely to train with Team USA, and she considered Germany her second home. Krieger returned home when the NWSL was formed, and was allocated to join the Washington Spirit when her contract in Germany expired. After the 2013 NWSL season, Krieger signed a short-term contract with Tyreso FF of Sweden. In Sweden she joined USA teammates Whitney Engen, Meghan Klingenberg, Christen Press and Ashlyn Harris. In her seven appearances with for the club Tyreso went undefeated. 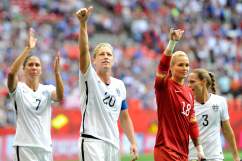 On the personal side, it is unknown if Krieger is currently in a relationship. That being said, Krieger is very close companions with Ashyln Harris, who is backup goalkeeper to Hope Solo and Krieger’s teammate on the Washington Spirit. Krieger had a boyfriend while she was at Penn State, but there have been no mentions since for the 30 year old right back.

Pure speculation here, but it appears (and the Internet is convinced) that Krieger and Harris are a most adorable couple. The two are constantly together, and the comments made via social media make it appear that the two are an item. One trip through the Youtube video above and it’s hard to debate otherwise. The pair are cute together and what’s more, they look happy in pictures they appear in together.