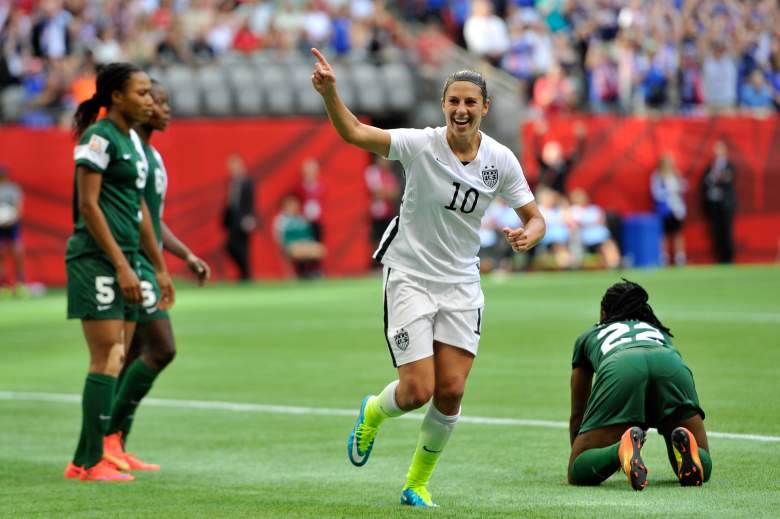 Carli Lloyd has been a mainstay on the U.S. Women’s National Team. (Getty)

Carli Lloyd is one of the most recognizable — and decorated — players in U.S. Women’s National Soccer Team history.

The 5-foot-8 midfielder is not only productive, but also a veteran leader, having been with the team for a decade.

Lloyd made her USWNT debut on July 10, 2005, against Ukraine. It’s been nothing but success since.

And now she’s a World Cup champion after the U.S. defeated Japan 5-2 in the final earlier in July.

Here’s what you need to know about Lloyd:

1. She Earned the Golden Ball Trophy In the 2015 World Cup

Lloyd’s standout efforts on the pitch have not gone unnoticed.

Thanks to her 6 goals and 1 assist in the 2015 Women’s World Cup, she was honored with the Golden Ball Trophy as the event’s best player. Carli also earned the Silver Boot for the tournament.

In 2007, she was the top goal scorer during the Algarve Cup and was eventually named MVP of the event.

Carli was named the U.S. Soccer Player of the Year in 2008. She scored 9 goals that year, including 2 in the Olympics.

Also in 2012, Lloyd made Glamour magazine’s Women of the Year.

2. Lloyd Has Played In 3 World Cups

Lloyd has been a staple on the U.S. Women’s National Team since 2005 and has competed in 3 World Cup events.

In 2007, the USWNT took third place and the 2011 squad was the runner-up after falling to Japan in the final match.

And, as mentioned above, had 6 more during the 2015 event, including a hat trick in the final.

3. She Has Won 2 Olympic Gold Medals 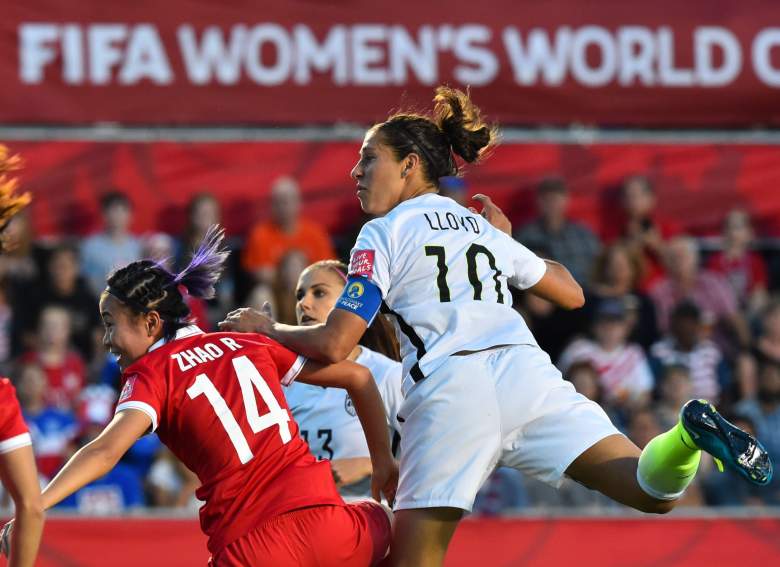 Some of Lloyd’s best and most memorable success has come in the Olympics.

In the gold medal match against Japan, the team which defeated the U.S. for the 2011 World Cup title, Lloyd scored both goals in a 2-1 American victory.

She has has said that gold-medal win is her greatest on-field memory.

4. Carli Has Set Records With the USWNT

Lloyd has scored 65 international goals, which is the most of any midfielder in U.S. Women’s National Team history.

Her record-setting 50th goal came on April 10, 2014, in a friendly against China in San Diego, California. She scored twice in that 3-0 win.

The 2015 World Cup quarterfinal vs. China on June 26 was Lloyd’s 200 USWNT appearance. She scored the game-winning goal.

5. Lloyd Is a New Jersey Native

The 32-year-old still calls New Jersey home. She lives there with her fiancee Brian Hollins.

Lloyd is sponsored by Nike and has done work for the Habitat for Humanity.