If you watched tonight’s final game in the 2015 NBA Finals, then you already know that the Golden State Warriors completely dominated the Cavs, clinching a decisive, historic win. Want to celebrate tonight’s win with a new shirt, hoodie, or other piece of team gear? Here are some of the coolest items we’ve seen cropping up in fan stores so far.

We’ll be updating this post as more and more Warriors gear becomes available, so bookmark this page and come back early and often. Our favorite gear includes both apparel and non-wearable merch (like phone cases and basketballs).

The Golden State Warriors team store at Fanatics has gear ranging from t-shirts to hats to jerseys, and even unique pieces of memorabilia like towels and framed collages. The shirt above will only set you back $25.95. If that shirt isn’t exactly what you had in mind, you can see all of the Warriors gear at Fanatics via the link below. You can also keep scrolling to see some other cool items from Fanatics that we’ve featured further down the post. 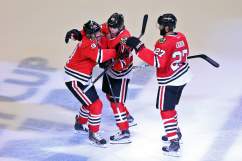 No matter which team you rooted for during the finals, you’ll love this great T-shirt. This shirt is available in sizes Small through XXL, and it is officially licensed. LeBron and Curry both played their hearts out during the series, and this shirt is a great way to remember the highlights of the 2015 NBA Finals. A T-shirt like this one is a nice alternative to all of those shirts that just feature a team logo and some dates.

Want a new hoodie? This Warriors hooded sweatshirt is available in multiple sizes and colors. This is a pullover hoodie, rather than a zip hoodie. The hood is double-lined, which makes it both warm and more durable.

Want a t-shirt with great graphic appeal? This awesome shirt features the faces of every team member on this Championship squad. It’s the perfect shirt for any young child to wear.

Own an iPhone 6? This cool iPhone 6 case is the perfect way to show off your team pride. Whether you’re checking your phone on a bus, at a bar, or at a party, everyone around you will know which NBA team is your favorite. 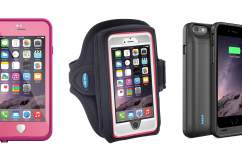 While the image above may only be a placeholder, it still gives you a good idea of what the finished product will look like. The final version will be updated with accurate info for the Cavaliers vs. Warriors matchup, and the left edge of the canvas will even include the text that was on the spine of the original program. This is a cool, officially licensed product that would look great in your den or man cave. It’s definitely beats a cheap, paper poster. 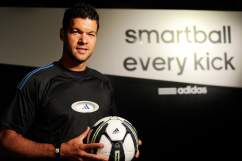 T-shirts are great, but some fans crave Warriors gear that goes the extra mile. This cool basketball is officially licensed, and features vibrant champs lettering and Golden State Warriors graphics.

This snapback hat is designed to fit multiple head sizes comfortably. It features the same graphics that the Golden State Warriors wore after they clinched the championship. This item is guaranteed to ship in two to three business days, so you can show it off mere days after the Warriors won the 2015 NBA Finals. 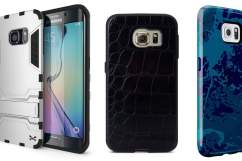 Wish you could be part of the team that won the 2015 NBA Finals? This custom jersey lets you put your name on a high-quality Warriors jersey. You can choose your favorite number (two digits), along with your name (up to 12 characters). How cool is that? This would make a great gift for dad, a brother, or any friend who is pumped about the Warriors and their big win. 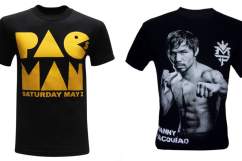 This tumbler is a great way to drink your morning coffee and show off your team spirit. You can keep it at the office, or use it on a summer road trip. Heck, you can even fill it with your favorite sports drink and take it to the courts when you’re playing a little 1-on-1 with your best friend. 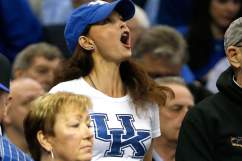 Want to drink a beer and watch highlights from the Warriors’ final season? These beer steins are the perfect vessel for your favorite drink. Each tankard holds 15 ounces of beer, has a metal logo, and is officially licensed.

Not much of a beer drinker? Check out these Golden State Warriors 2015 Champs rocks glasses instead.

Looking for a cute women’s shirt? This simple tee looks great on women of all ages and sizes. The shirt comes in sizes ranging from small to XXL.