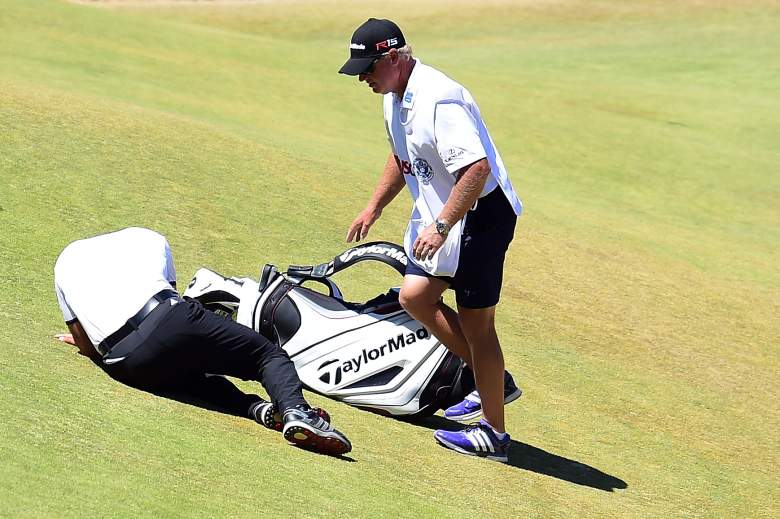 Jason Day collapsed during on the last hole of his round Friday at the U.S. Open. He was able to finish after several minutes on the ground. (Getty)

During a scary moment Friday at the US Open, Australian Jason Day collapsed while walking the fairway on his final hole of the day.

It was unclear at first what exactly happened at first, but he was on the ground noticeably uncomfortable for several minutes:

Here’s another angle of him going down:

As it turns out, Day, who has battled vertigo over the last month and withdrew from the Byron Nelson Championship in May due to similar problems, fell to the ground due to dizziness. As doctors tended to Day, 21-year-old Jason Spieth, who was playing in the Australian’s group, came to his side:

Kudos to Jordan Spieth, who immediately went to the gallery to implore them not to take pictures when Jason Day collapsed. Class. #USOpen

Eventually, Day was able to move to his feet and finish his round. It was a surreal and somewhat frightening moment as the Australian battled through clear discomfort and struggled to move a pebble that was near his ball because he was too shaky.

Still, he unbelievably battled through the pain, hit a gorgeous bunker shot and two-putted to finish off a round of 70, leaving him in a tie for 11th place.

Read More
Golf
During a scary moment Friday at the US Open, Jason Day collapsed while he was walking the fairway on his final hole.