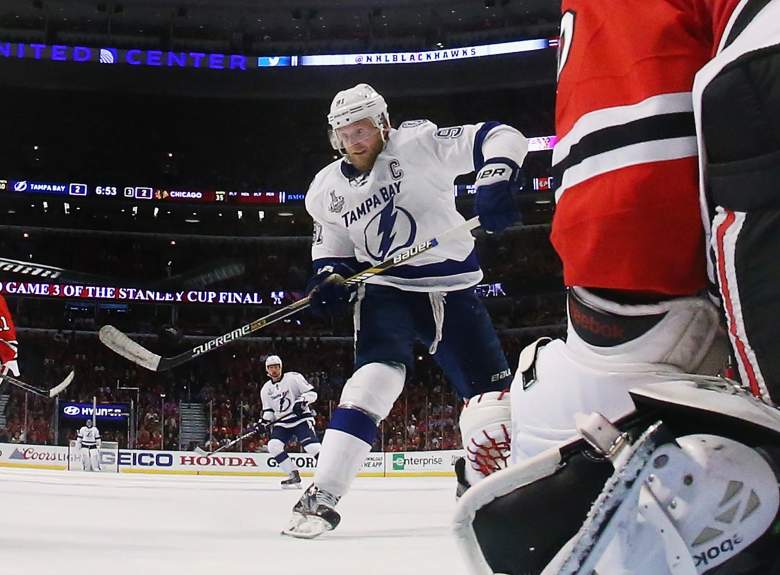 Photo taken during Game 3 of the Stanley Cup Final. (Getty)

The Blackhawks look to even the series tonight at home in Game 4 of the Stanley Cup Final. After dropping the last two games in heartbreaking fashion, Chicago hopes to rebound in what has been a highly contested NHL Final. The Lighting’s Cedric Paquette scored the game winning goal with about 3 minutes left in the third period of Game 3 stunning the Blackhakws late for the second straight game.

Game 4 starts tonight at 8 PM EST in Chicago. Here is everything you need to know about Game 4 of the Stanley Cup Final including the television info and betting odds:

These odds are provided by sportsbooks monitored by OddsShark and are subject to change.

Check back to Heavy tonight for up to the minute updates and highlights of the game.