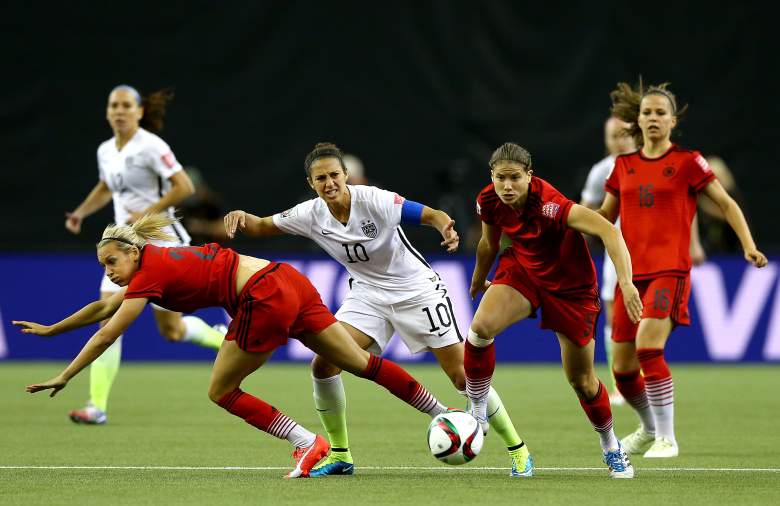 Carli Lloyd did it again.

The veteran midfielder converted a penalty kick in the 69th minute and now the United States National Team is a win away from becoming the first 3-time champion in Women’s World Cup history.

USA defeated Germany 2-0 in a battle between the top 2 FIFA-ranked teams Tuesday night in a semifinal at Olympic Stadium in Montreal, Canada.

Lloyd scored the lone goal in Team USA’s in 1-0 victory over China in the quarterfinals.

Kelley O’Hara added a goal in the 84th minute to put the match out of reach.

By this time tomorrow night, we’ll know who will be standing in the way.

Defending World Cup champion Japan and England square off in the other semifinal Wednesday at 7 p.m. Eastern. FOX Sports 1 will have the television coverage.

Japan beat the U.S. for the title in 2011, while England is making its first semifinal appearance.

The final is set for Sunday, July 5, from BC Place in Vancouver. It will be televised by FOX at 7 p.m. Eastern.

Read More
Soccer, Women's World Cup 2015
The U.S. Women's Team is back in the World Cup final and will face the winner of Wednesday's Japan-England match. Get the final details here.