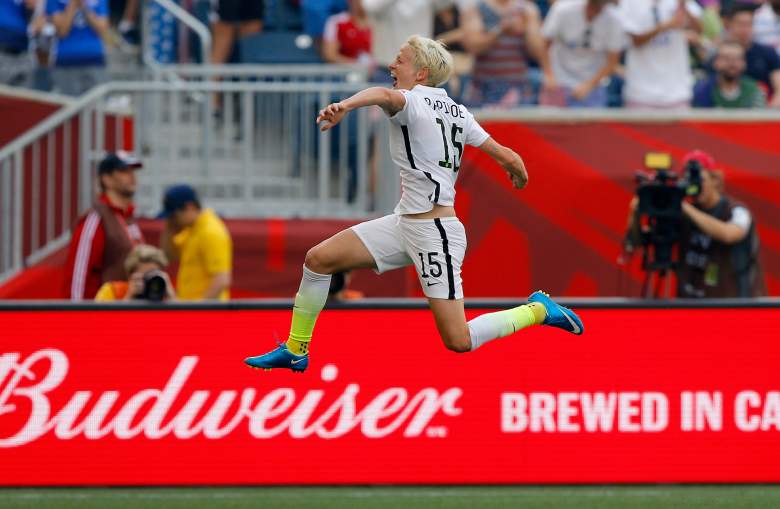 The United States used 2 second-half goals to pull away from Australia 3-1 in its opener of the 2015 Women’s World Cup on Monday night in Winnipeg, Canada.

Megan Rapinoe scored early to give Team USA the lead, but Australia tied it soon after. Christen Press then put one in to give the Americans a 2-1 lead in the 61st minute. Rapinoe added her second in the 78th minute.

The USWNT now turns its attention to Sweden, No. 5 in the latest FIFA rankings. The U.S. is No. 2 behind Germany.

The Group D match is set for Friday, June 12, at Winnipeg Stadium. It begins at 8 p.m. Eastern and will be aired by FOX.

Sweden and Nigeria tied 3-3 in the opener for both teams. Sweden entered as a heavy favorite.

Keep it here for all the game details, including time and television information:

Provided by sportsbooks monitored by OddsShark: