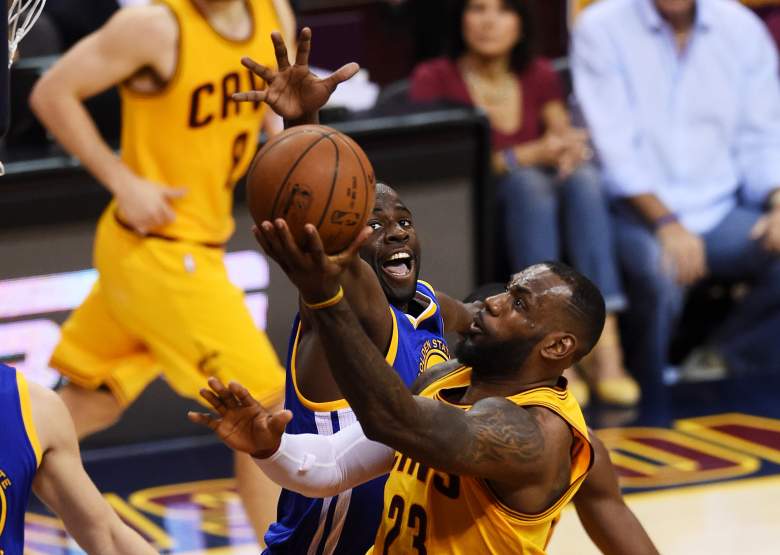 LeBron James of the Cavaliers goes up for a shot in Game 3 as Golden State’s Draymond Green defends. (Getty)

The 2015 NBA Finals are shaping up to be an epic showdown.

Behind LeBron James and Matthew Dellavedova the Cleveland Cavaliers held off a late Golden State rally to defeat the Warriors 96-91 in Game 3 Tuesday night.

The Cavs had a 20-point lead, but the Warriors cut it to 1 before Cleveland made the plays to pull off the victory.

The Cavaliers now lead the best-of-7 series 2-1 as James had 40 points, 12 rebounds and 8 assists on Tuesday. Dellavedova added 20 points.

Game 4 is scheduled for Thursday, June 11, at 9 p.m. Eastern. The action from Cleveland’s Quicken Loans Arena will be televised by ABC.

Despite 2 consecutive victories in the series, Cleveland opened as the home underdog for Game 4. Golden State was listed as an early 2.5-point favorite. That line has since moved to 3 points as of Thursday morning. 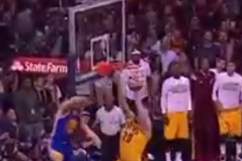