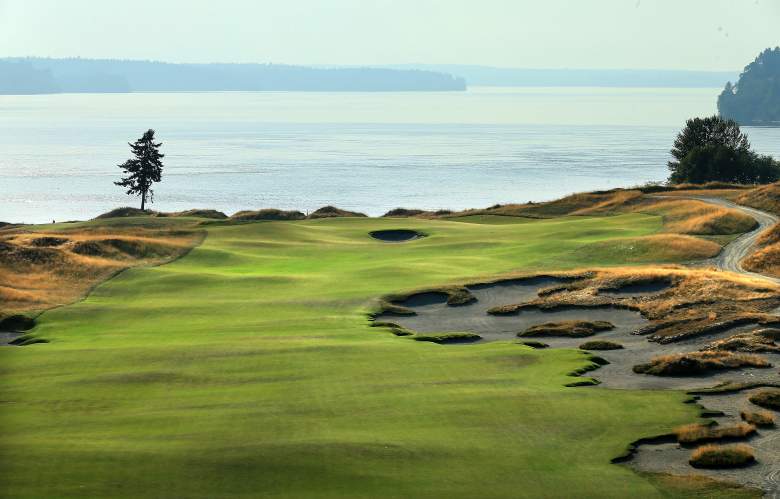 Editors note: Interested in making $1 million playing fantasy golf? Of course you are. And thanks to Heavy’s partners at DraftKings, you can. With the $2.5 Millionaire Maker fantasy contest, you can turn your $20 into $1 million with golf’s second major of the season. Pick 6 golfers with your $50,000 salary cap; the better your players do on the course, the better your fantasy team does. The contest begins Thursday, June 18, at 10 a.m. Eastern. Sign up with DraftKings today for your chance to win some major money playing fantasy golf.

The U.S. Open will make history in its 115th edition.

For the first time, the major tournament will be played in the Pacific Northwest.

The pros will tee it up at Chambers Bay, a public golf course in University Place, Washington, which is on the Puget Sound southwest of Tacoma.

The course resembles one which you would see at the British Open. In the traditional links-style, Chambers Bay features rolling fairways, wavy greens and, of course, coastal sand dunes. The added unpredictability of the Puget Sound winds is another dimension of potential obstacle.

Chambers Bay was designed by Robert Trent Jones, Jr., and was the host course for the 2010 U.S. Amateur. 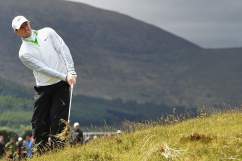 Read More
Golf, PGA Tour, US Open 2015
The U.S. Open gets underway Thursday, June 18, from Chambers Bay in the state of Washington. Learn more about the host course right here.