Marie Kojzar, a Sweden native who has done work as an architect and interior designer, is Adam Scott’s wife and the mother to their young daughter. (http://www.strategiskarkitektur.se/)

When Adam Scott isn’t under the intense spotlight of major golf tournaments, he and his wife, Marie Kojzar, live a quiet life. So quiet, in fact, when they got married, most of their guests didn’t even realize they were at a wedding.

Scott, 35, and Kojzar, 34, were wed during a small ceremony at his Bahamas residence on April 17, 2014. Scott’s parents knew the occasion was a wedding, but they were the only ones who were aware.

“We just said we were having a party, so come on over,” Scott said. “So then they had no idea that it was going to happen. So that was the fun little game for me and Marie to play for a while, planning it and stuff.” 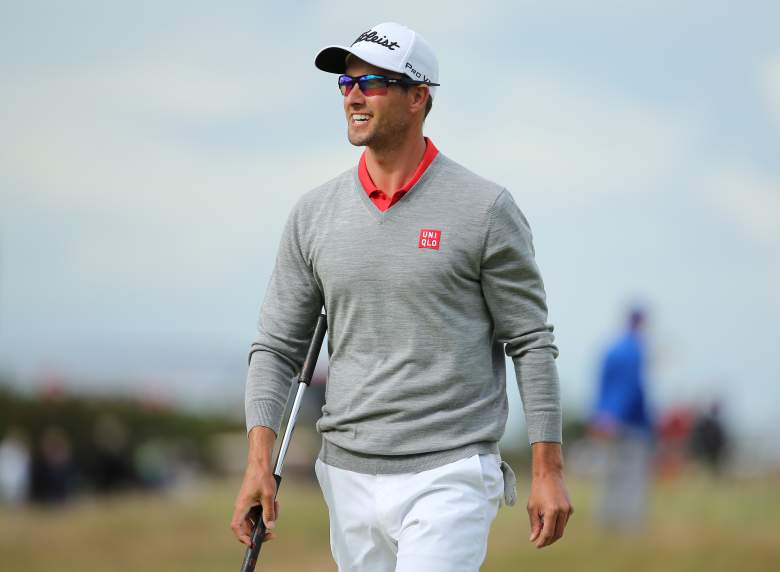 While the Australian Scott commands most of at the attention for his charming looks and brilliant ball-striking ability, Kojzar, a native of Sweden, boasts an impressive resume. A graduate of the Royal College of Art in London, she has worked as an interior designer and architect. She also supports Adam and takes care of their five-month-old daughter, Bo Vera Scott.

It’s no wonder that, in the past, Scott has drawn a correlation between his relationship with Kojzar and his play on the course.

The couple, who met when Scott was a newcomer on Tour and Kojzar was a nanny for fellow golfer Thomas Bjorn, dated from 2001 until 2008, when they separated for a while. Scott put it simply after that happened:

It was a pretty tough few months, actually. No doubt that had an effect on my performance. Even though we weren’t married or anything like that there was still a lot of stuff that had to be sorted out. I certainly wasn’t planning on it but I guess you learn a lot from that kind of stuff.

It definitely had an effect on my golf and my head was elsewhere, my practice was down. It was a tough time, but that’s life.

Scott had relationships with actress Kate Hudson and tennis player Ana Ivanovic, but he and Kojzar got back together in 2013.

Since they rejoined forces, Scott immediately won the Masters, has finished in the top 15 in eight of 10 majors and is right in the thick of things at St. Andrews this week.

They say a happy, stable home life can positively a person’s professional life. Scott and Kojzar are living proof.

Read More
Adam Scott, British Open 2015, Golf, WAGs
Marie Kojzar, a Sweden native who has done work as an architect and interior designer, is Adam Scott's wife and the mother to their young daughter.