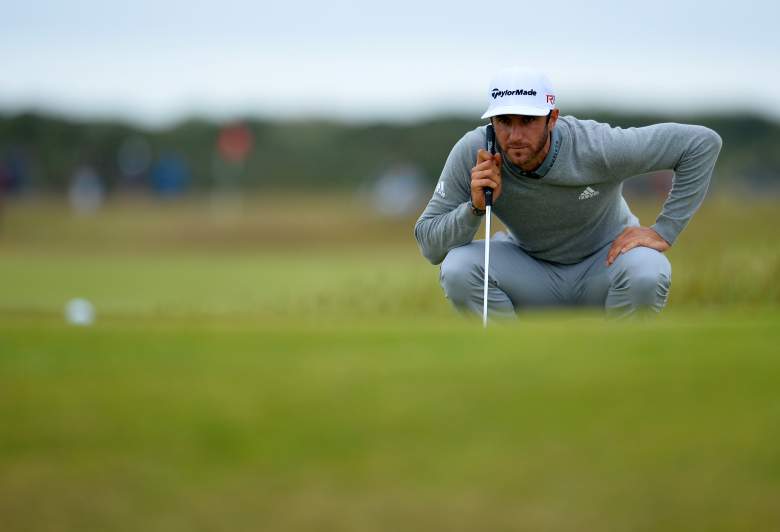 Dustin Johnson went 7-under par in Thursday’s first round of the British Open. (Getty)

Dustin Johnson appears to have moved on from his U.S. Open meltdown.

Johnson fired a 7-under 65 in Thursday’s first round of the British Open on the Old Course at St. Andrews.

In last month’s U.S. Open, Johnson missed a short putt on the final hole which would have forced a playoff. Instead, Jordan Spieth won his second-consecutive major. Spieth was in a group at 5-under 67 in the Open, 2 strokes off the lead.

Six players, including Jason Day and Zach Johnson, were a stroke back of Johnson at 66.

Tiger Woods had a rough day, shooting 4-over 67. John Daly, on the other hand, was in the clubhouse at 1-under.

Keep reading for the scores and video highlights:

Dustin Johnson sinks his eagle putt to move to four under through five holes. #TheOpen https://t.co/K8SBe4Vo2S

Danny Willett drains a monster putt for eagle at 10 to move to four under! http://t.co/GXoKkgS0bL #TheOpen https://t.co/ier4bqv8VF

Watch: A contender for shot of the day from 1999 Open Champion Paul Lawrie. #TheOpen https://t.co/zSM1Ento0c

Spieth on the charge. He birdies the 11th to tie for the lead with DJ and Streb. http://t.co/GXoKkgS0bL #TheOpen https://t.co/ImTobT14eM

Tiger begins his quest to be the first ever player to win #TheOpen three times at St Andrews. http://t.co/KMlwUwHb10 https://t.co/yFdVz16D96