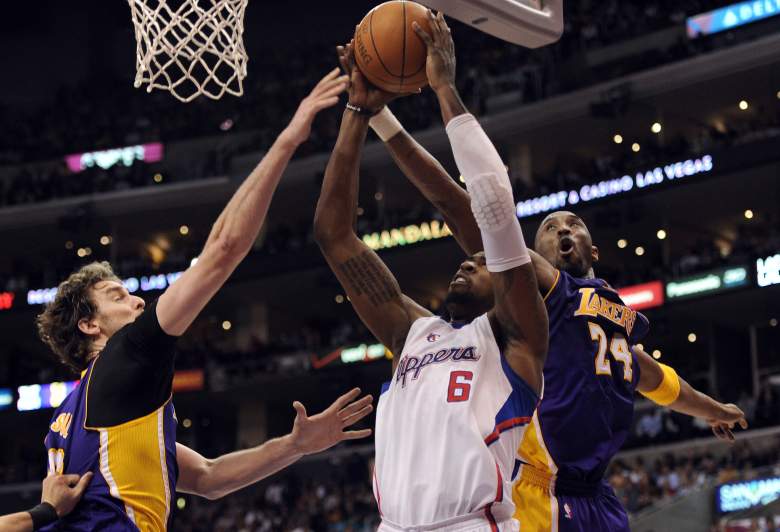 DeAndre Jordan has plenty of teams lining up for his services. (Getty)

DeAndre Jordan is a highlight machine. Now the question is whether those highlights will continue with the Los Angeles Clippers. DeAndre Jordan finds himself at the top of NBA team’s wish list. ESPN reports that Jordan is tired of being the third option on offense behind Chris Paul and Blake Griffin.

Does that mean Jordan will not re-sign with the Clippers? Not necessarily, but it does open the door wider for his potential exit. The Clippers are unlikely to change their offense and rightfully so. The question becomes what matters most for Jordan. The big man averaged 11.5 points, 15 rebounds and 2.2 blocks last season. The one downside is his dreadful performance at the free throw line. Last season, DeAndre shot 39.7% from the line. Teams began fouling Jordan on purpose due to his poor foul shooting. However, this is not expected to prevent teams pursuing the big man out of Texas A&M.

The Dallas Mavericks appear to be a likely candidate to sign Jordan. DeAndre has already met with the Mavs. The Mavs are expected to use the services of the Dallas Cowboys. Jordan is a huge Cowboys fan.

No agreement w/ DeAndre Jordan and the Mavs after their meeting in LA tonight. Matthews meeting over also. More clarity for Dallas tomorrow.

The Los Angeles Lakers are also scheduled to meet with Jordan. They are reportedly trying to snag both LaMarcus Aldridge and DeAndre Jordan.

Lakers meetings with DeAndre Jordan and Greg Monroe will both be Wednesday.

Around the league, executives believe the Lakers are pursuing space to offer free agent deals to LaMarcus Aldridge and DeAndre Jordan.

The Los Angeles Times is reporting that the Los Angeles Clippers are pushing hard to retain Jordan. They have already reached out to his representatives letting them know that Jordan is their highest priority this off-season. They are scheduled to meet with him on Thursday. The meeting is expected to include coach Doc Rivers and owner Steve Ballmer. The New York Knicks are also expected to meet with Jordan on Thursday.

So, where will Jordan end up? Dallas seems to be the most likely answer, but fans should not count out New York. They seem unlikely to sign LaMarcus Aldridge and Jordan would become a focal point of the Knicks if he signed with the team. Not to mention the New York City spotlight could be something that appeals to Jordan.

While we await DeAndre’s announcement, let’s check out some of the best dunks of DeAndre Jordan’s career. Keep it locked to Heavy for the latest on DeAndre Jordan’s free agency along with all other NBA free agent updates.

DeAndre Jordan's Top 10 Dunks Of His CareerDeAndre Jordan Top 10 Career Dunks. Los Angeles Clippers clikhere.co/t7f2UBlr The NBA is the premier professional basketball league in the United States and Canada. The league is truly global, with games and programming in 215 countries and territories in 47 languages, as well as rosters that currently feature 85 international players from 36 countries and…2014-10-20T13:53:33Z 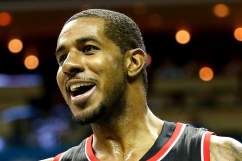 Read More
Basketball, NBA
The free agent big man is being courted by a number of NBA teams. Find out the latest on what teams he is meeting with and who is expected to sign Jordan.