The Major League Baseball season is just about at the midpoint, so that means it’s time for the All-Star Game.

The 2015 Midsummer Classic is set for Tuesday, July 14, at Great American Ball Park, home of the Cincinnati Reds.

This is the 5th time the city of Cincinnati will host the game and first since 1988 when it was played at Riverfront Stadium.

First pitch is scheduled for shortly after 7 p.m. Eastern and the game will be televised by FOX.

Click here for a list of the All-Star Game starters. The reserves will be named Monday night, July 6,

The annual Home Run Derby will be held Monday, July 13. 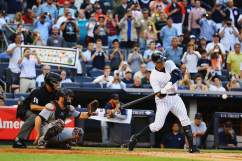