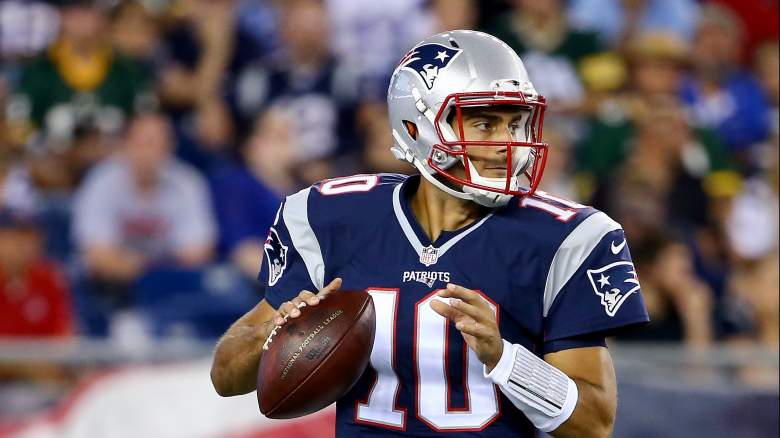 After the Patriots went three-and-out on their first possession, the Saints took the ball and quickly marched the other way. After going 61 yards, though, the drive sputtered when Devin McCourty made a nice pass breakup in the end zone on third down, and the Saints settled for a 27-yard field goal.

Mark Ingram did most of the damage on the drive, surprisingly, through the air. He had just two carries for five yards, but he also pulled down two receptions for 40, including 29 on a gorgeous throw from Drew Brees.

The Saints’ second drive of the game was even better than the first, as they easily moved the ball 62 yards on eight plays. Brees, who didn’t play last week, continued to look sharp, completing all four of his throws and finding former Patriot Ben Watson for the score. Brandin Cooks and Khiry Robinson each had big receptions on the drive.

This particular one was much quicker than the first two. After an 18-yard completion to Brandin Cooks, Brees went right back to the second-year receiver with a picture-perfect throw for a 45-yard touchdown. For the second time in a row, though, New Orleans failed to convert the two-point conversion.

In three series, Brees went 8-of-10 for 159 yards and two touchdowns, and Cooks had four grabs for 117 yards and a score. It appears they are ready for the season.

Three plays, 71 yards, 44 seconds. That’s all it took for the Saints to add their third touchdown of the first half. Luke McCown connected with Cooks for 36 yards, Ingram ran for 11, and after a pass interference call, McCown found Josh Hill for the six-yard score.

Hill, a popular breakout candidate with the departure of Jimmy Graham, still appears to be firmly behind Watson on the depth chart, but he’s very much an important part of this offense.

If there was a silver lining for the Pats in the ugly first half, it was the play of Jimmy Garoppolo, who really needed a good performance after a bad Week 1 showing. In the first half, he went 11-of-13 for 113 yards and one touchdown.

A big chunk of those numbers came on an impressive five-play, 80-yard drive late in the second quarter, as he easily marched the ball down the field and capped things off with a 20-yard throw to Chris Harper.

Great play there by Garoppolo. Patience, great throw, nice catch by Harper. Good way to end half for Patriots.

Dion Lewis, thought you would be doing this years ago https://t.co/jfsZElDn9P

The Patriots’ backups looked sharp coming out of halftime, eating over five minutes of clock with an 11-play, 55-yard touchdown drive. Dion Lewis capped the march with a bruising 11-yard run, carrying multiple defenders into the end zone with him.

After failing to get the running game going earlier, the Pats were more balanced on this drive. Garoppolo continued to look sharp with 21 passing yards, but the offense also added 28 on the ground.

Lewis was terrific on the evening, rushing three times for 12 yards and catching five balls for another 36.

#Patriots running back James White showing off his rushing ability with a nifty touchdown run. https://t.co/kCofzsEJMe

James White scored on a really nice three-yard run, but the real star of the drive was Garoppolo. Leading the Patriots on the impressive drive, he spread the ball to different receivers and completed all seven of his throws for 73 yards. As the Pats went for the lead, though, he couldn’t connect with Jonathan Krause.

Jimmy Garoppolo made his first mistake of what had previously been a near flawless night, as he forced a ball to Brandon Gibson and it sailed into the hands of Pierre Warren, who returned it 33 yards to the Patriots 15-yard line.

The Patriots defense held tough, however, and New Orleans was only able to get a chip shot field goal out of it.

Trailing by one, Garoppolo got the ball with just over two minutes remaining and easily marched down the field to set up a game-winning 35-yard field from Stephen Gostkowski.

Garoppolo didn’t have far to go, as a big Chris Harper punt return put the Pats at the New Orleans 45-yard line, but a game-winning drive was an appropriate ending to what was a great performance by Garoppolo. He finished 28-of-33 for 269 yards, one touchdown and one interception.

Really a nice overall game for Garroppolo other than one bad decision for an INT. Much quicker decision making, found the open man all night

Say what you want about the importance–or lack therof–of preseason football, but the pressure is quickly building on Jimmy Garoppolo.

As Tom Brady’s appeal to his four-game suspension drags on, the Patriots’ second-year QB remains the penciled-in starter for Week 1.

Considering he threw a whopping 27 passes in the regular season last year, there is massive pressure on him to at least look competent in the weeks leading up to the September 10 opener. And he didn’t really do that last week against the Green Bay Packers. Completing 20 of 30 passes for just 159 yards and an interception, he took seven sacks and earned Pro Football Focus’ second-lowest grade on the team.

Showing improvement against the Saints will be important. 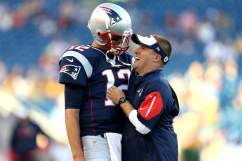 How to Watch Patriots vs Saints Live Stream Online

Read More
Football, NFL, Patriots, Saints
The pressure is on Jimmy Garoppolo to show some improvement this week when the New England Patriots take on the New Orleans Saints.