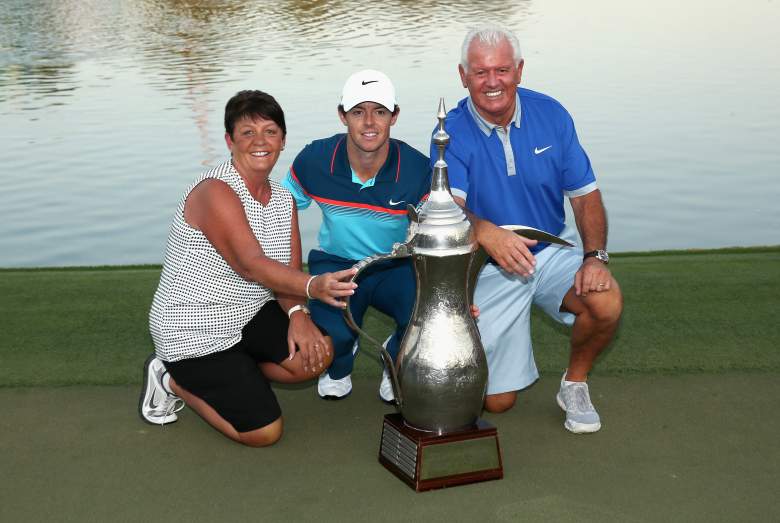 Rory McIlroy has won millions of dollars on the PGA Tour. He’s been called a golf prodigy, the next big thing, the future of the sport. He’s also never gotten cocky.

How? McIlroy’s family simply wouldn’t stand for it. The Irish native’s parents built their lives on hard work and humble beginnings and, despite his success on the links, McIlroy has followed in their footsteps.

Now, coming back from an ankle injury that kept him out of the British Open, McIlroy, and his family, are looking for a return to the leaderboard. Here’s what you need to know:

1. McIlroy Learned to Play Golf From His Father 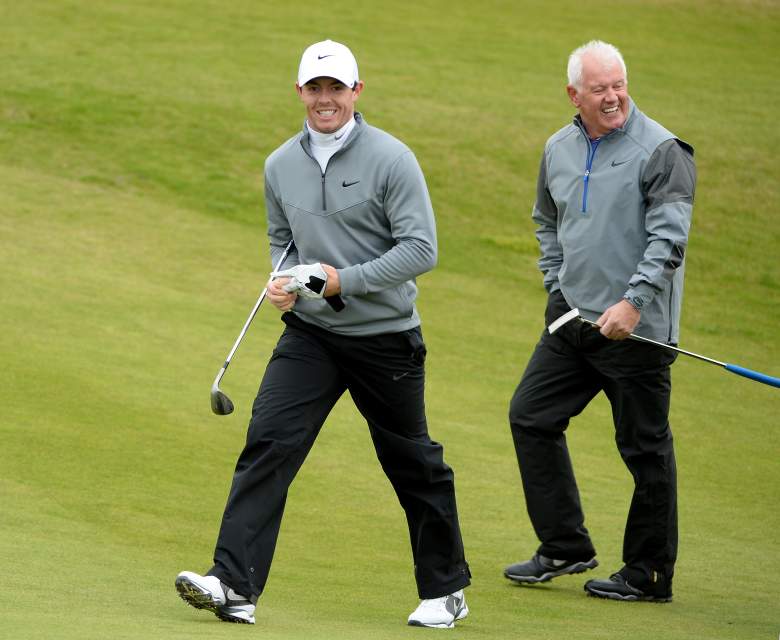 McIlroy grew up in Holywood, County Down, Northern Ireland with a golf club in his hand. He was introduced to the game by his father, Gerry, who coached him during the earliest years of his career. Gerry himself was a talented golfer in his own right and once played a scratch handicap level.

As the story goes, McIlroy would asks his father to bring him to the Holywood Golf Club every day and after receiving a golf club as a present, he would bring it to bed with him every night. That’s right. McIlroy slept with his golf club. McIlroy, finally, joined the Holywood Golf Club and became the youngest member at the club.

2. His Mother Worked at a 3M Plant While He Was Growing Up 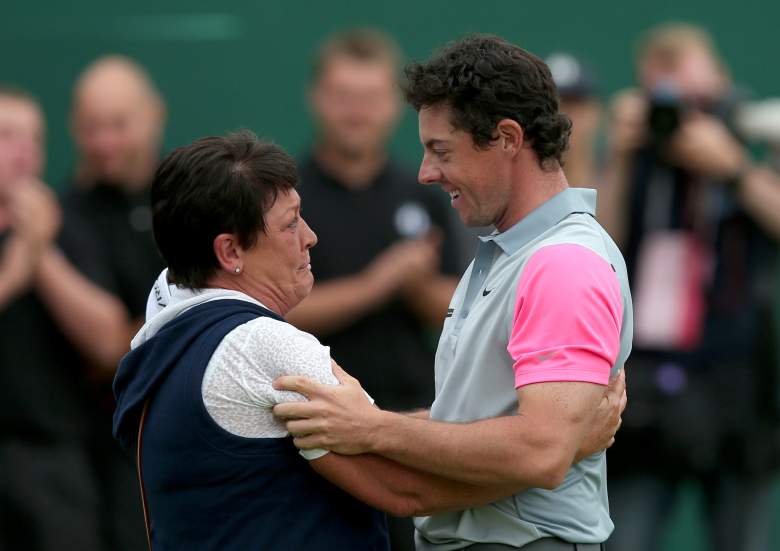 While McIlroy’s father was teaching him the game that would come to shape his entire life, his mother, Rosie, worked the night shift at the local 3M plant. It all paid off, though, when Rosie saw McIlroy win his third major title at the British Open in 2014. As McIlroy lifted the Claret Jug, he called out, “This one is for you mum.”

Rosie grew up Lurgan’s Taghnevan estate, the oldest of five children. She left school at 16 and started working at the Optical factory in town before meeting Gerry. Her wages from the 3M factory were used to take Rory to Junior Golf Championships around the world and she lied by the mindset “one day this could all be worthwhile.”

CONGRATULATIONS RORY: We're paying out 180k to Rory's Dad and pals. There'll be some party at the McIlroy's tonight! pic.twitter.com/wOG7vvIygd

It pays to have confidence. Sometimes it takes 10 years, but it still pays. When it comes to McIlroy’s father and friends, it pays hundreds of thousands of dollars.

McIlroy took the gambling news in stride, simply happy that he could help. He said after winning:

Honestly, that 50 grand [pounds] that he’s going to win is way — I mean, the other three friends that he did that with, they’re going to be very happy. He’s never reminded me. I knew that he’d done it. I’m not sure if it will pay out. If it does, it’s a nice little bonus. 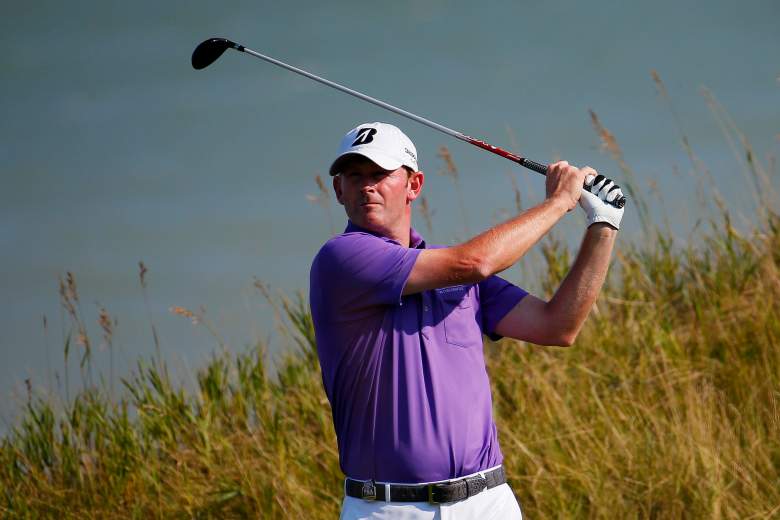 McIlroy isn’t the only athletic-inclined individual in his family. His uncle, on his mother’s side, Mickey McDonald was a football star for Glenavon and Cliftonville in the 1970’s and 1980’s. He also played Gaelic football for Armagh.

McDonald had a reputation as a prolific scorer throughout his career and could frequently be seen streaking towards the net. He finished his career with Armagh in 1986 but continued to play soccer in his own time and started coaching GAA teams. He even picked up golf and considered himself fairly decent before Rory came into the picture. 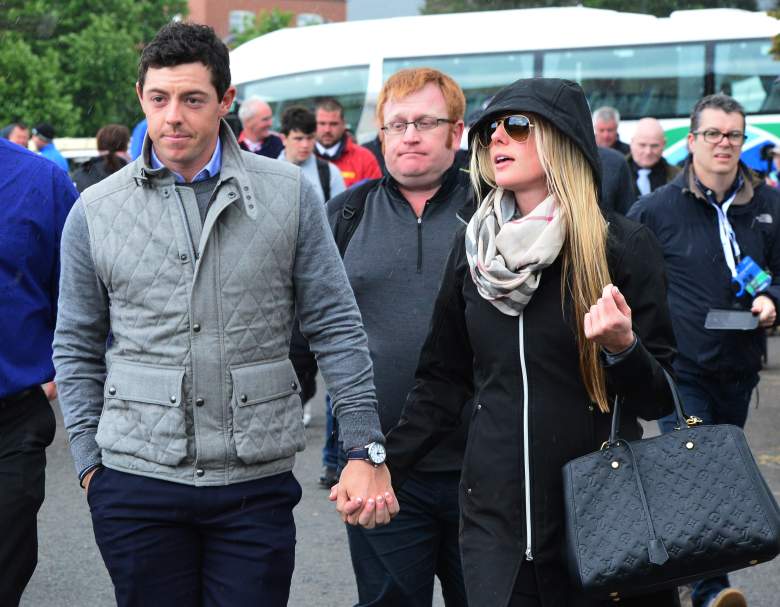 After they were first linked together on New Years, McIlroy and Erica Stoll have recently made their relationship public. The pair have been photographed together, holding hands and making public appearances, over the past few months and McIlroy has said he’s very happy with the relationship. He told The Times of London:

I am very happy in my love life. We haven’t really been putting it out there. She is from America, which is why I like to spend time in Palm Beach. If everything off the golf course is good, t allows you to be better on it as well. The past ix or seven months have been really nice.

The pair may have only recently started dating, McIlroy and Stoll have known each other since 2012 and were good friends before they ventured into the romantic side of things.

Of course McIlroy’s love life has always been a hot button topic, particularly after he abruptly ended his engagement to tennis Caroline Wozniacki last year. McIlroy reportedly broke off the relationship over the phone after three years together.