The Chiefs are 2-0 so far in the preseason. Their most recent win was 14-13 against the Seattle Seahawks. Jeremy Maclin looked more involved in the offense and scored his first touchdown for the Chiefs.

The Tennessee Titans are 1-1 so far in the preseason. They are coming off a 27-14 victory over the St. Louis Rams. The Titans are looking to rebuild and rookie quarterback Marcus Mariota is now the cornerstone of the franchise.

Here are the details on the preseason matchup between the Tennessee Titans and Kansas City Chiefs:

Line:
(Line is according to OddsShark and is subject to change)
Tennessee Titans +4.5
Kansas City Chiefs -4.5

Last Meeting:
The Titans and Chiefs squared off in Week 1 of the 2014 season at Arrowhead Stadium. The Titans defeated the Chiefs 26-10. Alex Smith threw three interceptions in the game, and it was one of only two wins the Titans had in the entire 2014 season. 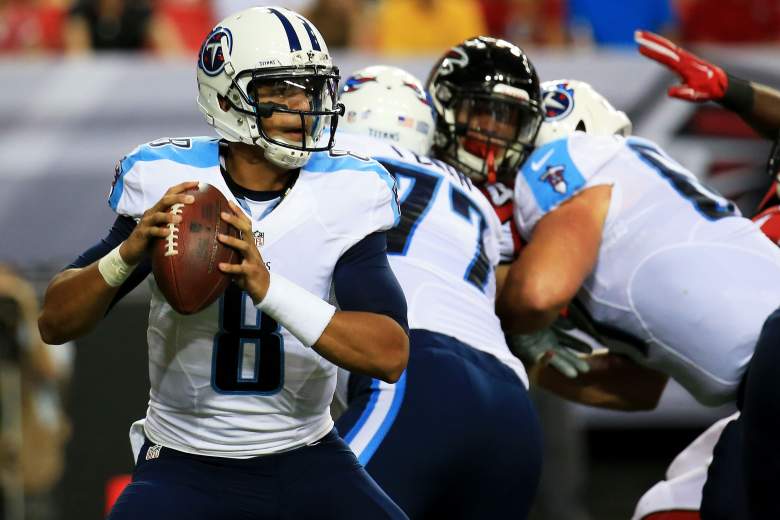 All eyes continue to be on rookie Marcus Mariota. (Getty)

All eyes have been on Marcus Mariota. Mariota struggled in the first preseason game against the Falcons. He had both a fumble and interception on his first two series. His complete numbers for the game was 7-of-8 for 94 yards.

Mariota looked better in the second game against the Rams. He went 5-of-8 for 58 yards and avoided the crucial turnovers that marked his first game. While the attention is on the quarterback, there is quite a battle for the starting running back position. Bishop Sankey and rookie David Cobb are both competing for the starting position. Sankey rushed for 45 yards on 6 attempts in the second game while Cobb had 11 carries for 53 yards in the first preseason game.

The Chiefs return a solid defense but the question so far has been on the offensive side of the ball. Alex Smith was 11-of-18 for 81 yards, 1 touchdown and 1 interception in the last preseason game. Wide receiver Jeremy Maclin, the Chiefs new addition through free agency, had a few nice catches against the Seahawks. He finished with three receptions for 22 yards, including one touchdown.

Backup quarterback Chase Daniel has had two solid preseason games. While it would be an overreaction to say there is a quarterback controversy, it is understandable if there are whispers among fans. We do know that as long as Jamaal Charles remains healthy, the Chiefs will always have someone to build the offense around. 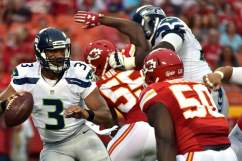