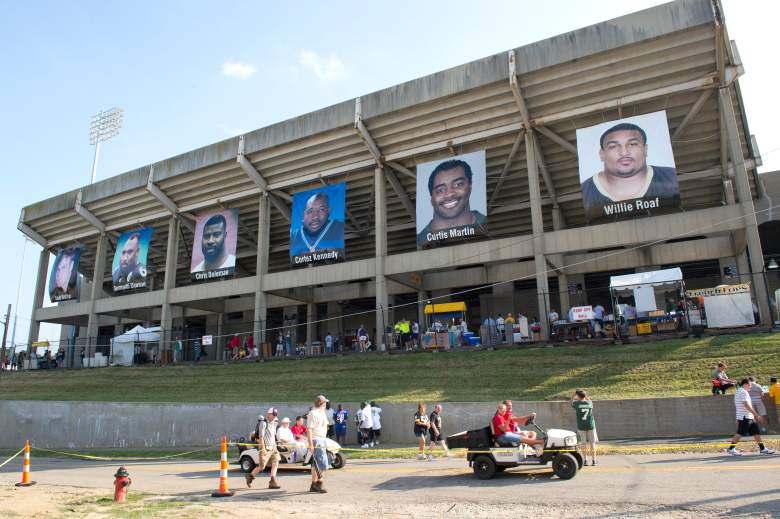 The start of the NFL season always begins with Hall of Fame weekend in Canton, Ohio. The 2015 Hall of Fame class will be inducted in a ceremony Saturday night, and on Sunday the 53rd annual Hall of Fame Game will take place between the Pittsburgh Steelers and Minnesota Vikings.

The site of the game, Tom Benson Stadium, has a capacity of 22,364, making it by far the smallest arena in which professional football is played. The atmosphere creates a unique experience for an NFL game at a high school site.

Here’s what you need to know about the stadium. 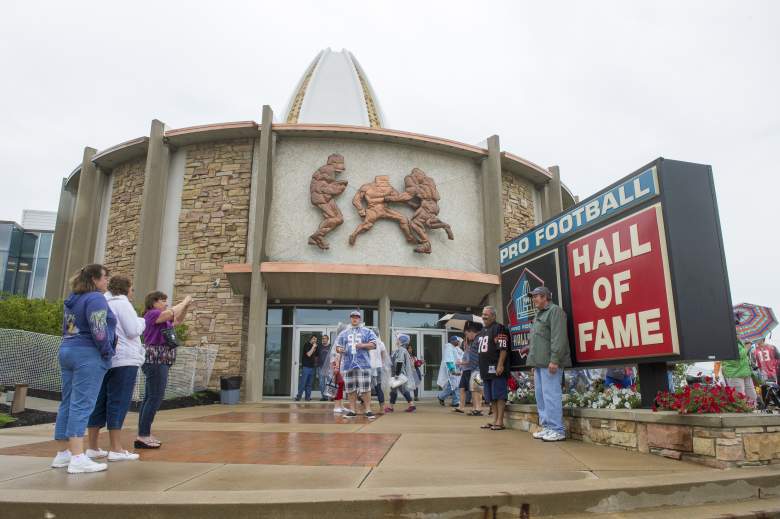 The Canton Bulldogs were one of the first football teams in existence, and won back-to-back NFL Championships in 1922-1923. They played at League Field from 1905 until 1926 before the club folded.

Construction of a new stadium in Canton took place in 1937, and was completed two years later. Then holding 15,000 seats at the time, it became the largest high school stadium in the country. The site was the host of many prominent football games in the area before a new element came into play.

Having helped establish professional football in America, Canton was chosen as the site for the Pro Football Hall of Fame in 1961 after several years of campaigning by Canton’s citizens. The city then took pledges from citizens totaling $378,026, and on September 7, 1963 the museum was opened next to the stadium. 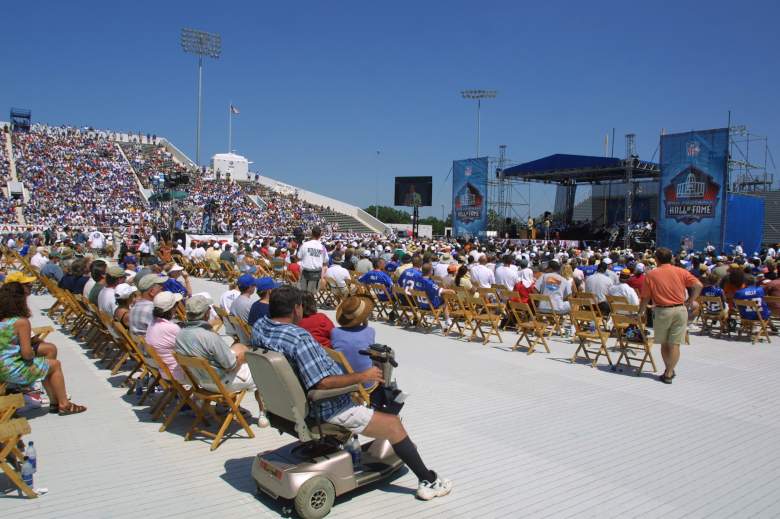 The highlight of Hall of Fame weekend is of course the enshrinement of the game’s legends into Canton’s iconic museum. After eight talented men are inducted on Saturday, there will be 295 Hall of Famers. There hasn’t been eight inducted in one single year since 1967.

The ceremony used to take place at the front of the Hall of Fame Museum for most of its history, but in 2002 a decision was made to change it to inside the stadium.

There have been several memorable speeches over the past 15 years, including one by former Bills great Jim Kelly.

3. Name Changed From Fawcett Stadium In 2014 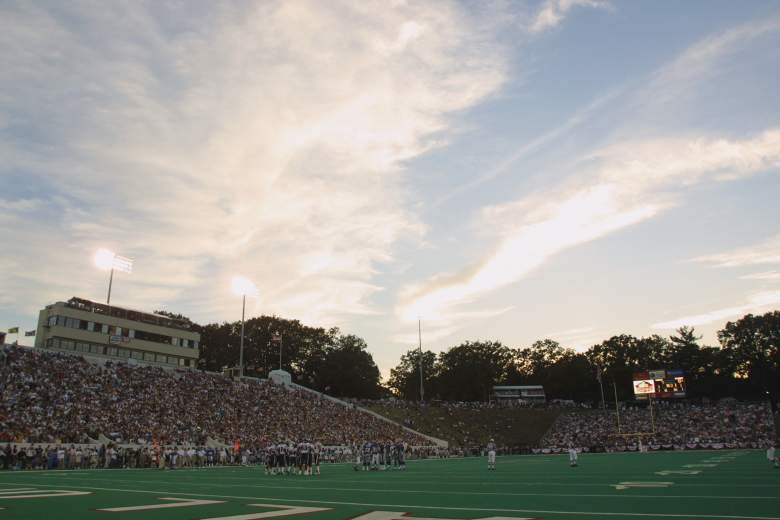 From the time the stadium was built in 1939, it was named after John A. Fawcett, a former member of the education system in Canton. However in November, 2014, New Orleans owner Tom Benson pledged $11 million towards a massive upgrade of the site.

“Mr. Fawcett was a respected community leader, school board member and outstanding athlete,” Canton City Schools Superintendent Adrian Allison told cantonrep.com. “After sharing the news of Mr. Benson’s gift with Mr. Fawcett’s family, I believe that he would be proud that the students of Canton will have the opportunity to compete in what will be one of the finest facilities in the country. He would have appreciated the importance of this project for the city.”

The stadium was renamed Tom Benson Hall of Fame Stadium for his generosity. In a letter to the NFL, Benson said that one of the reasons why he donated the money was to try to reshape the image of the league following the constant scandal that has overtaken the headlines. 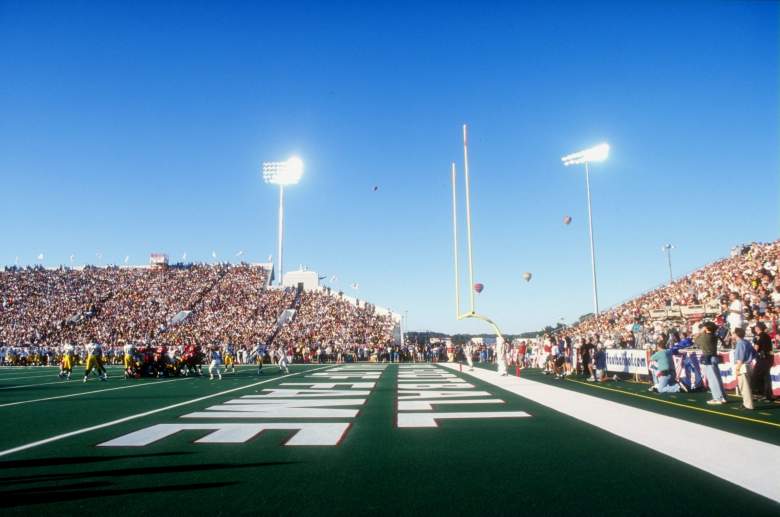 In addition to the once-a-year Hall of Fame Game, Benson Stadium plays hosts to plenty of local football during the season. The stadium is located right behind McKinley High School, which is one of the strongest programs in the state. Though the team slipped to 4-7 last year, McKinley is a consistently an eight-win team. Timket High School also plays its home games here.

In addition to McKinley, Benson Stadium is also the home stadium for Walsh University and Malone University — two small schools with about 2,500 enrollment. Prior to 2014, Benson Stadium was the host of high school state championship games.

This weekend, Aerosmith will play prior to the induction ceremony.

5. Stadium is Set For Another Round Of Renovations This Fall 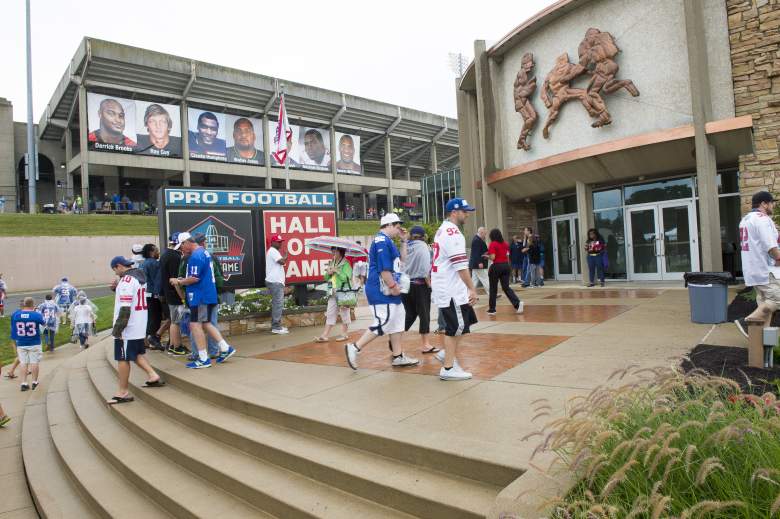 Tom Benson and other broke ground on a new round of renovations Friday. (Getty)

Prior to the festivities of the Weekend, Benson and other broke ground on what will become $80 million worth of renovations to the storied stadium. Benson donated $11 million of his own money toward the project.

The work will start in September and will not be completed until 2017, and will encompass the entire stadium. Because of this, the state high school championship games will take place in Columbus for the next two years. Ohio Stadium, home of the Ohio State Buckeyes, hosts close to 105,000 people.