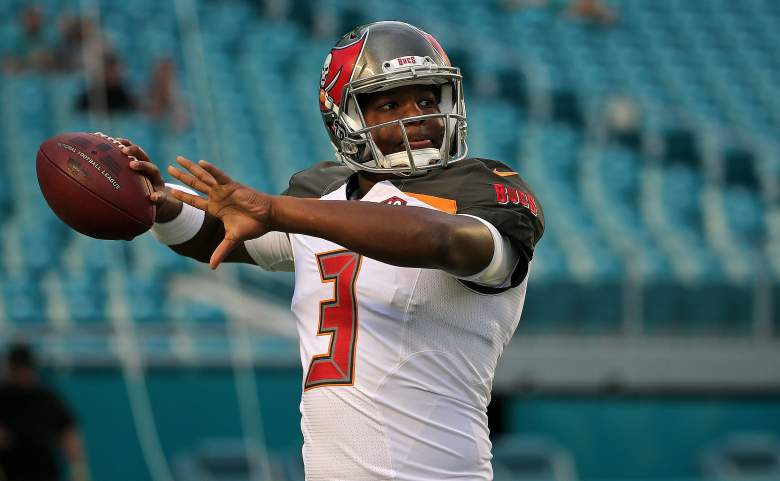 Jameis Winston is now the starting quarterback for the Tampa Bay Buccaneers, but his family has been with him from his humble beginnings in Hueytown, Alabama. (Getty)

As the NFL season draws closer, it is important to learn more about the players that we will watch over the next months. One of the most analyzed players of the 2015 season will be Tampa Bay Buccaneers rookie quarterback Jameis Winston, the first pick of the 2015 NFL Draft from Florida State. Winston is originally from a small town in Alabama and grew up there with a tight-knit family.

Get to know more about the Winston family and their impact on Jameis:

1. Jameis Winston Grew Up In Alabama With His Mother and Father

Jameis Winston was a two-sport star at Hueytown (AL) High School, recruited by Florida State to play football and baseball. His mother Loretta and father Antonor have been by Jameis’ side the whole time.

Antonor, who works in traffic maintenance in Hueytown, fought to keep his son grounded and, in response to Jameis’ legal issues at Florida State, was quoted in the Miami Herald as saying: “How do I know my son was innocent? Because I raised him.”

Jameis got his athleticism from his parents as well, as Loretta was a runner and once beat Olympian Vonetta Flowers in a middle school race. Antonor played basketball, football and ran track for Hueytown, committing to Michigan State to play cornerback out of high school. Academics kept the elder Winston from Michigan State and he failed as a defensive back at Jacksonville State.

He also has a dog, a pitbull named Ice, and a seven-year old brother named Jonah. 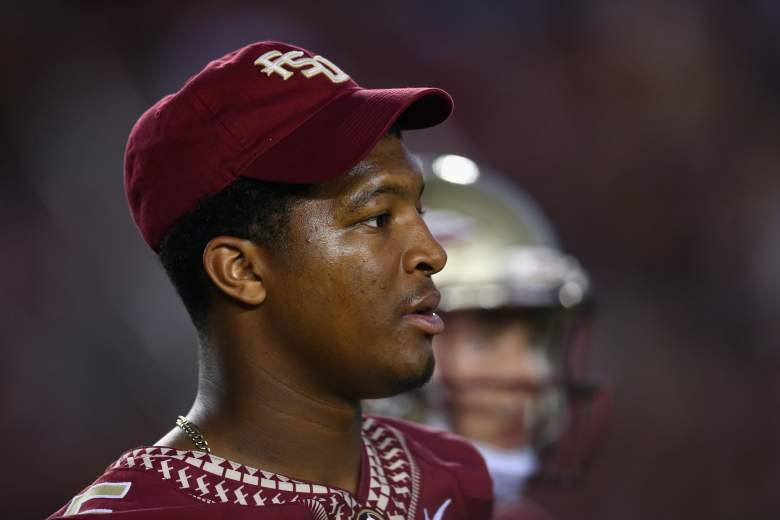 Jameis Winston had a troubled tenure at Florida State, trouble that Jameis’ father Antonor said was the fault of Florida State’s culture. (Getty)

Antonor Winston said that Jamieis Winston was “supposed to have somebody around him 24/7” while he was at Florida State and that was why he got in so much trouble. Winston may be one of the best players to come out of college in the past couple years, but he was accused of rape, stealing from a grocery store, and was suspended for a game for inappropriate language in public. All of these acts, in the mind of Winston’s father, are because he was targeted and was alone for these acts to occur and for him to be blamed.

There were other times that Jameis got in trouble, proving that his father may be a little off base. In July 2012, Winston allegedly stole soda from a Burger King. Later that year, in November, Winston was questioned by police after windows in an apartment complex were broken in a BB gun battle.

In this case, it seems that father does not know best.

3. Jameis’ Little Brother Jonah Has Gained Acclaim For His Athleticism 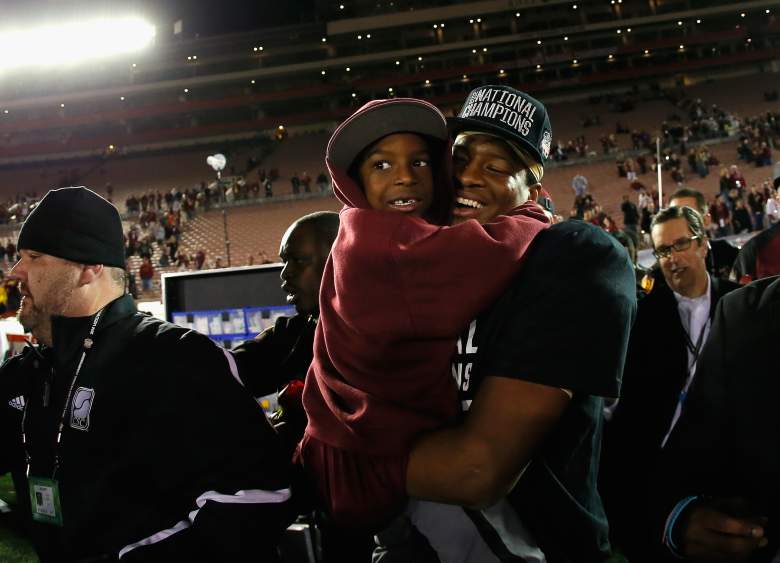 Pictured after the 2014 National Championship game, Jameis’ younger brother Jonah Winston may be as athletically talented as his older brother. (Getty)

Jonah Winston may only be seven years old, but his talent in baseball is real. His older brother Jameis was a pitcher at Florida State as well and Jonah has shown that his brother’s talents may run through the Winston blood line.

Hueytown Little League director Steve Crim said that Jonah’s talents are not limited to baseball, as he has shown talent in basketball and football as well.

A little highlight reel put together on the younger Winston:

Jameis refers to his little brother as “Young Jeter” and “King Jonah P” and his Instagram is full of acclaim for his younger brother:

What's good Winston FAM! #KingJonahP my bro got All A's and star student #blessed that boy handles his business #dangwelookGOOD

4. Winston Was With His Family When He Was Drafted First By The Buccaneers

Jameis Winston chose to not attend the 2015 NFL draft, opting instead to stay in Hueytown and enjoy the moment with his family. Winston was surrounded by his parents, his grandmother, his girlfriend and a couple dozen other family members and friends when he received the call from Buccaneers GM Jason Licht stating that he was heading to Tampa Bay.

A video showing the moments where he was drafted in Bessimer, AL, where he was flanked by his girlfriend Breion and grandmother Myrtle:

As you can see, the Winston family was loud and proud in Alabama and there appears to be about 30 new rabid Tampa Bay Buccaneers fans.

Jameis Winston’s girlfriend Breion Allen , an athlete in her own right, also has two relatives that played in the NFL.

Two of her cousins — running back Sean Jackson and defensive back Sam Shade — starred at high profile college programs and went on to play in the NFL.

Jackson played form 1990-94 at Florida State, where he was starter on the Seminoles’ 1993 National Championship team. The Houston Oilers drafted Jackson in the fourth round of the 1994 NFL draft.

Shade starred at Alabama from 1991-1994. He picked in the fourth round of the 1995 NFL draft by the Cincinnati Bengals and went on to have an eight-year NFL career with the Bengals (1995-98) and Washington Redskins (1999-2002). He is now in his fifth season as an assistant coach for Samford University, coaching cornerbacks. In 2011, Shade worked with the secondary that ranked third in the Southern Conference in pass defense. Shade also tutored 2012 NFL Draft pick Corey White.