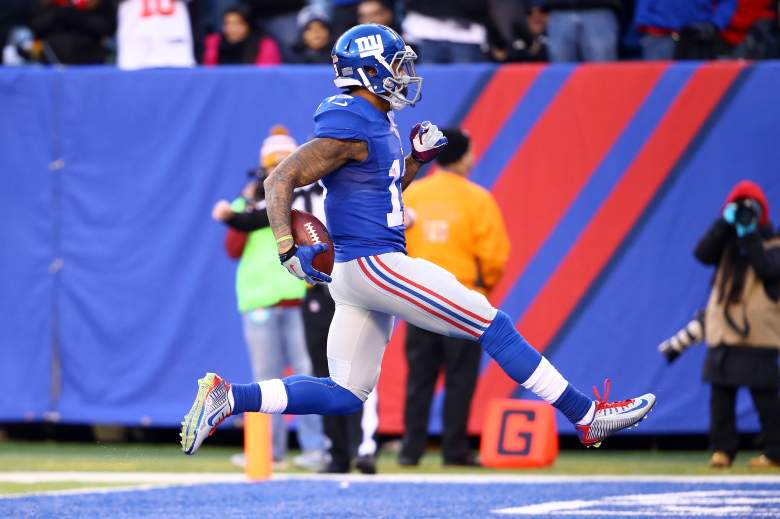 Odell Beckham Jr. took a major hit late in the first quarter on Sunday night. Welcome back to football. (Getty)

Odell Beckham took a big-time hit in the waning minutes of the first quarter against the Dallas Cowboys and this time he didn’t hold on to the ball.

Beckham tried to grab the ball in the middle of the field but took a major hit from Dallas defensive back J.J. Wilcox. The second-year wide receiver left the game for a play, returning to the sideline where he waved off medical staff. He came back into the game shortly after.

Check out the hit right here:

This was the report from the sideline:

Odell was walking around OK on sideline. Then Ronnie Barnes tapped him on shoulder and he was taken into tunnel.