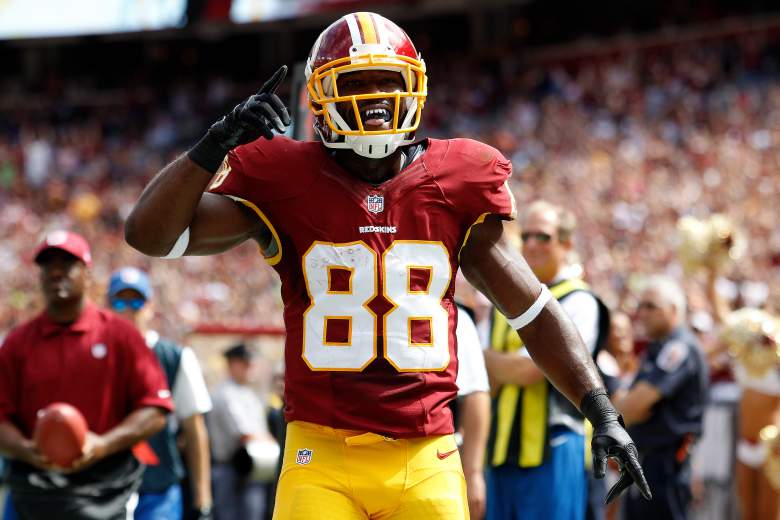 The Washington Redskins executed almost perfectly on Sunday afternoon and it got them their first victory of the season. In a game no one really expected, the Redskins dominated on both sides of the ball and introduced the world to potential star Matt Jones along the way.

Kirk Cousins led the charge, going 23-for-27 for 203 yards and one touchdown. He was only sacked twice and did not throw an interception. That is a completely swing from last week’s up-and-down performance against the Miami Dolphins.

While Cousins directed the offensive charge, Matt Jones led the game on the ground. The Washington rookie racked up two touchdowns (the first of his career) and notched 123 carries on 19 yards.

Meanwhile, the Redskins defense, gave up just 213 total yards as St. Louis recorded just 11 first downs. Nick Foles, who took a big-time hit in the final seconds of play, was 17-for-32 for 146 yards through the air. 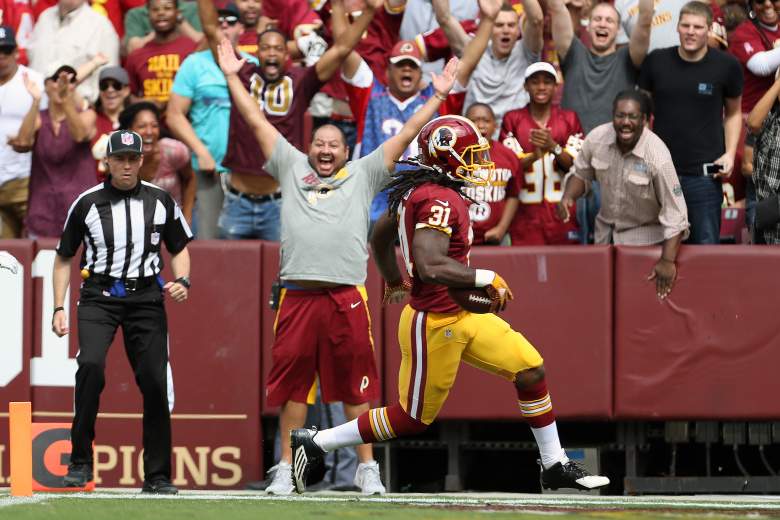 Rookie running back Matt Jones had quite an afternoon on Sunday, including two touchdown runs. (Getty)

Welcome to the NFL, Matt Jones.

The Washington Redskins rookie running back notched his second touchdown run of the afternoon, barreling in from three yards out to put his squad up by two touchdowns late in the fourth quarter.

Who would have thought that the guy who gashed the Rams on the ground at FedEx Field would be rookie Matt Jones?

Jones had been the Redskins’ leading rusher in the preseason but not many people expected him to be Washington’s top back on Sunday afternoon.

A Matt Jones Fumble Led to a Kenny Britt Touchdown

Jones had his first miscue of the day when he lost the football midway through the third quarter and the Rams defense was able to fall on top of it.

Robert Quinn poked the ball out and TJ McDonald was able to recover it. That was exactly what St. Louis needed, particularly after putting points on the board on the first drive of the third quarter.

The Rams made good use of the turnover as Nick Foles threw to the end zone just two plays later for a Kenny Britt touchdown reception, cutting into Washington’s previously comfortable cushion. Check out Britt’s touchdown reception here:

The Redskins Led the Rams 17 – 0 at Halftime 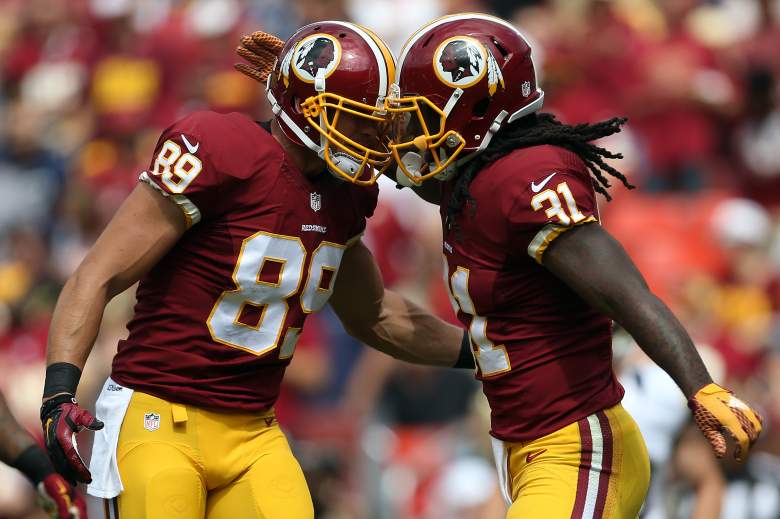 The Washington Redskins dominated on both sides of the ball against the St. Louis Rams in the first half on Sunday. (Getty)

Welcome to an NFL Sunday that no one expected.

The Washington Redskins did just about everything right in the first 30 minutes of Sunday’s matchup against the St. Louis Rams and went into the break with a dominant 17-point cushion.

The Redskins offense, which looked anemic in week one, jumped on the Rams much-hyped, Seahawks-defeating defense, from the get-go and never looked back:

Matt Jones was a surprise in the surprise, rushing for 80 yards and a touchdown on nine carries, while Alfred Morris chipped 52 yards on eight carries. Kirk Cousins not only looked comfortable under center, but confident, going 12-for-14 for 115 yards and one touchdown.

The Rams, meanwhile, had just 17 rushing yards and Nick Foles threw for just 59 yards in the air. St. Louis converted just one third down on seven attempts. Take a moment to be thankful that you were not in that Rams halftime locker room. It probably wasn’t pleasant.

Pierre Garcon Hauled in a TD Pass From Kirk Cousins

The veteran Redskins wideout hauled in a back shoulder catch from Kirk Cousins to put Washington up 17-0 on St. Louis in the second quarter. It was a surprising moment in a surprising game as Washington’s offense continued to have its way with the very hyped up Rams defense.

Rams have already given up more than 100 yards rushing today. Looks like run defense circa first quarter of '14 season.

With just over three minutes left in the half Cousins had thrown for 115 yards on 12-of-14.

Talk about a one-two punch.

Right after Alfred Morris’ 35-yard dash lifted him to No. 5 all-time on the Redskins rushing records, Jones dashed into the end zone from 31 yards out. Suffice it to say that he was pretty psyched about his first-ever career touchdown:

The Washington Redskins would like to make sure history does not repeat itself on Sunday afternoon.

The last time the Redskins squared off against St. Louis Rams, they dropped a 24-0 game that was an embarrassment in more ways than one. At least this time around, Jeff Fisher says he’ll probably use “the captains that were elected by their teammates.” Last year, Fisher angered more than a few fans in Washington when he sent the six players the Rams drafted with picks acquired in the 2012 trade with the Redskins.

Fisher may not need to mess around with quasi-statements via his captains. The Rams are the definite favorites heading into Sunday and St. Louis quarterback Nick Foles is returning to some very familiar territory. In his past two starts against Washington, with the Eagles, Foles is 2-0, going 44-for-67 for 623 yards, three TDs and zero interceptions.

The pressure is on Washington’s defense to step up its game against Foles and on the Redskins’ offense to find a big-time playmaker after DeSean Jackson went down with a hamstring injury last week.