Adrien Broner will take on Khabib Allakhverdiev for the vacant WBA super lightweight title on Saturday in front of hometown crowd at U.S. Bank Arena in Cincinnati, Ohio.

The fight will be broadcast live on SHOWTIME starting at 10 p.m. ET/7 p.m. PT.

Read on for a preview and a prediction.

Khabib Allakhverdiev (R) has been out of the ring for 18 months. (Getty)

Adrien Broner (30-2, 22 KOs) enters the fight a favorite in Vegas and on online sportsbooks. But while Allakhverdiev (19-1, 9 KOs) has been out of the ring for over a year, the tough Russian has yet to be stopped and he’ll be looking to make a statement by upsetting “The “Problem” on enemy territory.

“I am not worried about fighting in Broner’s hometown,” said Allakhverdiev during a recent media workout. “I have fought many fighters in their own cities and it doesn’t bother me. On Saturday night, I will show the fans a great fight and come out with the victory.”

Adrien Broner, a 26-year-old former three-division world champion from Cincinnati, Ohio, was last in action with a unanimous decision loss to Shawn Porter in June. Prior to the Porter fight, Broner had dispatched John Molina, Emmanuel Taylor, and Carlos Molina, since suffering his first professional loss at the hands of Argentine Marcos Maidana in 2013.

Broner is a highly skilled, versatile boxer-puncher with deep amateur pedigree (300-19-1 before going pro). Broner’s flashy style and blazing combinations have made him one of today’s most entertaining boxers to watch, but his recent lack-luster performances have many fans questioning if he will live up to his self-promoted hype.

“I’m excited to be back in Cincinnati taking on a tough world class fighter who is going to bring it,” said Broner, who has held world titles at 130, 135 and 147 pounds. “This fight means the world to me. It’s a huge deal to have the chance to be a four-division world champion at 26 years old.” 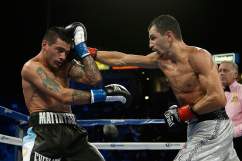 Khabib Allakhverdiev is also coming off of a loss, a controversial decision to Jessie Vargas, in which he lost the very title that he will be fighting for on Saturday.

“The experience I gained after losing the title in my last fight [against Jesse Vargas] is that I really understand the opportunity that I am being given going into this fight,” said Allakhverdiev.

Allakhverdiev, a 32-year-old southpaw, holds recent wins over Joan Guzman and former world champion Souleymane M’Baye. He has fast hands and feet, a tricky rhythm, and a reliable chin. Before our prediction for the fight, check out some action from Allakhverdiev’s title win over Joan Guzman:

This title fight is a gift opportunity for Allakhverdiev, a good chance to impress in a marquis main event, and keep his name in the mix. But it is an even better bounce-back opportunity for Broner, with a game opponent who does everything pretty well but nothing exceptionally, and will stand in front of “The Problem” and eat leather.

We’ll see how much pop Broner can deliver at the 140-pound limit of the super lightweight division, but I think the fight will go the distance with a convincing win for the hometown son. 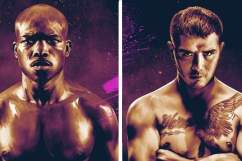 Read More
Boxing, Showtime
Adrien Broner takes on Khabib Allakhverdiev for the vacant WBA super lightweight title. We have your details and a prediction.