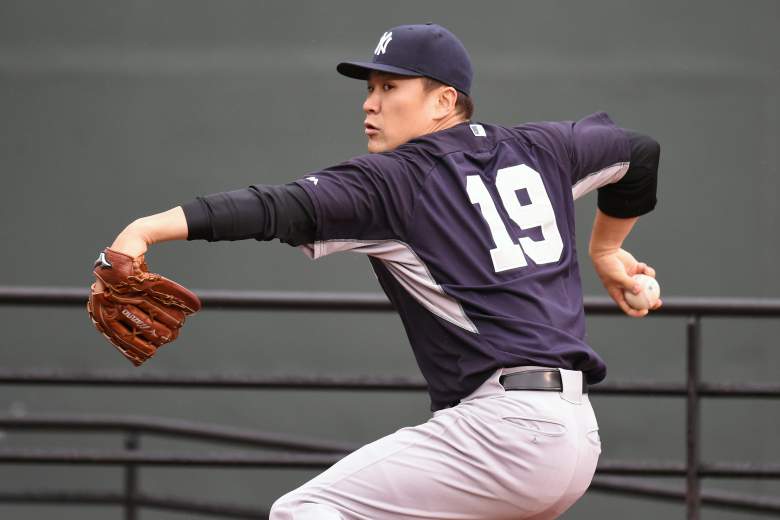 Masahiro Tanaka will get the start for the New York Yankees in the AL Wild Card game on Tuesday night. (Getty)

It’s the young guns vs. the old guard and only one can keep their season going.

The Houston Astros take on the New York Yankees in the AL Wild Card game on Tuesday night, a must-win situation for both squads looking to keep their postseason hopes alive.

After a dramatic down-to-the-wire finish, the Astros clinched their first playoff berth since 2005 (when they made it to the World Series) and their first winning record since 2008. Despite that, Houston limped into the playoffs, losing 14 of its first 21 games thanks to some truly dreadful bullpen play.

But while the bullpen was disappointing, Dallas Keuchel was anything but throughout the season, anchoring the team’s rotation and setting career highs in innings pitched (232), wins (20) and strikeouts (216) along with a career-best ERA (2.48) and WHIP (1.02). He’s also been really good at home:

So, naturally, the Astros will play their Wild Card game on the road.

He’s pitching. That was the guy that we were planning on pitching in that one-game playoff, but we had to see how he was and we wanted to try to get him as healthy as possible before we pitched him again.

Much like Houston, the Yankees have struggled late in the regular season as injuries have taken their toll on the team’s lineup. Second baseman Stephen Drew is expected to miss most of, if not all, the postseason after being diagnosed with a vestibular concussion earlier this week.