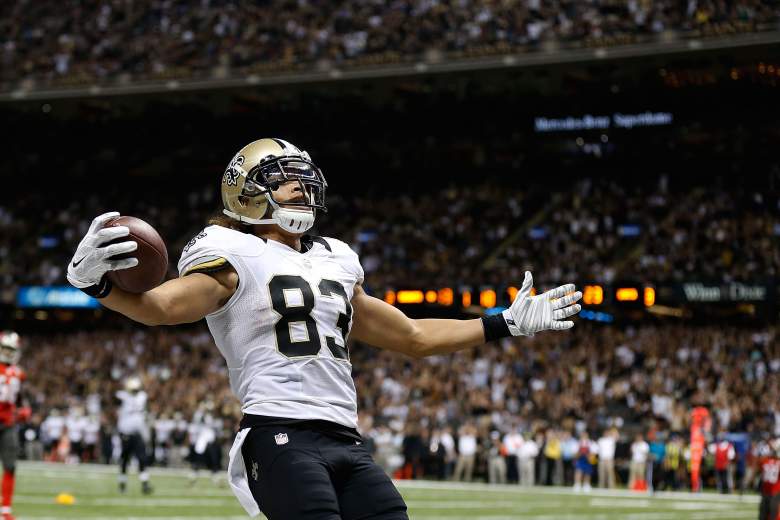 Week 6 of the NFL season is on the horizon and Heavy’s partners at DraftKings have a bevy of contests ready to roll for the weekend.

And while we have a few days before the action gets underway, it’s never too soon to start studying and researching. So let’s start this week’s fantasy football advice posts with the DraftKings bargains and sleepers for Week 6.

But before we get to them, don’t forget to bookmark our fantasy football rankings 2015 page to keep up-to-date on the latest projections and rankings so you know you who to start and who to sit each week.

Here are the top sleepers and bargains for DraftKings NFL Week 6:

Don’t look now, but the Eagles’ offense is starting to click as Bradford has thrown 5 touchdowns over the past 2 games. Bradford is averaging 23 fantasy points over the past 2 contests and faces a Giants defense ranked 27th against opposing QBs. I like where this is going. Bradford’s $6K salary also makes him an attractive option. And that +3 point, 300-yard passing bonus is definitely attainable.

Speaking of attractive salaries, you can’t get any lower than Kaepernick’s $5,000 (for real, it’s DraftKings’ lowest QB price). Kaep’s 20 fantasy points in Week 5 were his second-most of the season and now he faces a Baltimore defense ranked last when it comes to fantasy points allowed to opposing QBs. It really sets up — on paper, at least — for another productive Kaepernick day. A gamble, of course, but Kaepernick has shown the ability to step up when he plays against brutal defenses (hey, that’s something).

I’m considering Lewis more of a bargain than a sleeper. Everyone knows who he is now, but he still gets a very affordable price on DraftKings. LeGarrette Blount will probably get the bulk of the carries, but Lewis shines in the passing game and that’s big-time value in DK scoring (1 point per reception). Tom Brady gets Lewis the ball in space and ex-Eagle and Colt has taken advantage. There is no reason to think it won’t happen again vs. Indianapolis in Week 6.

Like Lewis, Johnson makes his bones in the passing game. The Duke has reeled in 21 passes in the past 3 games, boosting his fantasy points per game average considerably. While Isiah Crowell gets the lion’s share of the carries, Johnson is closing the gap. The Broncos just allowed Raiders running backs to catch 13 passes and a TD in Week 5, so Johnson could find himself with solid numbers once again.

Decker has scored in each of his 3 games this season and has done so on just 19 targets. Brandon Marshall is dominating defenses, so expect the Redskins to focus on shutting him down. That’ll leave a lot of one-on-one situations for Decker, who has become a legitimate redzone target. In Week 6, only one receiver costs less while scoring more fantasy points than Decker (Miami’s Rishard Matthews at $4,200 and 17.2 FPPC).

Jones’ return from injury is a major reason Andy Dalton has emerged as a No. 1 fantasy QB, though sometimes the young receiver disappears (Week 4, for instance). Dalton shredded the Seahawks in Week 5 and will look to do the same vs. a beatable Bills secondary, meaning Jones should be busy.

Brees to Snead isn’t exactly Montana to Rice, but they’re connecting for 76 yards per game. And Brees seems to look most comfortable throwing to the 1st year player out of Ball State. The Falcons aren’t giving up many receiving TDs (just 6 through 5 games), but opposing QBs are basically completing passes at will. If you let Drew Brees have some time, he’ll destroy you. Even with unknowns like Snead, who should be very productive once again.

With Antonio Gates back, it’s time to drop Green, right? Absolutely not. Green and Rivers have finally built a very solid rapport (took years it feels like, though) and the young tight end might actually benefit from Gates’ return. Gates is still the apple of Rivers’ eye, but Green is a matchup nightmare who will see plenty of targets.

Tamme is definitely a hit-or-miss, but was all hit in Week 5 vs. Washington, grabbing 8 passes for 94 yards. And he could keep the ball rolling in Week 6 against the Saints, who rank 29th in fantasy points allowed vs. opposing tight ends. The $2,500 price tag is the lowest among all TEs on DraftKings, so Tamme certainly qualifies as a sleeper.