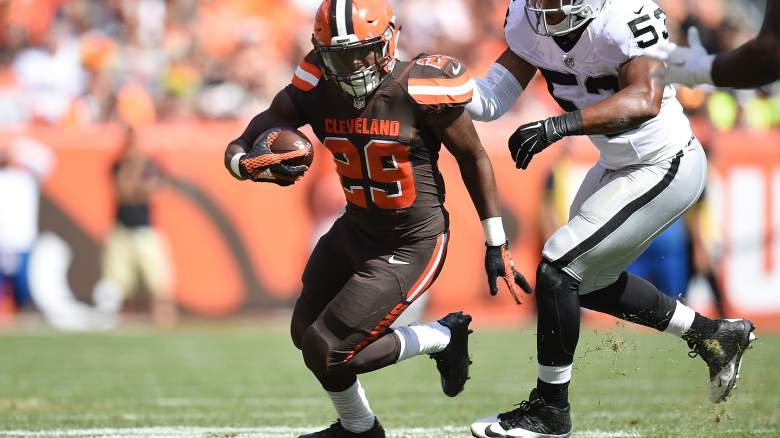 The Cleveland Browns need playmakers on offense, and it appears they’ve found one in rookie Duke Johnson Jr.

Johnson, who was selected in the third round of this year’s draft, got off to a bit of a slow start to the season, tallying 65 rushing yards and zero receptions in Weeks 1 and 2. But it seems the Browns are finally figuring out how to use him. He had six catches for 32 yards in Week 3 and followed that up with nine catches, 85 yards and a touchdown against the San Diego Chargers on Sunday.

On his touchdown, he lined up out wide and absolutely toasted a linebacker for 34 yards:

This is hardly just a flash in the pan, either. Just a couple days ago, head coach Mike Pettine talked about the need to involve Johnson more in the offense, and now we know those words had plenty of substance:

#Browns HC Mike Pettine said we need to get RB Duke Johnson ball more in space, we've seen flashes of what he can do, think future is bright

There’s no reason for the Browns, a team that lacks offensive weapons, to stop putting the ball in Johnson’s hands. In terms of early-down work, Johnson is still sharing carries with Isaiah Crowell, which somewhat limits his value, but he should continue to see at least 10-12 touches per week, a lot of which is going to come in the passing game.

When you combine Johnson’s explosive skill set–he averaged 7.1 yards per touch at Miami–with a steadily increasing workload (he missed a large portion of the preseason, so it makes sense that the rookie is just now getting into the flow of things), you get a must-own player moving forward.

He’s still a matchup play on a week-to-week basis in standard leagues, but with 15 receptions in his last two games, he has established himself as a must-start player in PPR formats.