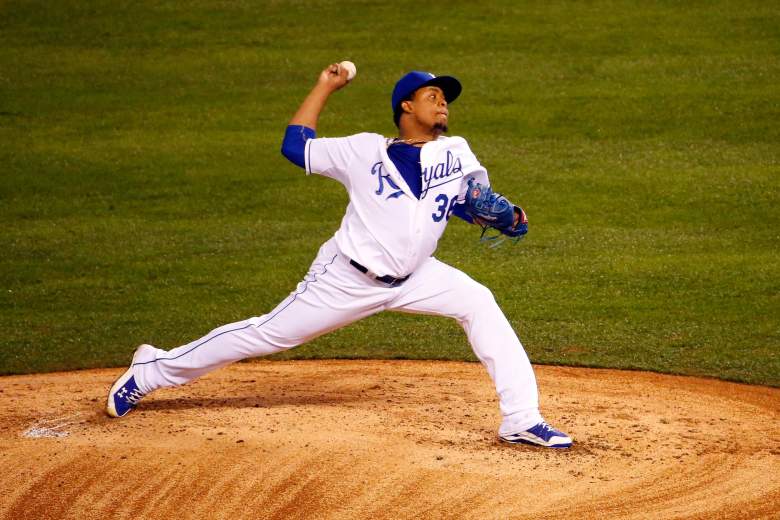 Edinson Volquez has to confide in his mother after his father died before his Game 1 start of the 2015 World Series. (Getty)

Sadly, Volquez’s father’s death is the second Royals pitcher lose a parent in the past month. Chris Young, the Royals’ Game 4 starter, lost his father, Charles, to cancer in September. The next day, Young pitched five perfect innings before leaving the game to be with his family.

Here is information on Daniel’s wife and Edinson’s mother:

1. Anna Was With Daniel As He Battled Heart Disease

According to initial reports, Daniel Volquez passed away after battling heart disease.

Their son, Edinson, may still not know about his father’s death as he starts Game 1 of the World Series.

Call me old fashioned but somebody should probably tell Edison Volquez that his Dad died.

2. She Works In A Hospital

According to a piece in the Kansas City Star from earlier this year, Edinson Volquez commented on the fact that his mother worked in a hospital.

Volquez dad died today and he's on the field throwing Game 1. Right where any dad would want their son to be. #TakeTheCrown #WorldSeries

3. She Has Three Daughters As Well As Edinson

Edinson Volquez, in the same Kansas City Star piece quoted above, marveled that Anna could work at the hospital and “still do everything around the house for him and his three sisters.”

“We were rich,” he said, “because we had everything you could want as poor people.”

Thoughts are with the Volquez family tonight:

What Edison Volquez is doing right now is crazy. Prayers up to that man and his family. This really puts the game in perspective.

4. Volquez Is From The Dominican Republic 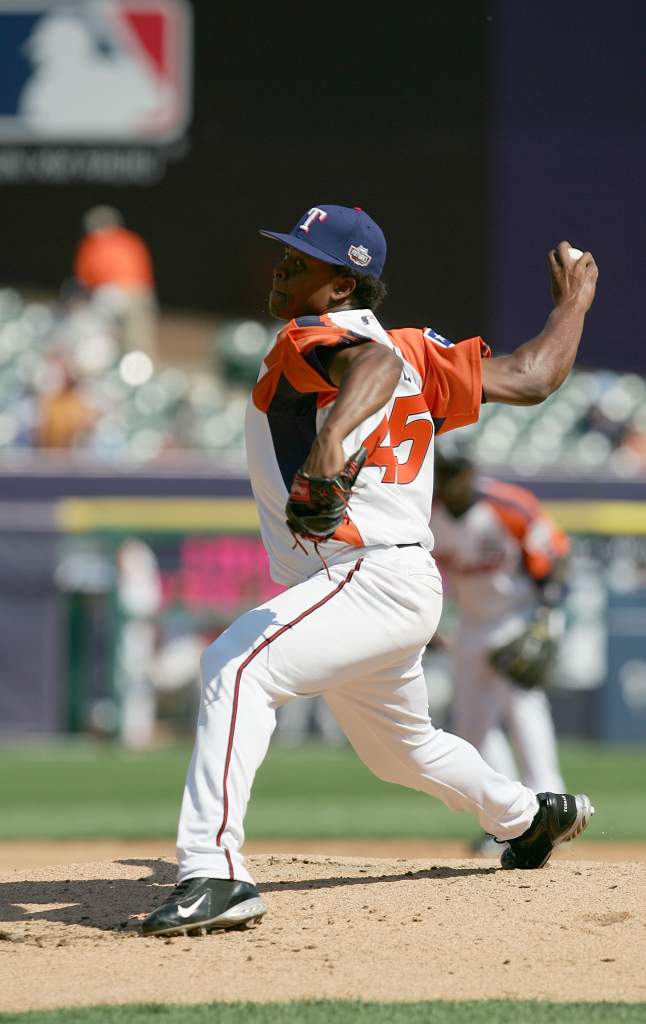 Before playing for the Texas Rangers, Edinson Cavani began pitching in the Dominican Republic. (Getty)

Edinson Volquez was nine or ten years old when he first started playing baseball and says that he counted his parents as some of his biggest and most consistent reporters. Volquez told The San Diego Tribune in 2012:

Volquez regularly returned home to the Dominican Republic during the offseason, usually spending four months with his family before starting Spring Training. 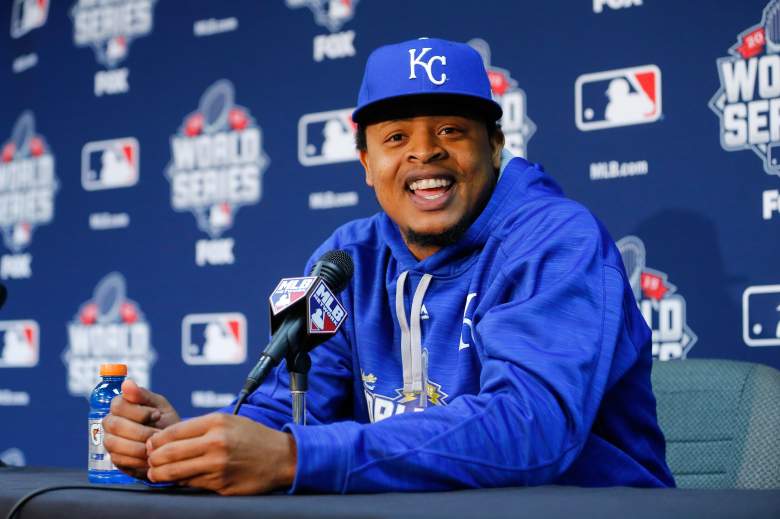 Edinson Volquez was in good spirit before his first World Series start, but his mood became somber with the news of his father’s death. (Getty)

Edinson Volquez has been rocked in five career playoff starts, posting a 1-4 record and 6.56 ERA in 23 1/3 innings. Despite his poor playoff record, he did pitch six shutout innings in Game 1 of the ALCS, allowing only two hits while striking out five batters.

Although he started Game 1 well, a Curtis Granderson home run gave the Mets the lead in the sixth inning:

Curtis Granderson smacks one to right field off Edison Volquez for the #Mets Homerun! #WorldSeries pic.twitter.com/G95asQTb4R

For the game, Volquez pitched six innings and allowed three runs on six hits, leaving with the score tied at three in the top of the seventh inning. Obviously, and sadly, his mind was in another place throughout his first World Series start, but he pitched very well considering. 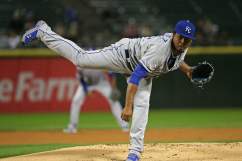