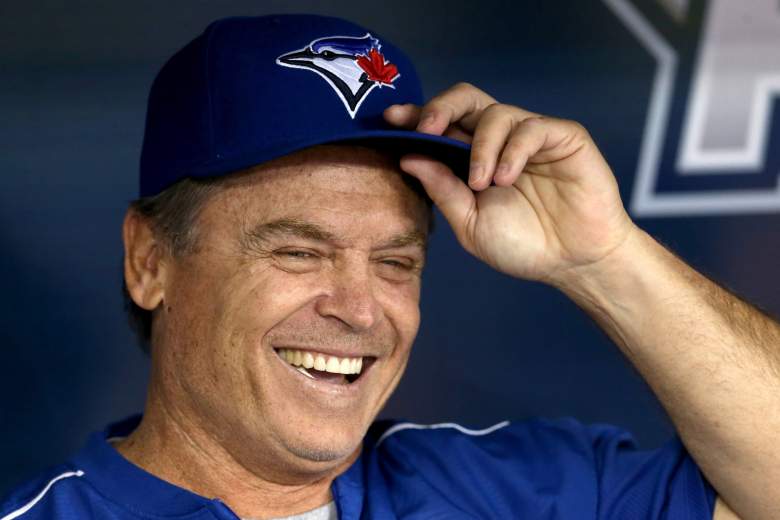 John Gibbons has got the Toronto Blue Jays vying for their first World Series berth since 1993. (Getty)

He played little league, grew up around the sport and occasionally dreamed of the day he’d be leading a team to a World Series title. It hasn’t quite shaped up that way.

Gibbons’ playing days are long over – and there weren’t that many to begin with – but now he’s got a brand-new dream, leading the Toronto Blue Jays to the squad’s first postseason berth in decades as the team’s manager. It might not have been the way he thought it up when he was a kid but Gibbons has still found a way to lead a team to a championship.

And really, that’s all he cares about. Here’s what you need to know about Gibbons:

1. Gibbons Was First Hired By the Toronto Blue Jays in 2002 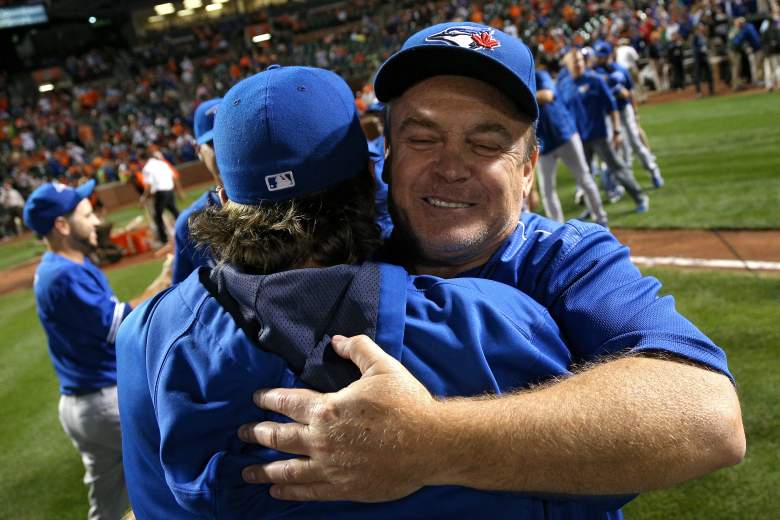 John Gibbons coaching career has taken him to and from Toronto with two different stints in the Blue Jays dugout. (Getty)

Gibbons is currently in his second stint as Toronto Blue Jays manager after working with the team from 2004 to 2008. He originally joined the franchise in 2002 as the team’s bullpen catcher before working his way up to first base coach later that year.

After Carlos Tosca was fired, Gibbos was promoted to manager in 2004 and, after going 20-30 with the team, signed a one-year contract for the 2005 squad. However, the relationship hit a baseball snag in 208 and Gibbons was let go on June 20.

Gibbons went to notch stints as the Kansas City Royals bench coach from 2008 to 2011 and as the manager of the San Antonio Missions, the Double-A affiliate of the San Diego Padres.

Then, he came back to Toronto. On November 20, 2012, Gibbons was re-hired as the team’s manager on a two-year rolling contract.

2. He Played 18 Games in the Majors With the New York Mets

After being selected by the New York Mets with the 24th overall pick in the 1980 MLB Draft, Gibbons played 18-games in the majors with the team from 1984 to 1986. He also served as the Mets’ bullpen catcher during the 1986 postseason as the squad went on to win the World Series.

It was a disappointing performance for a player who was once considered the future catcher of the Mets organization. By the end of his injury-plagued career, Gibbons finished with a .220 batting average, one home run and two RBIs in 50 at-bats. Still, Gibbons considers himself a Met for life, saying earlier this year:

I was over there probably a year and a half, I think it was, in the mid ’80s, up and down, that kind of thing, the last time they had some really, really good teams. It’s been a long time coming. But there’s so many good people over there working, you root for those guys. So I’m happy with what’s going on here and with the Metros and everything like that. It’s kind of cool.

That isn’t Gibbons only connection to the organization either. In 1988, Gibbons was traded to the Dodgers and assigned to Triple-A Albuquerque. His manager there? Terry Collins, the current manager of the Mets.

3. Gibbons Has Had Several Controversies With His Players During His Managerial Career

It hasn’t been an easy road to coaching success for Gibbons. In fact, throughout his career, the Blue Jays manager has faced his fair share of player-related controversies.

In May 2005, Gibbons chastised former Toronto starter Dave Bush in the dugout after he was removed from a game. The next day he was sent to the minor leagues and, at the end of the season, was traded to the Milwaukee Brewers.

Then, in July 2006, Shea Hillenbrand made his frustration with his manager known after writing negative comments on the team display board in the Blue Jays clubhouse. Gibbons reportedly confronted him in a closed team meeting and challenged him to a fight. Gibbons was also involved another confrontation with a player, Ted Lilly, who initially refused to surrender the ball when Gibbons met him on the mound to remove him from a game. The pair exchanged some shoves in the clubhouse and the fight was allegedly broken up by players and Blue Jays staff. 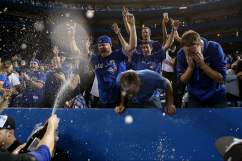 When Was The Last Time The Blue Jays Were In The World Series? 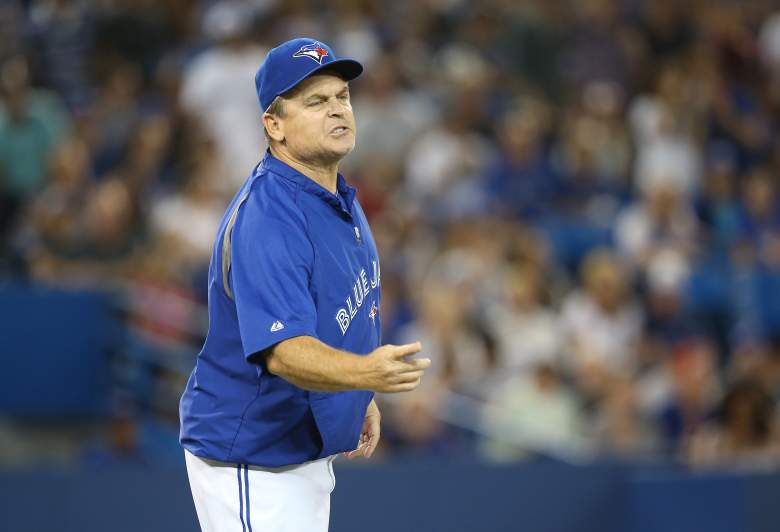 Gibbons credits his wife for her help in his ability to, finally, kick the habit of chewing tobacco earlier this year. (Getty)

The Toronto Blue Jays have achieved plenty this season but there’s one thing that Gibbons is most proud of and it doesn’t have anything to do with baseball. He’s quit chewing tobacco.

Gibbons told media that he had tried to quit the habit several times over the past five or six years but would always find a way back to it during the season, finding what he needed in one of his player’s lockers. So, what made him finally give it up? Tony Gwyn.

Gwyn was just 54 years old when he died of salivary gland cancer and the Hall of Famer had chewed tobacco throughout his 20-year career. It was enough to get Gibbons to focus on quitting and, this time, make sure it stuck. He told The Toronto Star:

It was something I needed to do. t wasn’t something I was proud of, but you get addicted to it, you know? Like all addictions you wish you could stop, but it’s not that easy. A lot of guys would do it. Then I was hooked.

As with any habit, giving up chewing tobacco wasn’t easy and Gibbons turned to his wife and three children to help him, finally, give it up for good.

5. Gibbons Has Three Children & a Reputation as a Family Man 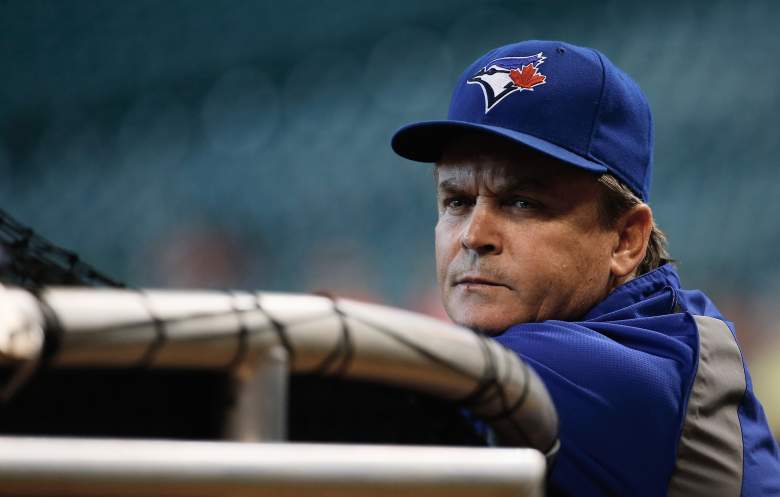 Gibbons is a father of three and has a reputation as a big-time family man both on and off the field. (Getty)

Gibbons’ family hasn’t just helped him kick his chewing tobacco habit, they’ve also served as a sparkplug for his determination with the Toronto Blue Jays this season. In the bottom corner of the white board in Gibbons office is all the proof you need to realize how important family is for the Blue Jays skipper.

His oldest daughter Jordan left a message on the board at the start of the season and even now the words are still left in tact. “Good luck on the season,” it reads. “We love you Dad.”

In addition to Jordan, Gibbons also has two more children and the long-time coach has developed a bit of a reputation as a family man on and off the diamond. “I’ve got a wonderful wife and three kids,” he told Vice Sports. “I want to be known as a good guy who cared about others, who was a good husband and father, a family man.”