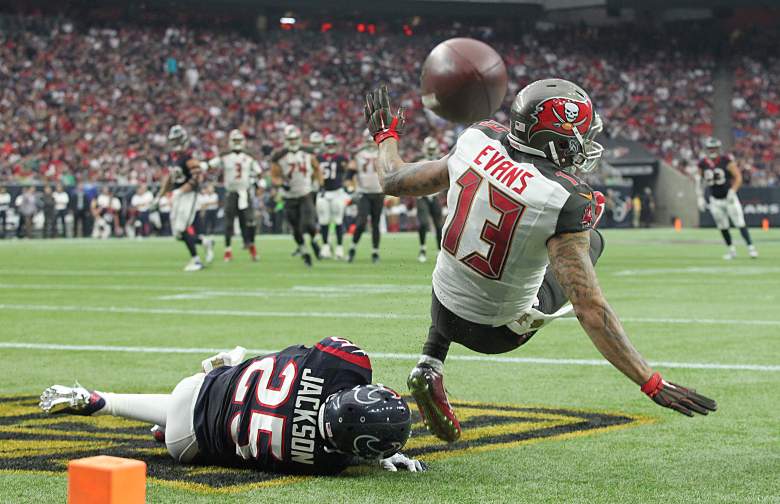 Mike Evans had a series of drops that cost the Bucs dearly last week in Houston. (Getty)

The NFC South was largely ridiculed for having a division winner with a record less than .500 in 2014. Through three weeks it appears that has no chance of repeating itself in 2015.

The Panthers and Falcons are both off to 3-0 starts, and although all six of those wins have been competitive both teams have hopes of reaching double-digit wins. The Panthers travel to Tampa looking to bury the 1-2 Bucs at Raymond James Stadium.

The Panthers are listed as 3-point road favorites against the Buccaneers at sportsbooks monitored by OddsShark.com.

Carolina is third in the NFL in points allowed and won a wild 27-22 divisional game at home against the New Orleans Saints last weekend. Cam Newton threw for 315 yards and two touchdowns and watched his defense seal the game with a late interception from Josh Norman.

Carolina is 4-1-1 ATS in its last 6 games, and has won eight of its last nine games overall. Carolina is 9-3 SU in its last 12 games when playing on the road against Tampa Bay, and 4-2 ATS in the last six visits to Tampa.

Tampa is coming off a 19-9 loss to Houston in a game that it missed three field goals and an extra point. In Week 2, the Buccaneers held off the New Orleans Saints on the road.

OddsShark’s predicted score calculator has the Buccaneers holding a small 21-20.2 edge, about four points away from the line set by oddsmakers.

The total for Sunday afternoon’s Panthers vs. Buccaneers betting matchup is set at 39.5 points at the sportsbook.