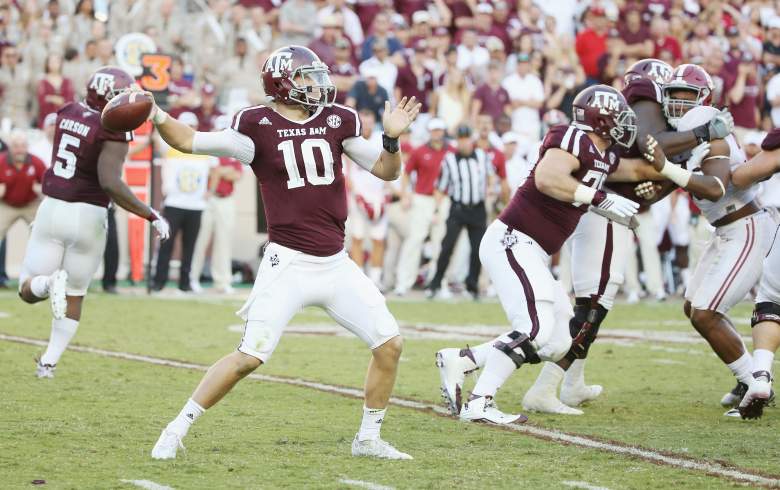 Texas A&M heads to The Grove to face Ole Miss on Saturday night. Both teams are coming off disappointing losses and will be looking to rebound. Texas A&M lost decisively to Alabama in a game where quarterback Kyle Allen threw three pick-six interceptions. Ole Miss was upset by Memphis on the road.

The Aggies enter the game at 5-1 while the Rebels are 5-2. According to OddsShark, Ole Miss is favored by 6 points. Ole Miss is 4-3 against the spread this season while Texas A&M is 4-2.

The over/under is set at 65.55. The total has gone under in four of the last five games for Ole Miss.

The OddsShark computer projects Ole Miss to win 29 to 22.2. The computer is taking Ole Miss to cover the spread and the under on the point total.

The matchup to watch is quarterback Kyle Allen against the Ole Miss defense. Allen had been virtually mistake free before playing Alabama last week. The Ole Miss defense had been thought to be one of the best in the country but has given up 35 points in two of the last three games.

Ultimately, Ole Miss has the talent to get things back on track. The defense is not as good as we thought at the beginning of the season, but the offense will get them back in the win column. The game gets under way on ESPN at 7 PM ET. 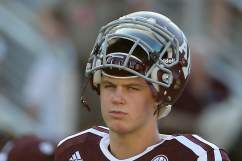 Read More
College Football, Football, Sports Betting
The Aggies take on the Rebels in a Saturday night SEC matchup. Our betting guide previews the game and offers our pick against the spread.