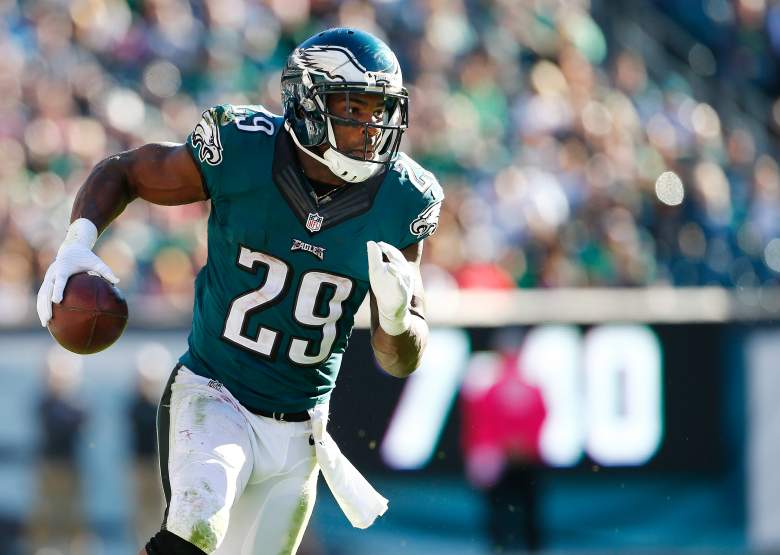 Philadelphia Eagles running back DeMarco Murray added to his team’s lead with a 12-yard touchdown run in the third quarter. (Getty)

Check out this play and remember, again, why you drafted Murray for your fantasy team in the first place:

Overall, Murray has been having a pretty good night. These are solid stats:

5. 3 yards per carry for Murray tonight. #Eagles with 86 rushing yards. Murray has 53. Giants only allow 80 yards per game on the ground.

He’s not closing in on the century-mark quite yet, but it’s important to note that Murray rushed for over 120 yards against Big Blue in both of his games with the Dallas Cowboys last season. The last running back to rush for over 120 yards in three straight games against the New York Giants was Emmitt Smith. He was pretty good, right?