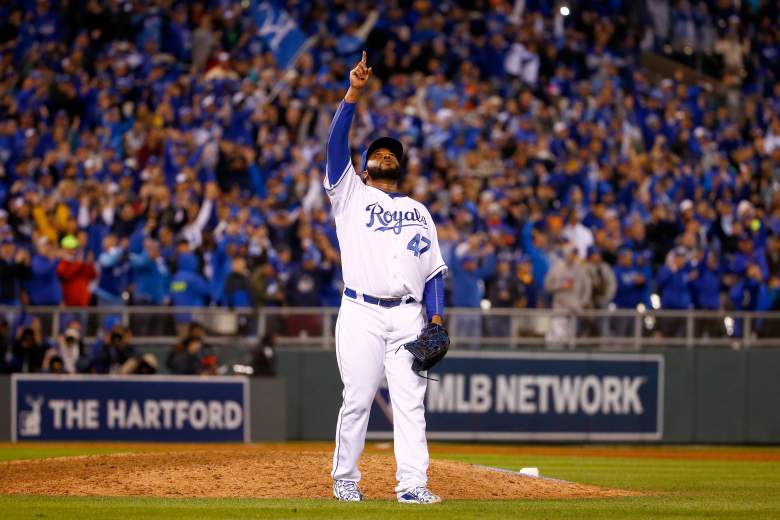 Cueto gave up two hits in a complete-game effort that was nothing short of historic on Wednesday night. (Getty)

Johnny Cueto had a pretty good night on Wednesday.

The Kansas City Royals threw a complete game for his squad in Game 2 of the World Series as the team cruised to a 7-1 over the New York Mets. Check out his final-out reaction here:

Johnny Cueto just threw the first complete game for KC since Game 7 of the 1985 World Series. Royals win, 7-1. This team is a juggernaut.

It was a performance that no one quite expected from Cueto. The last time Cueto took the mound for the Royals, he gave up six hits and eight earned runs in just two innings. So, this was a little bit better.

Kansas City heads to Queens for Game 3 of the World Series on Friday night.