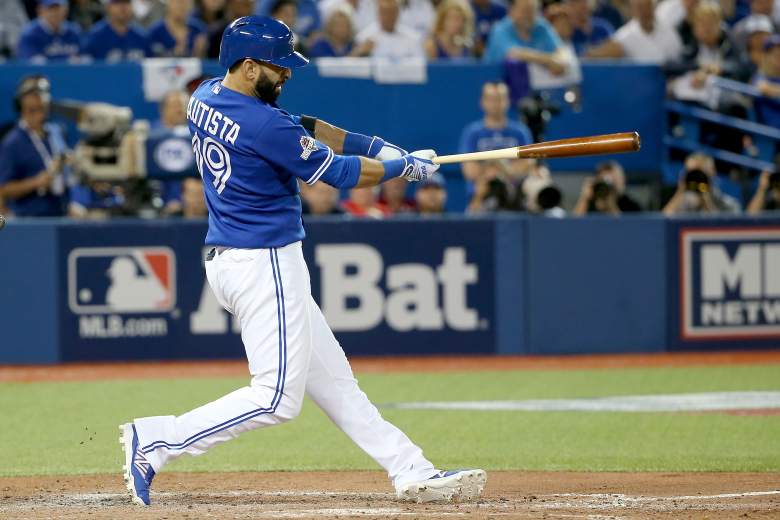 Jose Bautista crashed a three-run home run in the bottom of the seventh inning to put the Toronto Blue Jays in the lead. (Getty)

Watch this hit. It’s a good one:

After the incredible play in the top of the seventh inning to put the Texas Rangers up by one run over the Toronto Blue Jays, the home team answered in a big way. Jose Bautista connected on an absolute bomb of a home run with a three-run shot to put his squad back in the lead.

It was pandemonium in Canada.

The whole bottom of the inning was fairly chaotic for the Rangers who left three outs on the field after three errors put runners on the bases with no outs. Toronto tied up the game on a fielders choice RBI by Josh Donaldson after a ball landed in short center field just out of the infield.

Then, Bautista. The right fielder stepped up to the plate and absolutely drove a shot into the stands. He knows that’s a home run: