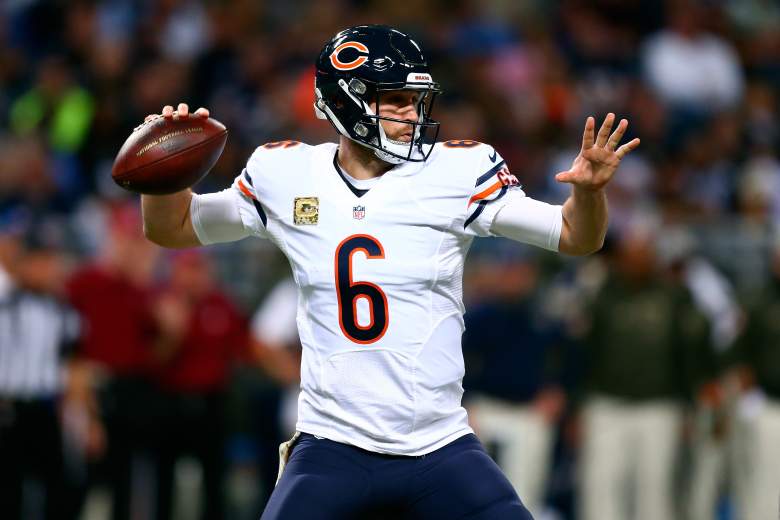 Chicago Bears quarterback Jay Cutler looks to keep his team rolling with a matchup against the Denver Broncos on Sunday. (Getty)

The Denver Broncos need to snap out of it.

In danger of losing three straight for the first time in four seasons, the squad heads to Chicago to take on former coach John Fox and it certainly won’t be easy. The Broncos sputtering offense take on the Chicago Bears with Brock Osweiler under center, making his first-ever career start on Sunday afternoon.

This one is going to be a challenge. Here’s everything you need to know about the game:

TV Channel: Locally broadcast on CBS with Ian Eagle and Dan Fouts on the call. Click here to see if you fall within the coverage zone.

Game Preview: Once upon a time the Denver Broncos were 7-0 and riding one of the most impressive defensive performances in the entire NFL. Now, it’s all a little bit different.

Peyton Manning is sidelined, battling a handful of injuries after throwing four interceptions in last week’s 29-13 loss to Kansas City. Those injuries have added to Manning’s downward spiral, including a career-low 67.6 passer rating, 59.9 completion percentage and 17 interceptions to just nine touchdowns.

Denver coach Gary Kubiak chastised himself a bit for keeping Manning as long as he had, but now is focused on getting Brock Osweiler up to offensive-speed against a Bears team that has been on the rise for the past few weeks.

The Broncos will look to Osweiler to jumpstart the offense, but the key rests in the run game. Denver ranks 29th in the league in rushing, averaging 86 yards. That has to change.

Chicago’s offense has been the highlight of its upswing, but the Bears defense has also been improving. After giving up 35 points during an 0-3 run to start the season, Chicago is giving up 21.5 points per game.