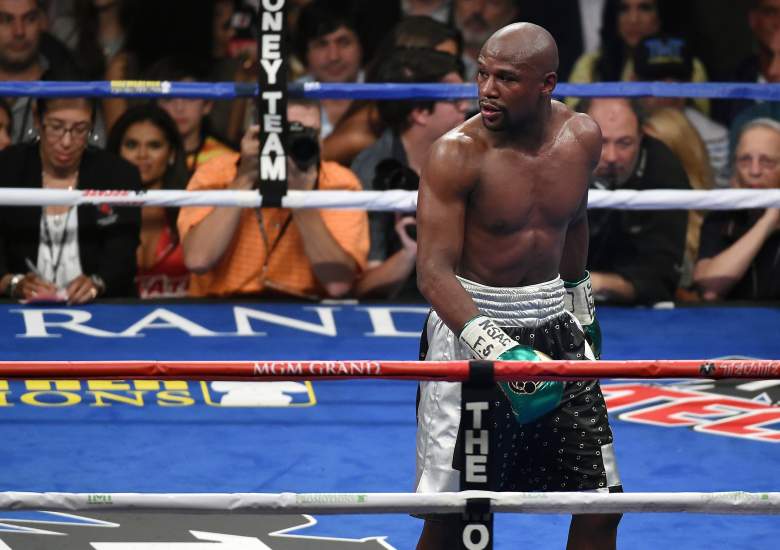 Mayweather was undefeated in the ring and it earned him a pretty good paycheck. (Getty)

The top-paid athlete in the entire world, the boxer is worth a reported $300 million and is not only dominant in the ring, but has big-time plans for his financial future as well. Mayweather serves as his own manager and retains all the revenue from tickets, pay-per-view and sponsorships and covers the costs, including the purse for his opponent.

No wonder he’s raking in the cash. Here’s what you need to know about Mayweather’s net worth, his post-fight revenue and his plans outside the ring:

1. Mayweather Is the Highest Paid Celebrity According to Forbes

The boxer isn’t shy about sharing his wealth – or at least photos of it – on his social media accounts. (Instagram)

Every year Forbes publishes its annual list of the 100-highest earning celebrities. And, for the pats four years, Mayweather has made the list.

This year, though, Mayweather made history.

Mayweather’s prolific career, and mind-blowing earnings statement, also blew past the previous record held by Tiger Woods who banked $115 million in 2008. No wonder Mayweather is regularly posting photos with money on his social media accounts. He’s got some to spare.

2. He Reportedly Earned ‘At Least’ $220 Million From His Fight Against Manny Pacquio

It was deemed the fight of the century and Mayweather certainly was paid as such.

36 minutes in the ring and Mayweather made a reported $220 million for his May 2, 2015 fight against Manny Pacquiao on pay-per-view. To be that into perspective, Tim Duncan has made $235 million in his 18-year career with the San Antonio Spurs.

Overall, the fight generated close to $600 million in revenue and is the most lucrative boxing bout of all time. The money is the result of a guaranteed purse, $72 million in tickets sales and then a record $19 million in closed-circuit revenue as more than 5,000 bars and restaurants showed the fight.

Of course, that $220 million mark does not include the taxes that were taken out, but also don’t include the millions of dollars in merchandising Mayweather made during the fight. According to ESPN, hats in the MGM Grand hotel lobby cost $50 and up and the majority of sales were for Mayweather’s “The Money Team” items. 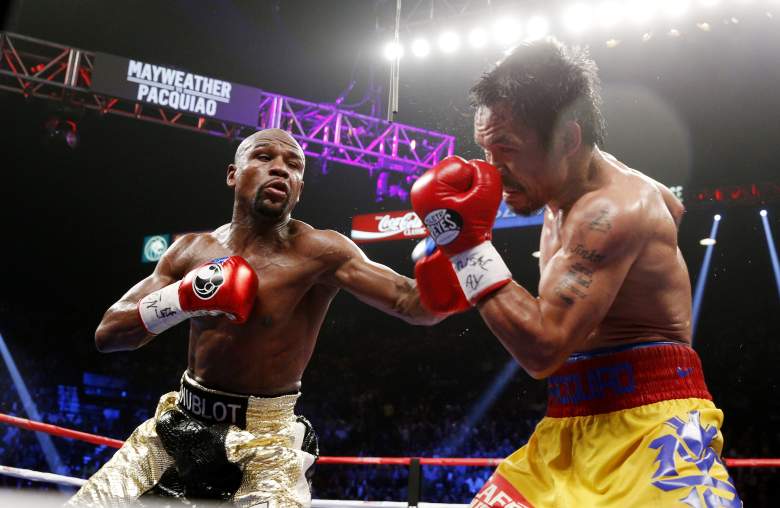 Mayweather didn’t have a history with endorsements until he took Pacquio in the ring. (Getty)

Mayweather did have a deal with Reebok in 2009, but just weeks after signing his multi-million contract with the athletic company he went into a Nike store, spent thousands of dollars and posted it all to social media. Reebok was less than pleased, Mayweather understood and gave them his endorsement money back.

So, overall, Mayweather and endorsements haven’t gone together.

It also hasn’t helped that the top boxer in the world has a history of domestic violence and companies have, reportedly, shunned him. Sports Illustrated even went so far as to call him “the most hated athlete in professional sports.”

Then, the Mayweather-Pacquio fight was announced and the companies came calling. Burger King, FanDuel and Swiss watchmaker Hublot all inked $1 million deals with the boxer, looking to get product exposure in the rink. Hublot had placement on the waist of Mayweather’s boxing trunks while FanDuel got its name on the bottom of his leg. Lastly, Burger King’s mascot walked into the ring with Mayweather. 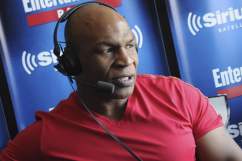 4. He Had a 30-Month, Six Fight Deal With Showtime

They call him “Money” for a reason.

In February, 2013, Mayweather and Showtime announced a record-breaking deal that would unite the boxer with the network for the foreseeable future. The deal was a revenue-sharing agreement between SHOWTIME PPV and Mayweather and allowed him to schedule six fights over a period of 30 months.

The deal was called the “richest individual athlete deal in all of sports” and wile the financial details were “contractually confidential,” it’s safe to assume the move was a major financial gain for Mayweather.

After all, the Showtime deal meant Mayweather had left his previous deal with HBO. His nine PPV events with the network generated 9.6 million buys and $543 million in television revenue, according to the network.

5. Mayweather Manages His Own Carreer In & Out the Ring

Mayweather doesn’t only run his own career – he also manages several other boxers. (Instagram)

For the first ten years of his career, Mayweather was managed by a group of boxing promoters, Top Rank, but as his reputation and record grew, so did his own personal aspirations. So, in 2006, Mayweather paid $750,000 to buy himself out of his contract and started to manage his own fights.

It was a pretty good choice.

In his next fight alone, Mayweather earned a career-record $8 million and then went on to earn $25 million in his split-decision fight against Oscar De La Hoya. It was the first of ten straight fights which earned him at least $25 million.

From there on out, Mayweather started managing not only his own boxing career, but his life and future outside the ring as well. He started his company, Mayweather Promotions, which handles 12 other fighters as well. Mayweather competed on Dancing with the Stars in 2007 and then staged a brief career of cameos on WWE earning a reported $20 million for an appearance at Wrestlemania that year.

Now, Mayweather is focused on what’s next. “I don’t think people realize just how focused he is on being more successful outside the ring than he is inside,” Mark Cuban said.