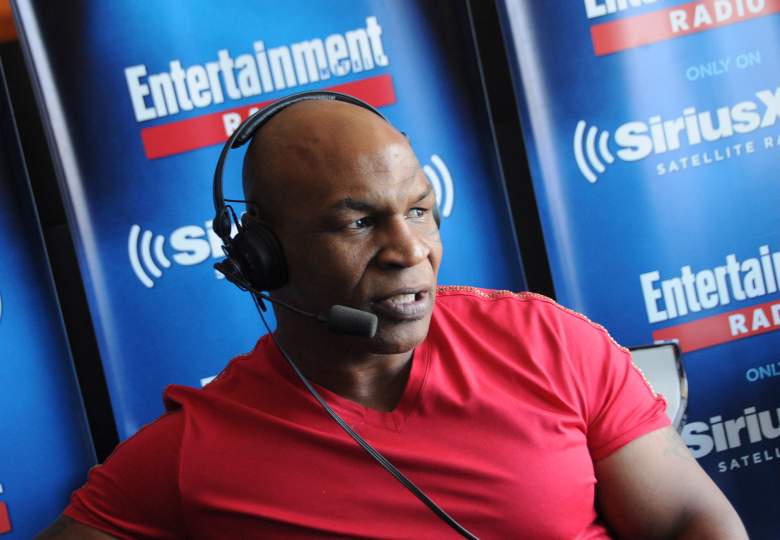 Mike Tyson’s rise and fall from fame has become the stuff of cautionary legend in the sports world. (Getty)

Once upon a time, Mike Tyson was on the top of the world.

He was a standout fighter, a respected athlete and one of the wealthiest men in the entire world. That was a long time ago, though. During the prime of his career, Tyson was worth upwards of $300 million, but after controversy, poor financial decisions and  bankruptcy, the former world heavyweight champion is worth just $1 million.

Now, with his troubled past behind him, Tyson is working on a handful of new projects that, he hopes, will help rejuvenate his career. He was even the subject of another 30-for-30 on ESPN, Finding Tyson, which premiered on November 10.

Here’s what you need to know about Tyson’s net worth:

1. Tyson Was Reportedly Worth $300 Million at the Peak of His Career

At the peak of his career, Tyson was worth a reported $300 million, bolstered by the strength of a dominant boxing career.

Tyson’s first major victory in the ring came at the 1982 Junior Olympics, and just three years later, on March 6, 1985, he made his professional debut against Hector Mercedes in Albany, New York. The fight ended with a KO and Tyson would go on to win 26 of 28 professional fights by KO/TKO.

At the age of 20, Tyson became the youngest Heavyweight champion in boxing history. He went on to fight some of the top heavyweights in the world, including victories against James Smith, Pinklon Thomas, and Tony Tucker. At the time, Donald Saunders wrote of Tyson’s rise to fame:

The noble and manly art of boxing can at least cease worrying about its immediate future, now [that] it has discovered a heavyweight champion fit to stand alongside Dempsey, Tunney, Louis, Marciano and Ali.

As his star continued to rise in the ring, so it did in pop culture as well. Nintendo released Mike Tyson’s Punch-Out in 1987 and the game sold more than a million copies.

2. His ’92 Divorce & Legal Issues Took a Toll on His Career & Earnings 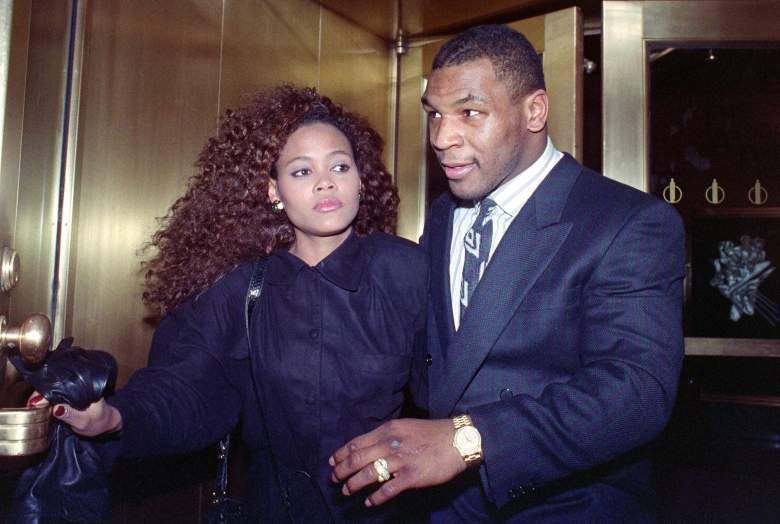 Tyson and Robin Givens were married for just a short time before filing for divorce. (Getty)

Tyson was at the top of the sports world in 1988 when things started to take a turn for the worst and his problems outside the ring began to impact his financial standing.

Tyson’s marriage to Robin Givens ended in divorce and his future contract was being fought over by Don King and Bill Cayton. In late 1988, Tyson fired longtime trainer Kevin Rooney and critics quickly pointed out that his form suffered.

By 1990, Tyson had lost direction. On February 11, 1990 he lost the undisputed championship to Buster Douglas in Tokyo, despite being the heavy betting favorite. In the tenth round, Tyson was knocked out for the first time in his career. The loss sent Tyson spiraling away from the ring and affected the rest of his career.

In 1992 he was accused of the rape of the 18-year-old beauty queen Desiree Washington. He spent the next three years in prison. 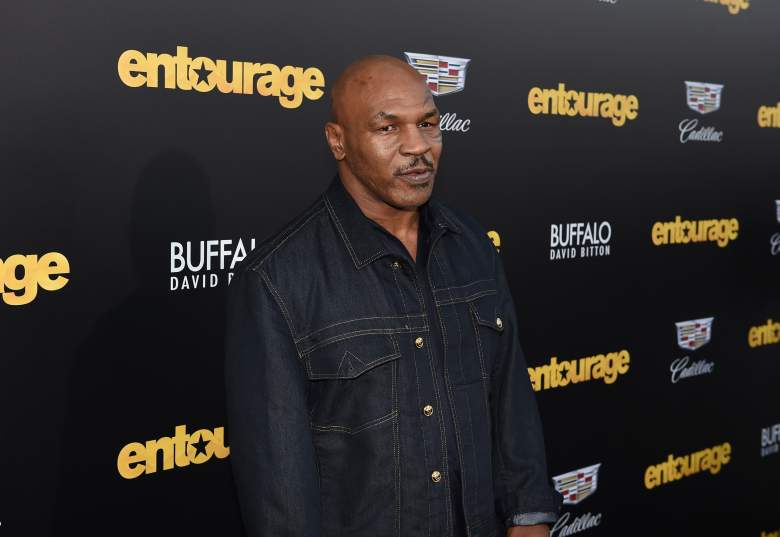 Despite his best efforts to get back to his previous dominance, Tyson could not quite reach the threshold. In 1997, Tyson fought Evander Holyfield in an attempt to regain his world crown and was paid a fee of $30 million. Then, infamy. Tyson bit a lump off of Holyfield’s right ear, then bit the other ear as well. The fight was stopped, and Tyson was disqualified and charged a $3 million fine.

It was the beginning of the financial end.

Over the next six years, before declaring bankruptcy in 2003, Tyson squandered away hundreds of millions of dollars. According to The New York Times, the former champion spent upwards of $173,000 on a gold chain lined with 80 carats in diamonds, simply because he saw it in a Las Vegas jewelry store. This was the norm. He also never paid for it. Many stores assumed Tyson would be good for the money, simply because he was Tyson. That was, of course, until there was no money. Mordechi Yerrushalmi told The New York Times:

Knowing him for so long, I gave him the merchandise and knew he’d pay later. He had open credit with me. … He’s been through his ups and downs. He will make good on it.

In 2003, Tyson owed money to nearly everyone. The IRS demanded $13.4 million, British tax authorities were owed $4 million. Seven law firms were owned more than $600,000 and the treasuries of Georgia and Michigan were owed $317,201 by Mike Tyson Enterprises. 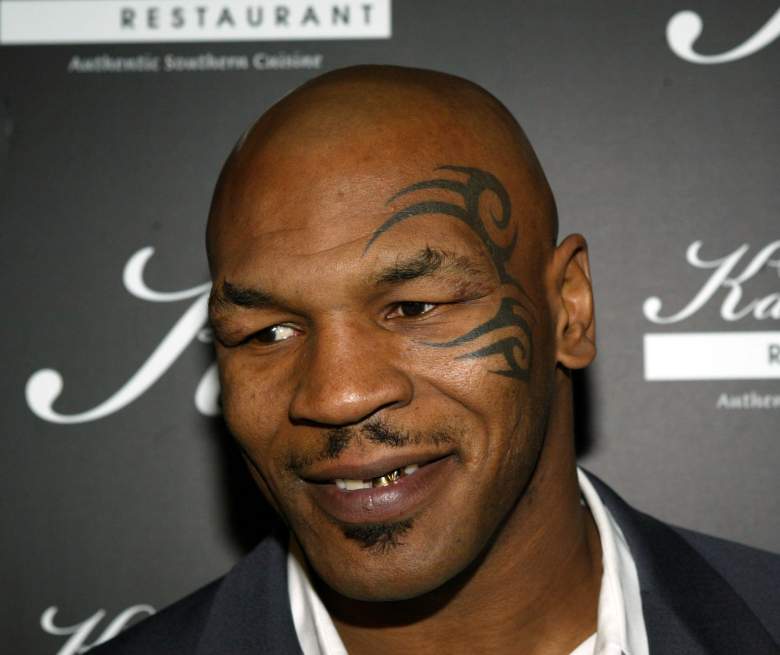 Tyson’s ex-wife sold his mansion for a reported $4 million-plus in 2009. (Getty)

Once described as “the most notorious house in Connecticut,” Tyson’s former home, a 50,000-square-foot, 52-room estate in Farmington, was sold to 50 Cent in 2004. The mega-mansion was originally built in 1985 for Benjamin Sisti at the reported cost of $2.3 million.

Sisti declared bankruptcy in 1990 and the home went into foreclosure before being sold to the People’s Bank for $3.5 million in an auction. The home changed hands several times before Tyson bought it in 1996 for $2.8 million. In 2003, the home was awarded to Tyson’s ex-wife, Monica Turner, as part of the pair’s divorce settlement. Just months later, 50 Cent purchased the home, fresh off the success of his hit album Get Rich or Die Tryin’.

The rapper reportedly spent $6 million renovating the property, which was eventually featured on MTV Cribs. 50 Cent tried several times to sell the property, beginning in 2007, before being forced to list the home as part of his bankruptcy in July 2015.

Despite everything, Tyson has managed to stay in the public eye. It has not been easy. In 2005, he told USA Today:

My whole life has been a waste – I’ve been a failure. I just want to escape. I’m really embarrassed with myself and my life. I want to be a missionary. I think I could do that while keeping my dignity without letting people know they chased me out of the country. I want to get this part of my life over as soon as possible. In this country nothing good is going to come of me. People put me so high; I wanted to tear that image down.

After his fall from dominance, Tyson retreated to a home in Phoenix, Arizona, where he spent time tending 350 pigeons. He also started promoting a variety of websites and companies as well as holding boxing shows throughout Las Vegas. Tyson also started a tour of exhibition bouts to pay off his debts.

In August 2001, Tyson partnered with Spike Lee for a one-man Broadway show called Mike Tyson: Undisputed Truth. The show also went on a 36-city, three-month national tour and was aired on HBO in November 2013. Most recently, Tyson has teamed with Adult Swim for a brand-new animated series called Mike Tyson Mysteries, which premiered in October 2014.