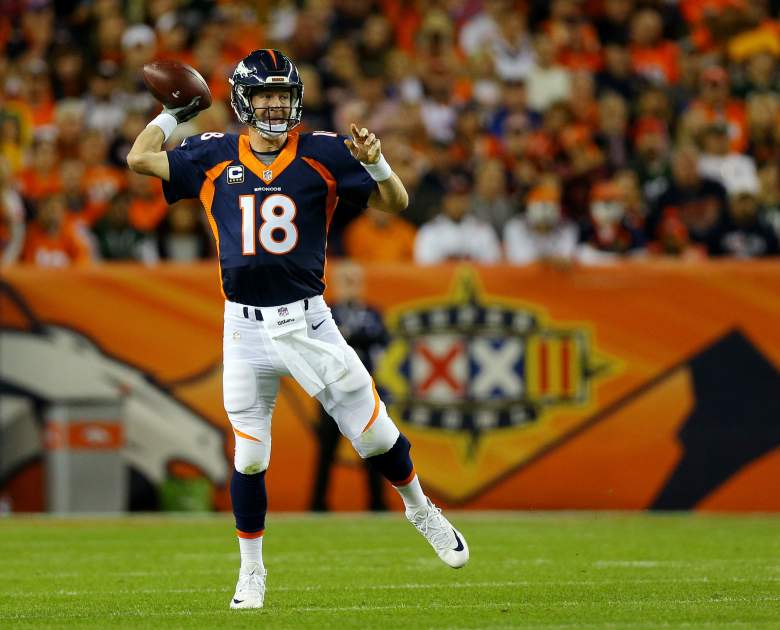 Peyton Manning looked like his old self against the Packers. (Getty)

The Denver Broncos got a massive win at home on Sunday Night Football against the Green Bay Packers. Despite entering the game as an underdog, the Broncos were victorious 29-10.

It was vintage Peyton Manning as he connected early and often with wide receiver Demaryius Thomas. Manning was 21-of-29 for 340 yards, one interception and no touchdowns. Manning did not have a passing touchdown as the Broncos scored three rushing touchdowns.

The Packers offense struggled throughout the night and the Broncos defense continued to look like the best in the league. Aaron Rodgers only had 77 yards passing.

Here is how the Broncos cruised to victory:

Ronnie Hillman Opened the Game With Back to Back Touchdowns

Hillman punched in a touchdown midway through the first quarter. Demaryius Thomas was stopped just inches from the goalline and Hillman was able to get the first touchdown of the game.

He followed that up in the second quarter with another short touchdown. The score gave the Broncos a 14-0 lead. At that point in the game, the Broncos had over 200 total yards compared to 30 yards for the Packers. Peyton Manning looked good early.

Eddie Lacy Got the Packers on the Board

Eddie Lacy. Up the middle. #TOUCHDOWN! Packers are on the board. 17-7 @Broncos lead. 2:58 left in the 1st half. pic.twitter.com/MkAq8tZGOL

Lacy scored a short yardage touchdown to put the Packers on the board midway through the second quarter. The Packers offense struggled early on against the Broncos stout defense. The Broncos led 17-7 at halftime.

The score also made many fantasy owners happy. Lacy has struggled early in the season and has frustrated those who have him on their team.

Anderson continued the Broncos stellar night on the ground. He scored on a 28-yard touchdown and gave the Broncos a 24-10 lead in the third quarter. Like the Lacy fantasy owners, those with Anderson on their team are also happy after his recent struggles.

The Broncos Forced a Safety

DeMarcus Ware had a sack and forced Aaron Rodgers to fumble the ball. The Packers recovered the ball in their own endzone which resulted in a safety. The play gave the Broncos a 29-10 lead early in the fourth quarter. 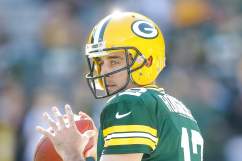