In the state of Alabama, there is one game that matters every year: Alabama vs. Auburn. This year’s Iron Bowl is a tale of two different seasons.

Alabama vs. Auburn: The Iron BowlSubscribe ► youtube.com/subscription_center?add_user=UCXovZWLiLAQwhc07L_TuHYQ Produced and edited by Justin King (twitter.com/JustinKing) This is the biggest game of the season. This is where records don't matter, rankings are irrelevant, and passion is at its peak. This is the Alabama Crimson Tide vs the Auburn Tigers. This is the Iron Bowl. Watch the video above to see some…2015-11-22T00:40:07.000Z

Alabama is 10-1 and playing for the chance to clinch the SEC West with sites on another College Football Playoff appearance. Auburn is 6-5 after beginning the season with lofty expectations.

While the season has not gone the way Auburn fans would have liked, the Tigers still have the opportunity to spoil Alabama’s season. If Auburn wins, there is a good chance it would eliminate them from contention for the SEC title and most likely prevent them from making the College Football Playoff.

Here is what you need to know about the 2015 Iron Bowl:

Line:
Alabama by 13.5 (Line is according to OddsShark and is subject to change.) 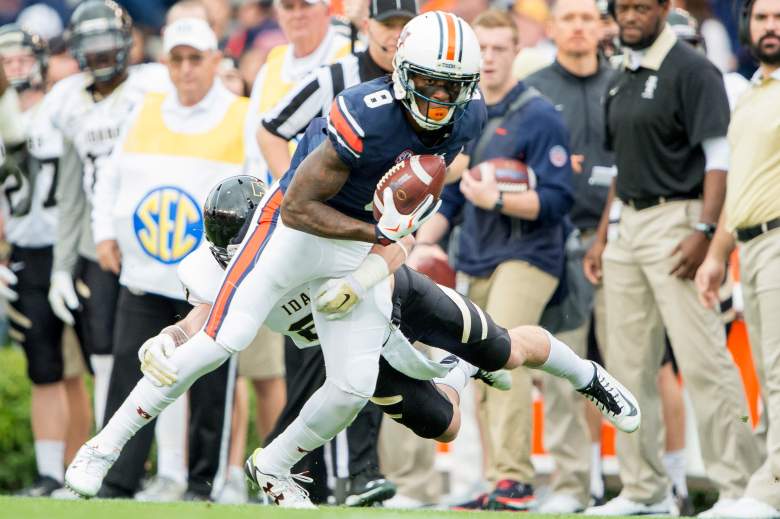 Auburn looks to pull off the upset against Alabama. (Getty)

Auburn has had a disappointing season and a big part of the problem is the uncertainty at the quarterback position. Jeremy Johnson was thought to be one of the best quarterbacks in the SEC heading into the season. He got off to a brutal start and the Tigers have alternated quarterbacks throughout the season. They have yet to announce who will start against Alabama. 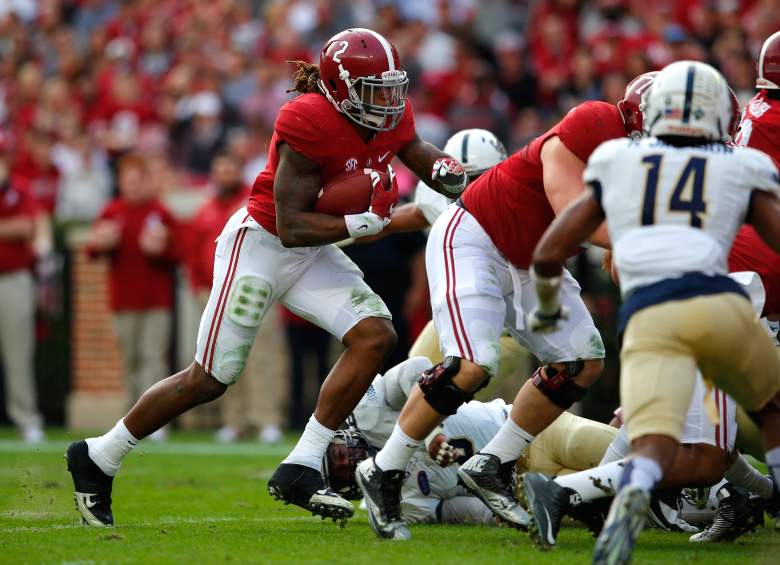 Derrick Henry has been a big reason for Alabama’s success. (Getty)

Alabama is playing as well as anyone in the country. The team is built like the Alabama teams of old with a punishing run game and stout front seven. The offense has been powered by the physical play of running back Derrick Henry. Alabama’s defense continues to be the focal point of the team, and it has been difficult for any opposing offense to have success against them over the last two months.

Auburn will feed off the home crowd and hang around for a while in this rivalry game. Expect Alabama to pull away in the second half and get the road victory. It could be a long day for whoever Auburn starts at quarterback against one of the best defenses in the country.

Read More
College Football, Football
It is time for another Iron Bowl as Alabama takes on Auburn on Saturday afternoon. We preview the game and give our prediction on the outcome.