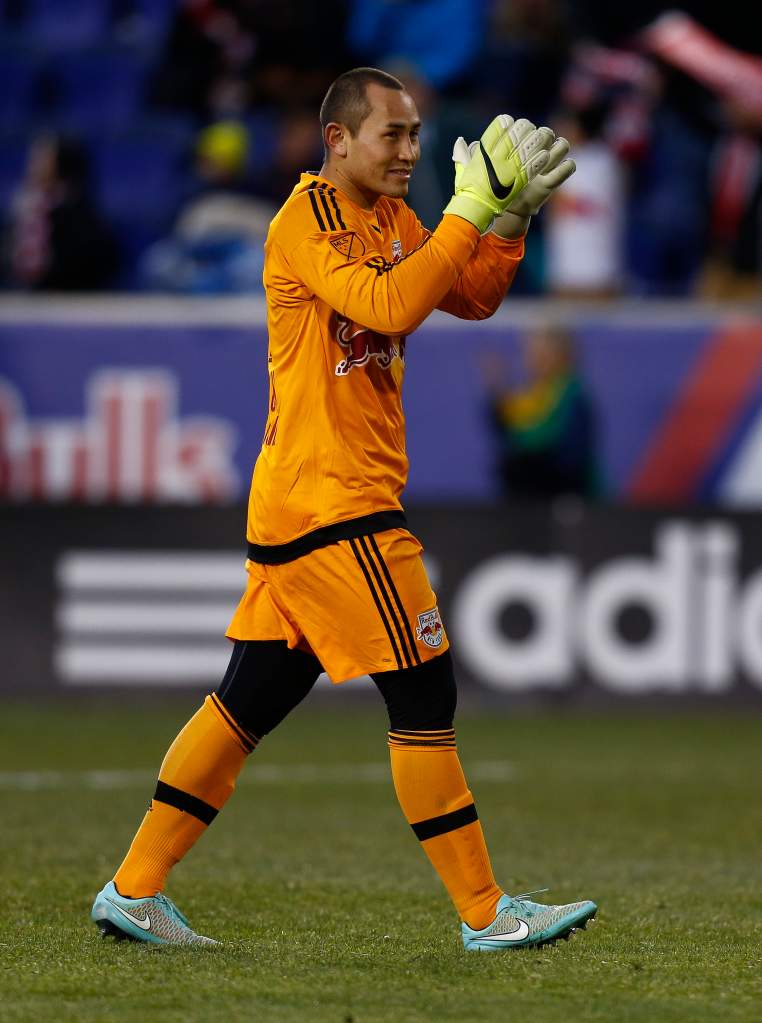 Luis Robles of the New York Red Bulls was named goalkeeper of the year today after being with the team since 2012 and beating rival Bill Hamid of D.C. United. (Getty)

Luis Robles of the New York Red Bulls was just named the Allstate Goalkeeper of the Year.

Robles, who has been with the club since 2012, beat the Vancouver Whitecaps‘ David Ousted and D.C. United‘s Bill Hamid, last year’s Goalkeeper of the Year.

This award will certainly give Robles and the Red Bulls a boost of confidence for this Sunday’s first game of the Eastern Conference finals against the Columbus Crew.

Here’s what you need to know about Robles: 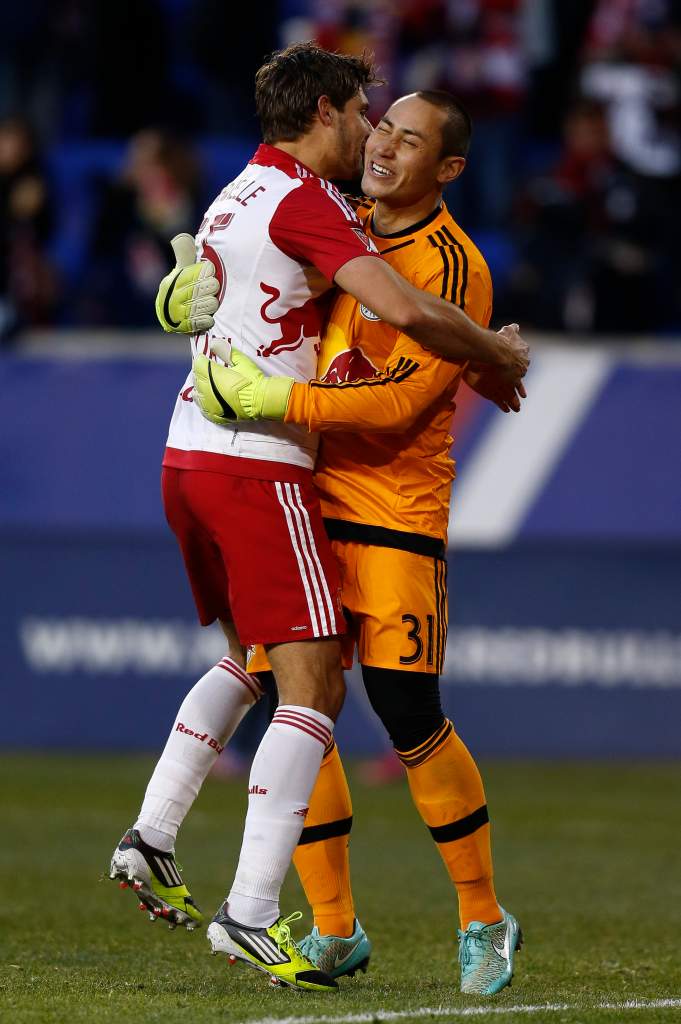 Robles attended the University of Portland and spent the 2003 and 2004 summers playing in the Premier Development League with Boulder Rapids Reserve.

Prior to joining the Red Bulls in 2012, Robles spent five seasons in Germany, three with the Kaiserlautern team from 2007 to 2010 and then he made 28 appearances for Karlsruher soccer club from 2010 to 2012, according to his Red Bulls bio.

“He’s one of the elite goalies in this league. His presence in the goal is big. Because of his personality he’s such a calming influence on our team – that’s his greatest quality. He has an assuredness and a steadiness and a belief in himself that makes everybody in the back feel comfortable with him behind them.”

Robles explains that this award is a great honor and he hopes it is the first of many, not just for him but for the team as a whole. He also finished fourth in the voting for MLS Goalkeeper of the Year in 2013. 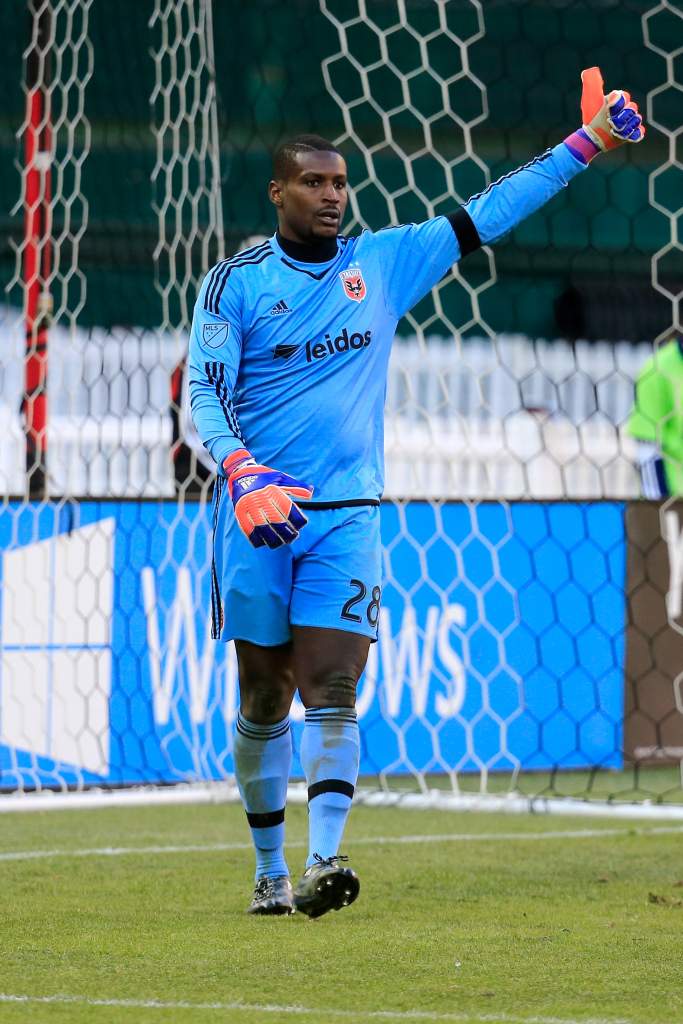 Goalie Bill Hamid of D.C. United celebrates after making a second half stop against the Montreal Impact. He won the award last year. (Getty)

Here’s what went down with the voting for the goalkeeper of the year award. Robles won the media vote (36.6%) and player vote (23.8%) but was second to Hamid among club management (29.1% to 23.6%). If Hamid would have won, he would join other back-to-back winners Zach Thornton, Joe Cannon, Pat Onstad and Donovan Ricketts as two-time winners, according to Sports Illustrated.

Robles is the second goalkeeper in team history to win the award. Tim Howard was the MLS goalkeeper of the year with the in 2001 when the Red Bulls were the Metro Stars, according to Fox Sports. 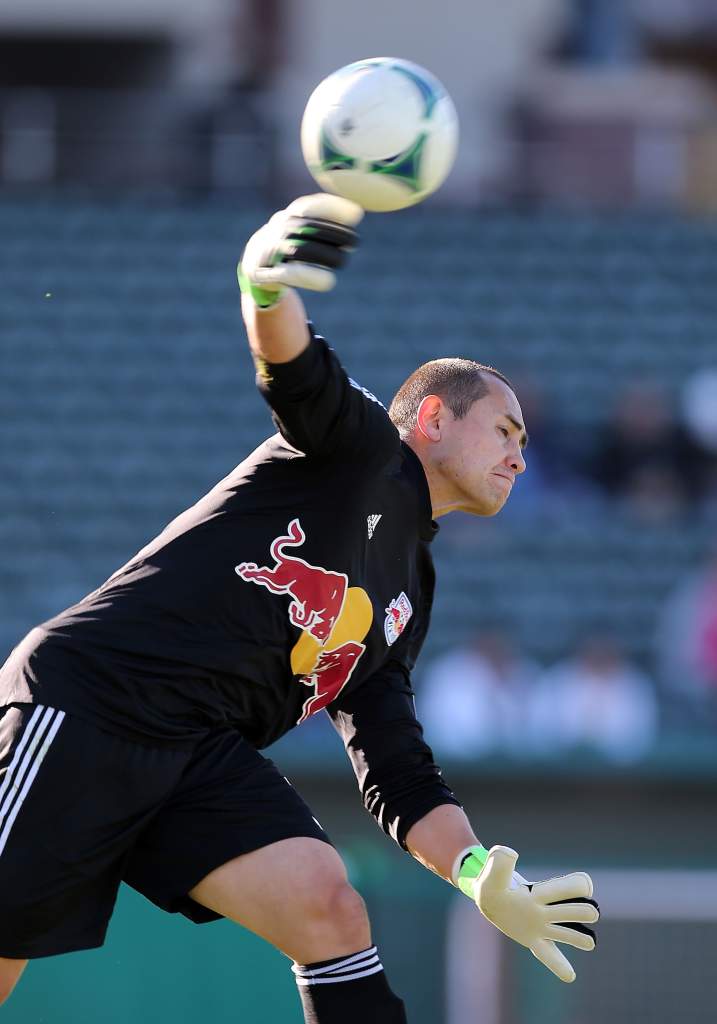 Robles has played every minute of the last 117 MLS regular season and playoff games for the Red Bulls, totaling 10,560 minutes.

Robles said in an interview with Fox News Latino:

“When I think about it, it’s fortunate in a sense that I’m a goalkeeper. So the wear and tear is different,” Robles said. “It’s not necessarily the same sort of fatigue and exhaustion. It’s staying sharp mentally and taking care of my body between games. You still need a little bit of luck. There are certain variables that I can’t control, such as injuries.”

Not only did Robles play in every game of the 2015 season, this was actually Robles’ third straight season starting in every game for the Red Bulls, according to Fox Sports. 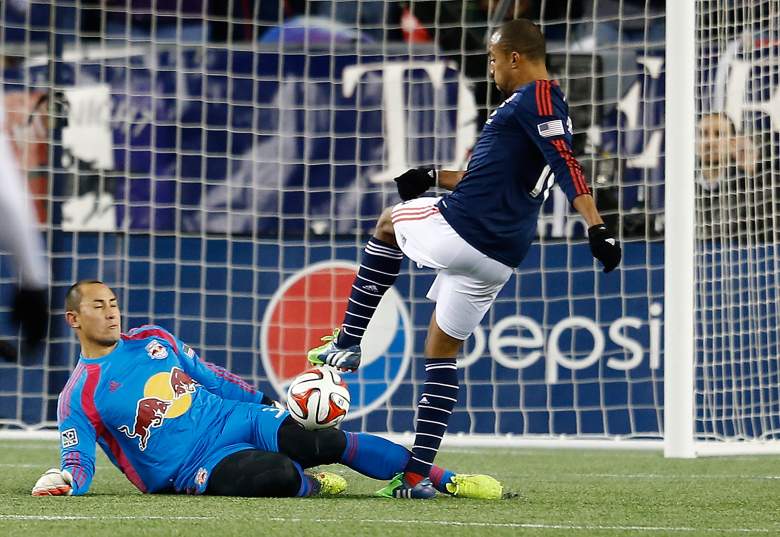 According to his player bio on the Red Bulls website, Robles was originally drafted to D.C. United in 2007 but he decided not to join the club. He was drafted in the fourth round of the 2007 MLS SuperDraft (50th overall).

He decided not to play with the team and go abroad, which was always his dream, to play professionally in Germany. He eventually ended up coming back to the United States to play after it became clear his time in Germany was coming to an end and he spent quite a few games on the bench.

But his Red Bulls teammates seem to like him as both a player and person. Midfielder Lloyd Sam said to Fox News Latino:

“Robles and I were signed basically the same week back in 2012. I’ve been around him a lot for a few years, and I’ve seen him work his way into the team. I know what he’s capable of, one of the best shot-stoppers I’ve worked with. I’ve got full confidence in him.” 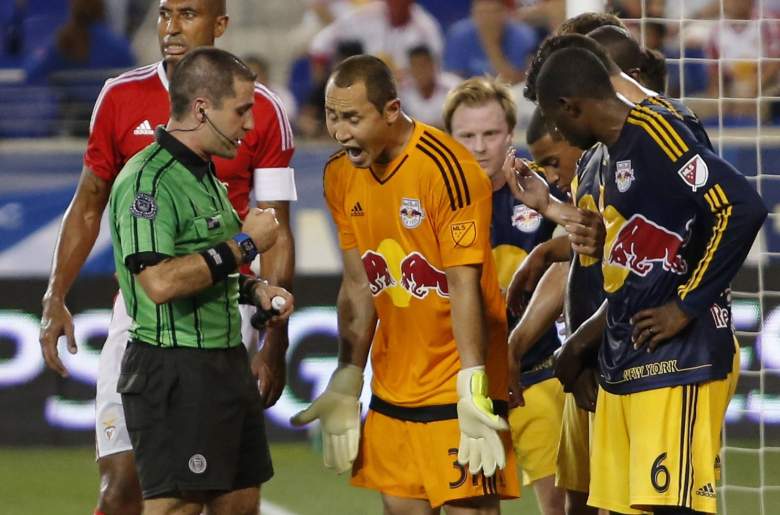 The Red Bulls will be playing away this Sunday against the Columbus Crew. Coming off an exciting final-minute goal during their most recent game against D.C. United, this game promises to be exciting as well.

But this game and next Sunday’s second-leg game against Columbus at the Red Bulls arena, aren’t just any match-up they’re for a spot at the championship. With just winning the Supporter’s Shield for best MLS regular season record for the second time in the past three seasons just before entering the MLS Cup Playoffs, the Red Bulls have been on a good pretty good streak.

Robles talked to Fox News Latino during an interview last month explaining he feels fortunate to be part of this team and wants to be the best player and teammate possible.

“It didn’t end well in Germany, and a lot of it was out of my control. Sometimes you’re put in a situation there’s so much turnover that you get lost in the [shuffle]. So to be able to come to an organization such as this, to be given another opportunity – another lifeline, if you will, I wanted to be able to pay them back by answering the two questions every single day: ‘Was I the best teammate possible?’ and ‘Did I give it my all’? If I can answer [those] positively more often than not, then I’ll be in a decent position.”